Take a look at our Aldwych office space, available to rent on flexible terms, including executive suites and furnished offices benefiting from a full service package. We also have coworking and shared workspace, conventional commercial property, desk rental, warehouse space, short term office space available with easy in/easy out options, and virtual office opportunities. Our easy to use, Midtown office space search service is focused on finding you the ideal business accommodation at competitive rates. 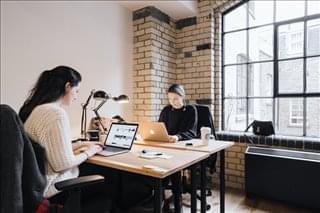 This imposing period property retains much of its original 1920s character and architectural features. At the same time, contemporary touches and modern technology have been infused throughout this historic property, from the lower ground level up to the eight floor.

Offering furnished office space for rent at 71-91 Aldwych, Aldwych House sits between the world-famous Covent Garden Market and the Strand. This Midtown location is... More info

Why You Should Rent Office Space in Aldwych

Aldwych forms part of the Northbank Business Improvement District, which also includes Trafalgar Square and the Strand. It has a diverse economic base that includes entertainment, hospitality, government and education services. The crescent-shaped street is home to several theatres.

The High Commissions of India and Australia are also located in Aldwych at India House and Australia House, respectively. Several buildings that form part of the London School of Economics (LSE) are found along Aldwych including Aldwych House, Clement House, Columbia House and Connaught House.

Hotels along Aldwych include The Waldorf Hilton, London and the ME Hotel. The London School of Economics (LSE) occupies a number of properties, including Aldwych House, Clement House, Connaught House and Columbia House.

With its location between the West End and the City, Aldwych is a good location for firms doing business with the entertainment industry as well as financial and legal institutions. It is also close to media, retail and fashion businesses in Covent Garden and wider West End area including Soho.

Aldwych is situated in Zone and the closest London Underground stations are Temple, Covent Garden and Holborn. The closest mainline train stations are Charing Cross, City Thameslink and Blackfriars.

Offices in the Aldwych area are also close to government departments and decision makers in Westminster. In addition the proximity to local universities makes it a good base for research and professional services firms.

Nearby serviced locations include 53-59 Chandos Place with about 19,500 square feet of prime office accommodation in the heart of Covent Garden. The business centre includes unique workspaces such as two 'think pods' and a documents station.

Amadeus House is west of Aldwych on Floral Street. This serviced office is part of a thriving retail, media and creative community. Amenities include a shared reception area, meeting rooms and administrate support.

London Office Space has office listings for a wide range of serviced offices, coworking, shared and private office space in Aldwych and throughout the West End of London. The featured listings above represent a small selection of the currently available spaces. If you can't see the space you're looking for let us know what you're after and we'll find it for you.

Situated in London's West End area, Aldwych is a theatre destination within the City of Westminster. The area began as an Anglo-Saxon village in the seventh century. The area shares its name with a one-way street that runs from Charing Cross, forming part of the A4 between London and Avonmouth near Bristol. The street was redeveloped during the early part of the twentieth century when the old Wych Street was removed.

The crescent-shaped street links with the Strand at both ends. Several notable buildings line the street including Aldwych Theatre and Novello Theatre, both of which opened in 1905. The theatres are located on either side of the Waldorf Hilton, London hotel and were both designed by W. G. R. Sprague.

Aldwych was the headquarters of the BBC World Service until 2012, and many of the buildings used by the broadcaster including Bush House, King House, Melbourne House and Strand House are now part of the King's College London Strand Campus. ITN also had operations at Television House at Number 61. The closed Aldwych tube station on the Strand is often used as a location for films and television programmes.

These shared and private offices in Aldwych are offered on flexible, competitive rental rates. The offices feature a comprehensive selection of facilities and services such as a manned reception with telephone answering, secretarial support, WiFi and broadband, meeting and conference rooms, telephone systems, central heating and air conditioning, car parking, bike racks, kitchens and showers, 24 hour secure entry, and more.

Browse the listings above for Aldwych serviced offices and shared space to rent with inclusive pricing, covering rent, business rates and facilities. In addition to the currently available office rentals listed, from time to time we are also able to offer offices to rent in other prime office locations in Aldwych and throughout London's Midtown office market. Fill in the Quick Quotes form or call now to speak to an expert 020 3965 9617.