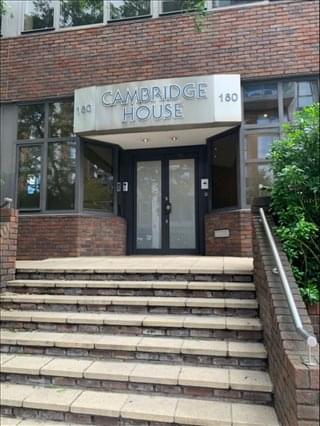 Conveniently located next to Putney station and a short walk to East Putney station, with District line connections to Putney Bridge and onwards to central London, the building also benefits from fully fitted kitchens on each floor, along with a variety of open plan areas, meeting rooms and private offices with furniture throughout. All floors can be divided to accommodate size requirements from 400 sq ft to 14,870 sq ft. The centre... More info 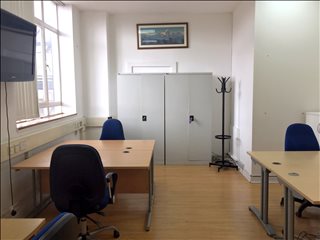 This is a modern self-contained workspace arranged over the ground and upper floors. The building comprises 10,000 sq ft of office space to rent, divided into approximately 60 office suites and meeting rooms, ranging from 100 to 1,000 sq ft. The business centre provides full furnishings for the serviced offices, with modern lighting, and each complemented by a range of support services. Accessible 24 hours a day, on-site amenities include... More info 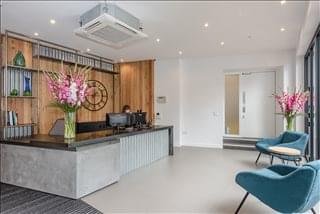 Set in the leafy Putney Common area, this centre is part of a secure gated development and offers a professional environment allowing your business to thrive. The centre offers office space to rent with a range of amenities that will benefit any potential tenants, such as air conditioning, meeting rooms, kitchen facilities, daily cleaning, high speed internet and IT infrastructure. The meeting rooms facilities are modern and ideal for... More info

Putney straddles two worlds. Despite being close to London's main business areas, the Putney area retains a laid back atmosphere thanks to several green spaces. Regular bus, Underground and rail services link the area via Putney Bridge, East Putney and the Putney Bridge station with London Waterloo in about 20 minutes, making it an attractive residential district for commuters. River buses via Clapham Junction also provide connections to the financial and economic districts of the City and Canary Wharf.

Leisure and entertainment sectors have a strong presence in Putney by virtue of its position as a major destination for Londoners looking to enjoy the outdoors. A major driver of the local retail economy, Putney's retail sector is centred around its high street and the Putney Exchange Shopping Centre. Opened in 1990 and refurbished in 2014, the shopping centre has a mix of High Street and independent retailers. Independent shops are also found at Victorian properties along Lacy Road, which links with the modern shopping centre. Like other parts of South West London, there is a mix of businesses in various sectors that are active in Putney.

Why You Should Rent Office Space in Putney

Offices in Putney come with all the top tier amenities, services and fit-outs you'd expect from bustling CBD office locations in central London, but in a quieter residential area with an abundance of green space. Offices and flexible workspace in Putney have great transport links nearby including the Putney, Putney Bridge and East Putney stations connecting the area to central and south west London regularly, and come with an exhaustive range of amenities. Features of the serviced office options often include meeting rooms, kitchen facilities, air conditioning, high speed wi fi, bike racks, and secure 24 hr access, and all of this available on flexible monthly lease terms.

Private offices, serviced office suites and shared space in Putney, housed in modern business centres, often have access to premium add-ons and services such as onsite management, manned reception and admin services, IT support, communal lounge areas, private phone booths, cutting edge tech capabilities, business community team support, and networking opportunities for the business communities inhabiting the centres. Whether you opt for smaller start up space or high-end premium private offices with high spec meeting rooms and all the bells and whistles, office space in Putney will support all your business needs.

Regular bus, Underground and rail services link the area with London Waterloo station in about 20 minutes, making Putney an attractive district for commuters. Putney train station on Putney High Street provides South Western Railway services east to Wandsworth Town station and onwards to Clapham Junction, as well as eastwards to Barnes and beyond. And the nearby East Putney station provides District line services north across the Putney Bridge to Putney Bridge station, then Parsons Green and onwards to Waterloo station and the rest of central London, as well as southwards to Southfields station. Putney, Putney Bridge station and East Putney tube stations also provide regular fast services to other areas of London. Numerous bus routes are additionally available in the area, so you can rest assured that choosing serviced offices to rent in Putney will accommodate all your travel and commuting needs.

Commercial property options in Putney range from converted Victorian homes and other heritage properties, to post-war office blocks and modern developments. Most coworking space and serviced office spaces to rent in Putney are found along Putney High Street, Putney Bridge Road, and Upper Richmond Road. The area is home to a number of office buildings that were mostly built following the Second World War.

Many commercial properties built in Putney following the war are being lost to large-scale residential developments, especially along Upper Richmond Road. The change is being driven largely by professionals' demand for housing close to Central London. Some redevelopment schemes are bringing modern office spaces to the area, including London Square Putney. Located between Putney and East Putney stations, London Square is helping to transform Upper Richmond Road with new residential, retail and office spaces.

Sitting across from Fulham along the River Thames, Putney is a leafy district within the London Borough of Wandsworth in South West London. The largely residential area is an attractive base for professionals and other commuters looking for good transport links into the heart of the capital's financial and commercial districts.

For centuries, Putney has attracted Londoners looking to escape the hustle and bustle of the city and enjoy its open spaces. Up until the middle of the nineteenth century, Putney was still a largely wooded and agricultural area. This character remains to some extent, as Putney continues to be a popular place to exercise outdoors. Several running, cycling and triathlon clubs are based in and around the area, which is part of the Thames Path.

Putney is also a major centre for rowing. The London Rowing Club, the Thames Rowing Club, the Imperial College Boat Club, and other rowing clubs are based along the Thames at Putney Embankment. Since 1856, the famed University Boat Race between Oxford and Cambridge has also started upstream from Putney Bridge at the University Stone.