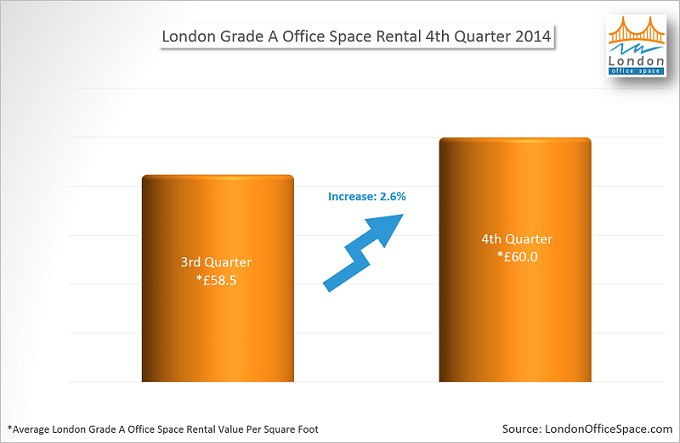 Overall, this year has been marked by steady growth and increasing optimism among both investors and occupiers. According to research carried out by M&G Real Estate, this upward trend can be attributed to two main factors. Firstly, the labour market has become stronger over the past 12 months. In November 2014, the unemployment rate reached a five-year low of 7.1 per cent. This fact has had a positive effect on the property market, especially in the retail sub-sector.

Secondly, there is the widespread belief that economic risks have decreased substantially in many Eurozone countries. As a result, commercial property rents have stabilised, and in some areas of London commercial rental values have even begun to grow. From an occupier perspective, changes in risk perception have also meant that firms in the financial, banking, insurance, and ICT sectors are now ready to extend their leases or to move on to larger premises.

Towards the end of 2013, market analysts predicted that rental growth values across all commercial sub-sectors would average 2.1 per cent. The predicted growth rates have been largely surpassed in the office property market, especially in areas like Midtown, where office rents have increased by nearly 6 per cent. In addition, the London office market has also seen the revival of the so-called fringe locations, where the demand for refurbished office floorspace has been steadily increasing.

When compared to the office market, the London retail property market has somehow lagged behind during 2014. Retailers are still being cautious as consumer confidence slowly recovers, and as a result, there has been a widespread increase in the availability of retail floorspace outside of prime retail zones. However, the steady influx of foreign investors has contributed to a revitalisation of the London retail property market over the past year, which has been especially evident in areas like retail warehousing and shopping centres.

One of the most significant trends during the last three months involves the stagnation of market yields in office properties. Average yields have remained at 3.5 per cent in the West End and at 4.5 per cent in the City. Market analysts have predicted that this will set the tone for this market sub-sector during 2015.

On the other hand, the office leasing sub-sector has continued to perform strongly, mainly fueled by occupiers in the creative and financial industries. During the last quarter of the year, leasing volumes reached their highest levels since 2006, as more than 4 million square feet of office space were leased all over London. The West End spearheaded the list with the highest number of office leases, and was followed by high take-up volumes in the City and the Docklands. Supply of Grade A office space continues to be tight and average prime rents increased by 2.6 per cent, reaching values of £60 per square feet.

Recent data released by CBRE show that the UK retail sector ranked first in the list of global markets, being the only European country to make it to the top three. The report states that 57.5 per cent of all major global retailers are present in the UK retail market, and a vast majority of those are in London. This market sub-sector remains strong as demand continues to exceed supply in central London properties. Rental growth has been the predominant theme this quarter, and in fact growth has expanded beyond core locations to areas like Brook Street and Conduit Street. Currently, average rental values stand at £1,250 sq ft/year in the West End.

However, retail investment has been rather subdued during the past three months. Yield compression is now a reality in previously buoyant areas like Charing Cross or Queensway, but the opposite trend is evident in the shopping centre sub-sector, where demand continues to outstrip supply and where prime location yields average 4.5 per cent.

There have not been significant changes to the London industrial property market over the last quarter of the year. Although the number of development completions has been slightly higher than in 2013, developers are still having trouble finding occupiers interested in pre-lets. However, it is expected that during 2015, activity in this sub-sector will pick up thanks to the strong performance of e-commerce, which will drive demand for a large volume of industrial and warehousing space in and around London.