Whether you have already been to London or not, it is likely that you are familiar with some of the most representative icons of the British capital. But just how much do you know about their history? Below you will find some interesting facts about London’s key icons. 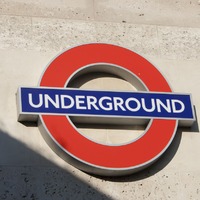 Being 150 years old, the London underground (also known as the tube) is the world’s oldest transportation system of its kind. The underground was created in order to alleviate London’s road congestion, which was already notorious back in 1850. The first line to open was the Metropolitan line, which at the time only ran between Paddington and Farringdon Street.

Today, the underground serves 270 stations along 250 miles in London, Essex, Hertfordshire, and Buckinghamshire, and it is used by more than 3 million people every day. Perhaps the tube lacks the imposing interiors of other underground systems (like the Moscow underground), but it certainly has other attractions, such as deers, woodpeckers, grass snakes, and other forms of wildlife that have been known to live in the underground network.

Much has changed since the days when London cabs were powered by horses. Today, there are even mobile applications that allow you to use your smartphone to hail, track, and pay for your black London cab ride.

Although double decker buses are not exclusive to London, no visit to the British capital would be complete without taking a ride on a red double decker bus (although nowadays that is only possible on designated heritage routes). In fact, these buses have become so representative of British culture that their name is even used to describe the size of large objects.

The first red double decker bus appeared in the streets of London after World War II, and they rapidly became the main form of bus transportation in the city, thanks to their larger capacity. However, as access to these buses presented some problems to passengers with limited mobility, traditional red double decker buses were withdrawn from most routes in 2005. Currently, there are only two routes served by traditional red double deckers, which go past some of London’s most representative landmarks, such as Trafalgar Square, St Paul’s Cathedral, and Hyde Park.

Although public telephone boxes existed since the end of the nineteenth century, the iconic red telephone boxes that have become so representative of London (and of the rest of Britain too) were not designed until 1921. Over the years, eight different models of red telephone box have added a touch of colour to the streets of London. However, the most popular models (and those you are likely to see represented in souvenir items) are the K2 and K6 models, which can still be seen in some areas of central London, especially around the Houses of Parliament and George Street.

If you have ever wondered about the red colour of these phone boxes, the Post Office has the answer, as this institution was behind the design of the kiosks. Originally though, the telephone boxes were meant to be grey and blue. Unfortunately, the number of red telephone boxes has been declining since the acquisition of public telephone kiosks by BT.

The British postal service has been operating since 1635, although the first post boxes were not in place until 217 years later. The first post box in the country was placed in Jersey, and had the shape of a pillar box. This design arrived to London in 1855, when the first pillar box was placed at the intersection of Farringdon Street and Fleet Street. Although approximately half of the letter boxes in London were painted in dark green, during the ten years between 1874 and 1884, red became the official colour that identified British mail boxes, and which in fact, identified any property of the Royal Mail company, as it is the case of the telephone boxes mentioned above.