Historically, Goodge Street was a shopping quarter. It is centrally located to a number of London’s landmarks and attractions, including the University of London to the east, Regent’s Park to the northwest, the British Museum to the southeast, and the shopping district along the world famous Oxford Street to the south. 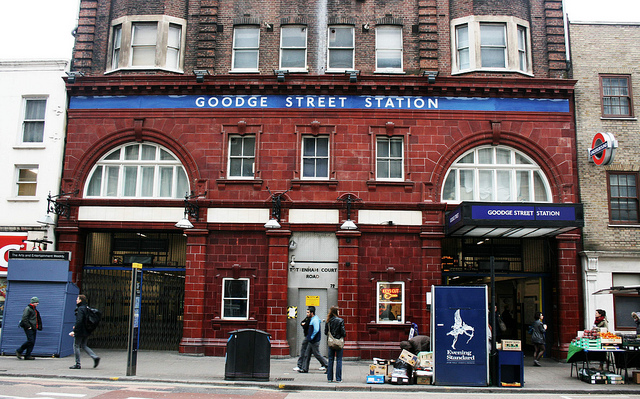 Goodge Street is located in Central London’s Fitzrovia neighbourhood, a traditionally bohemian area that has been home to various authors and poets, including Virginia Woolf, George Bernard Shaw and Arthur Rimbaud. English composer Thomas Linley lived at Number 40 on Goodge Street between 1793 and 1788. Today, the area includes a mix of residential and commercial properties, including a variety of business.

Goodge Street is bound by Tottenham Court Road to the west. To the east, Goodge Street emerges as Mortimer Street following the junction with Newman Street. The street forms part of the A5204 road and is within the London Borough of Camden. The road stretches under half a quarter of a mile in length and features a mix of uses, including residential, offices, retail and grocery shops, pubs, and restaurants.

Many of Goodge Street’s original buildings have been demolished or destroyed during the Second World War, with few original buildings remaining. The area near Goodge Street once belonged to the Dean and Chapter of St. Paul’s Cathedral and a 13th century manor house was once found nearby, towards the north-west near Tottenham Court Road and Oxford Street. The area that encompasses Goodge Street was known as Totten, Totham and Totting Hall during the 15th century. To the north of Goodge Street was the 18th century manor estate of the Duke of Grafton and the FitzRoys, which now sits near present-day Fitzroy Square.

Although not located on Goodge Street, the tube station of the same name has a rich history. Built in the early 20th century, it is one of eight of London’s Underground stations with a World War II-era deep-level air raid shelter. The shelter was used by the Supreme Headquarters Allied Expeditionary Force during the war. It was at the station that General Dwight D. Eisenhower, the Supreme Commander of Allied Forces in Europe, announced the invasion of France on 6 June 1944 in a radio broadcast. 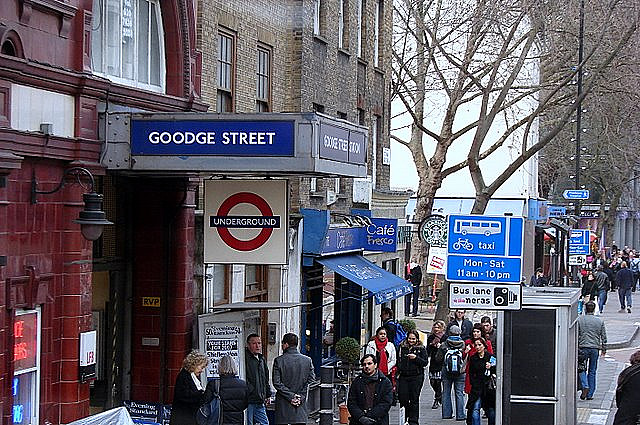 A Midtown in London? There’s NoHo chance – an interesting view from the Telegraph on whether London is to have an area called ‘Midtown’.