Stretching along more than 1.5 miles, Baker Street runs from Marylebone to Oxford Street, and is one of the main arteries in this area of London. Like other neighbouring streets, Baker Street was first laid out under its current name during the eighteenth century. The street received its name from the builder who laid it out. 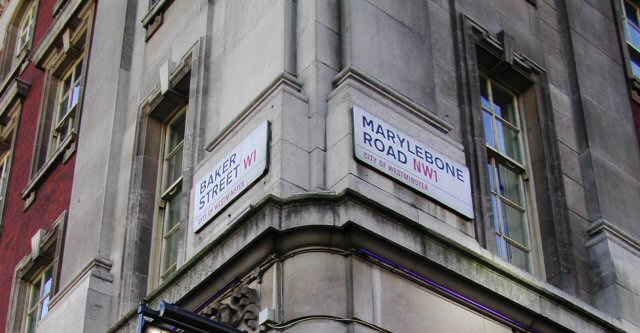 In the beginning, Baker Street was mostly a residential area for affluent families. However, as London grew in size, population, and economic importance, the street welcomed new tenants and transformed some of its residential buildings into office space and commercial premises. 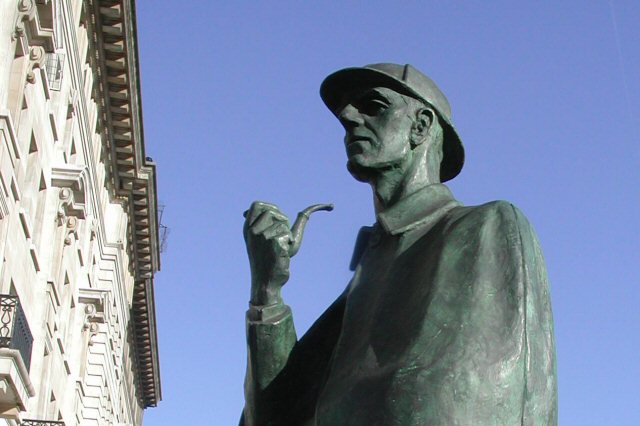 On a more modern note, 55 Baker Street is a striking piece of architecture that provides an interesting contrast with the surrounding buildings.

Regular coaches that link Oxford and London stop at the intersection of Marylebone Road and Baker Street. There are also minibuses that take passengers to Luton and Stansted airports. These depart from a pick-up point located between Baker Street and Gloucester Place.

The history of Baker Street underground station can be traced back to 1863, when the station was opened as part of the Metropolitan line. A large part of the station’s built premises date from 1925.

Nowadays, Baker Street station is still part of the Metropolitan line, although the station has been expanded to accommodate the Hammersmith & City, Bakerloo, and Jubilee lines. This means that visitors can reach Baker Street from places like Wembley, Oxford Circus, Willesden, Hampstead, Bond Street, Westminster, London Bridge, Greenwich, Stratford, and the business district at Canary Wharf. From Baker Street underground station visitors can also connect with National Rail services at Paddington, Charing Cross, and Waterloo. More than 26 million passengers use this station every year.

A short tour of Baker Street

The Sherlock Holmes Museum lies at the top of Baker Street, near Regent’s Park. Baker Street underground station is just five minutes away on foot, before the street intersects with Marylebone Road. Between this point and George Street, the visitor will find a large number of restaurants, coffee shops, and high street banks. Further south, Baker Street turns into Portman Square and Orchard Street, before reaching the Selfridge’s building on Oxford Street.

One thought on “Guide to Baker Street: History, Architecture, Business and Tourism”