Baker Street's proximity to the West End's major fashion and retail centres along Oxford and Regent streets, as well as Soho's creative industries make this part of Marylebone a particularly attractive option for businesses looking for a Central London location. 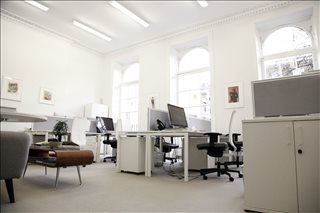 This centre provides flexible, bespoke fully serviced workspaces to companies typically looking to accommodate larger teams between 10 to 100 people or who are looking for larger floor-plates or workspaces they can customise and make their own. It's been pioneering the bespoke workspace model since its inception and has a range of workspaces in different shapes, sizes and styles which can be tailored to your exact specifications.... More info 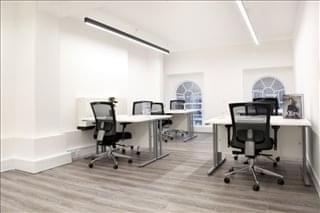 The space is situated on one of London's most famous streets, placing clients and their teams in a thriving area buzzing with activity. Boasting an abundance of natural light within the space, the centre offers a variety of options from contemporary private offices to full suites. Tenants can craft and grow their own identity within the confines of a luxury centre. Flexible terms are on offer, and the rates are all-inclusive, with a raft of... More info 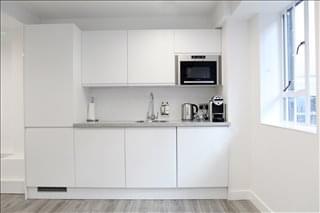 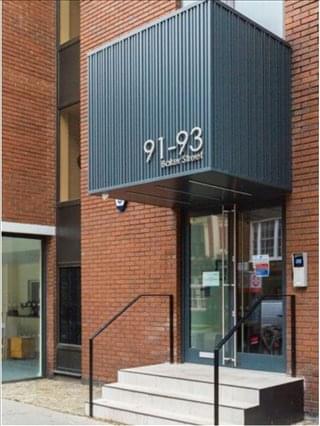 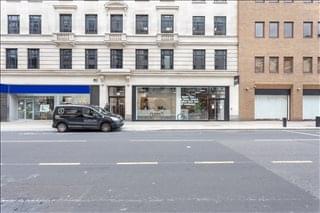 Once the site of Winston Churchill's war rooms, 83 Baker Street has presence and exudes elegance with fantastic offices and facilities. A mix of nicely-decorated small and large office spaces are available. A roof terrace gives you with a beautiful spot to relax or meet in an unforgettable setting with stunning urban views with short walks to several tube/train stations. Inside, there are excellent facilities for in-person and video... More info 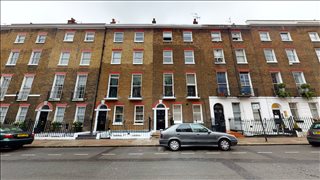 The workspace has a professional and spacious serviced office. Comprises of the entire first and lower ground floors of traditional Georgian terrace building. The first-floor benefits from 4 meeting rooms, comfort cooling, period features and excellent natural light. Perfect for individuals and small start-ups teams who are getting off the ground. All-inclusive costs on a monthly basis. The workspace provides everything members need to... More info 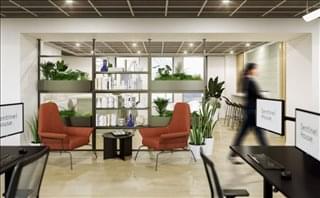 Sentinel House is available for companies of any size, with the flexibility to design and manage client's own space. Alternatively, the centre can help create a custom fit out for members from the design and layout to the furniture, finishes and management- all taken care of by the space. All-inclusive monthly cost combining rent, rates, service charge furniture, fit out, utilities, cleaning, maintenance, helpdesk, technology, dilapidations... More info 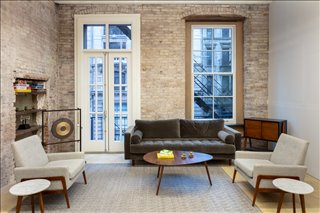 Located in the heart of chic Marylebone, this centre offers two floors of premium space covering over 14,000sqft. With in-house architects and designers on hand to curate the ideal space for your brand, the centre would be ideal for a larger business seeking a new, more personalised home. Tenants can develop a strategic design plan that aligns with your identity and brand but with the benefit of flexible terms and a rate that includes not... More info

Why You Should Rent Baker Street Offices

Like other parts of Marylebone, Baker Street is popular with a mix of companies and no single industry dominates the local economy. The street's proximity to the West End's major fashion and retail centres along Oxford and Regent streets as well as creative industries in Soho contribute to the area being attractive to businesses in various sectors. These include medical and educational business as well as communications and media firms.

Fashion and retail businesses are also found in the Baker Street area, which is extremely popular with tourists thanks to its connections with Sherlock Holmes. Nearby attractions include Regent's Park, the Sherlock Holmes Museum and Madame Tussauds.

Like most of Central London, this area has fantastic public transport links with several tube and train stations within easy walking distance. The historic Baker Street station itself is in London Travelcard Zone 1. This well connected London Underground station is serviced by the Metropolitan, Hammersmith & City and Circle lines as well as the Jubilee and Bakerloo lines. Baker Street gives commuters access to The City, Waterloo and London Bridge and other Central London locations, as well as stops further out.

We can help you find Baker Street serviced offices and shared office space throughout Marylebone and Central London. The office listings above are just some of the currently available offices for rent in and around Baker Street tube station, an area with no shortage of historic and period buildings, such as:

Baker Street Then and Now

Baker Street is named after William Baker, a builder who laid the street during the eighteenth century. The mainly commercial street runs between Regent's Park and Oxford Street. It is located within the City of Westminster, London in upmarket Marylebone, an area known for its stately white stone, Grade II listed buildings and high-end boutiques.

Baker Street was also the home of Madame Tussauds' first wax museum, which opened in 1835. In 1884, the museum was moved to its current location on nearby Marylebone Road. The Beatles' Apple Boutique was also located at Number 94 for a brief time during the 1960s.

Browse the listings above for flexible office space to rent with all inclusive pricing, covering rent, business rates and facilities. If you're looking for coworking space in the Baker Street / Marylebone area we can help you find suitable shared workspace and desk rental. In addition to the currently available office rentals listed, we also have other commercial properties for rent in Baker Street, London and flexible, serviced offices available for rent in other prime locations in the heart of Marylebone. Fill in the Quick Quotes form or call 020 3965 9617 to speak to one of our West London experts about serviced offices to rent in Baker Street, Marylebone.