Marylebone coworking spaces are popular due to the area's location and its proximity to important public transportation hubs, such as Paddington Station and to both Heathrow and London City airports. Choose the coworking spaces you like and add them to your Quick Quote shortlist or call us now on 020 3053 3893. 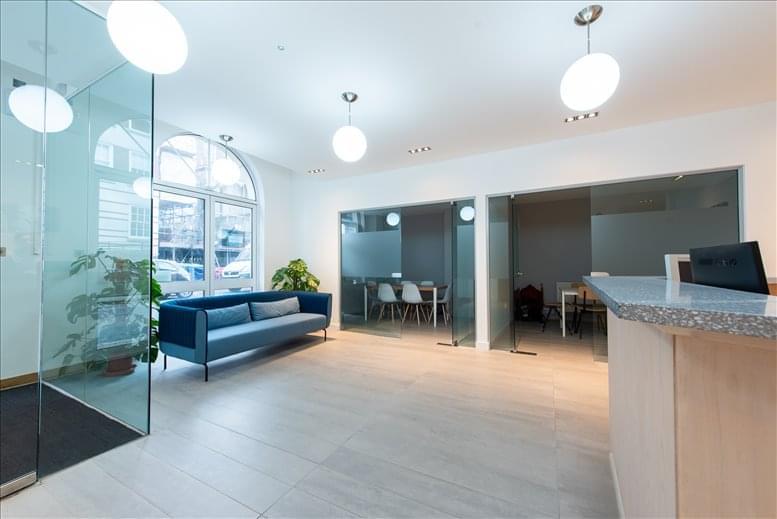 This recently refurbished serviced office space in the heart of Marylebone is available now. Fully furnished, private serviced offices and co-working options are available, with an abundance of amenities that fit perfectly for the modern business environment. 1GB/s fibre internet is included within the price, with a staffed reception during normal business hours. These bright, spacious offices are accessible 24/7, with access to meeting... More info 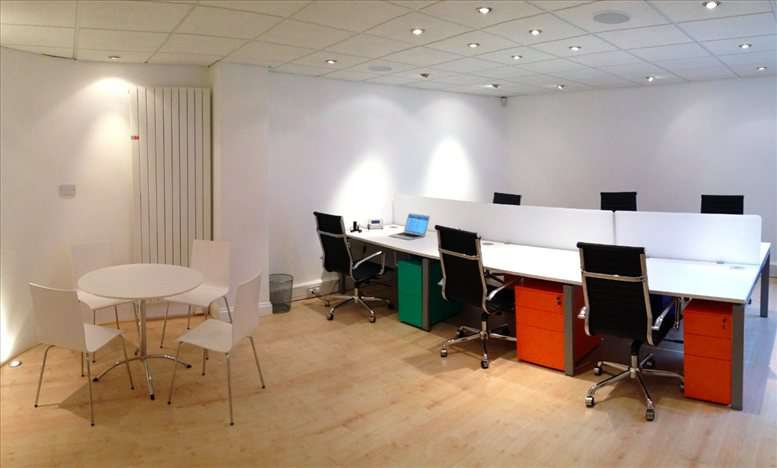 A collection of serviced office accommodation is available for immediate rental, from individual private suites to collective workspace, so appealing to many of today's freelancers and startus, provides a lively, collaborative atmosphere with the added benefit of lower rental costs.

Offices are managed by qualified support staff and offer clerical assistance, along with IT support staff to help you with the everyday running of... More info 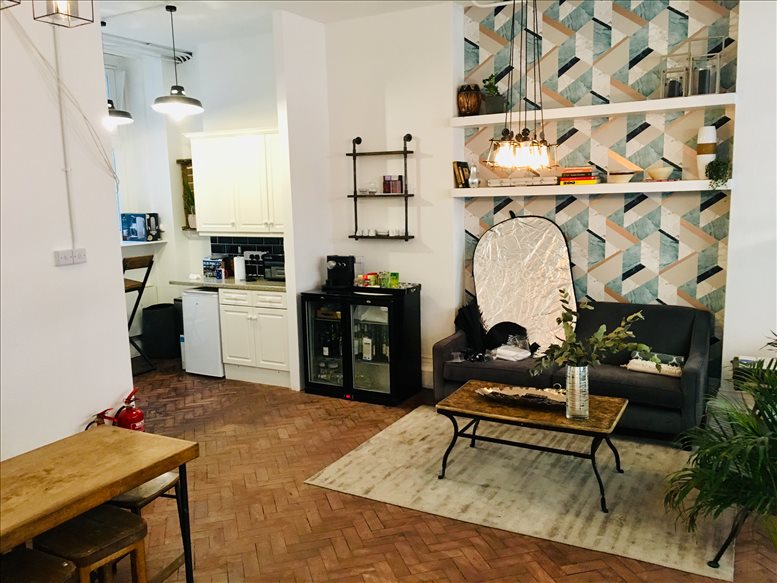 This office space is situated on the first floor of a newly refurbished building in Marylebone. This workspace is ideal for startup companies, as the desks can be hired individually or in groups for larger companies. The work space is light and airy and is surrounded by large windows and vibrant artwork. The building has a private meeting room and a breakout lounge space with a fully equipped kitchen. The work centre has many fantastic... More info 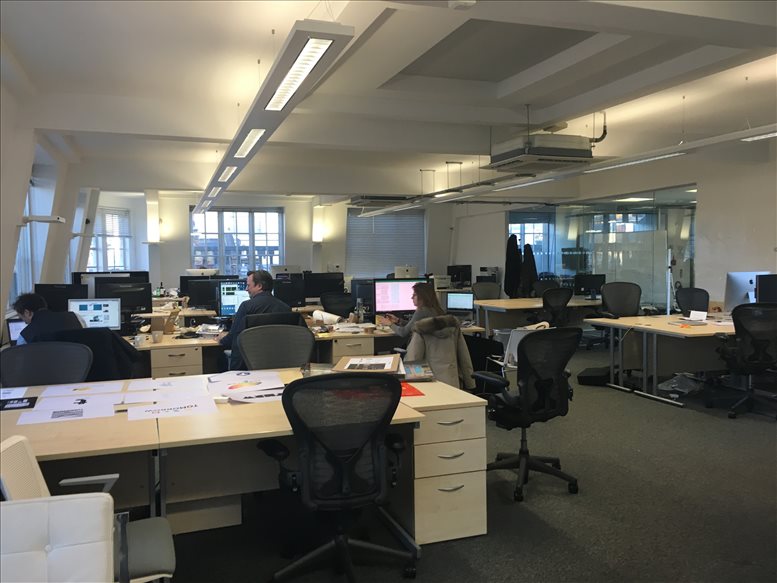 This centre offers a trendy workspace on the top floor on the corner of Great Portland Street and New Cavendish Street. The open-plan workspace offers excellent natural light, great energy and a fun place for all to work. The centre offers inclusive access to the bookable boardroom and meeting rooms as well as a shared kitchen and printing/scanning facilities. The space also has a stunning large roof terrace, offering superb views over the... More info 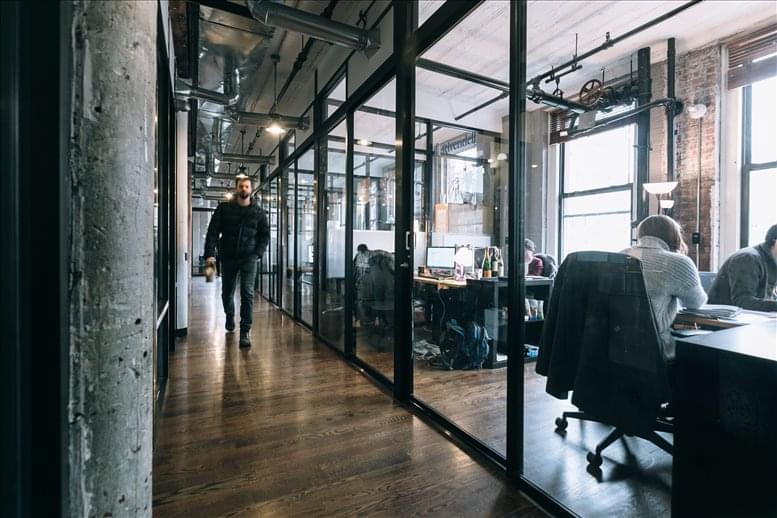 Marylebone is an upscale Central London neighbourhood nestled between some of the most exclusive residential and shopping areas in the British capital. The local commercial real estate market reflects this upscale flair, and the area is known for having some of the priciest per square foot office rates in London.

The coworking market in Marylebone has been slower to develop than those in other parts of London like Shoreditch or The City, and traditional office space is still the predominant form of office accommodation. However, the area boasts a selection of modern and well-equipped coworking hubs, which appeared as an alternative to costly conventional offices.

As part of London’s West End, Marylebone has a higher than average concentration of businesses involved in the creative economy, in addition to IT and finance, which are also popular areas of activity among coworking users. The area also has an established startup community, as evidenced by the existence of the Marylebone Entrepreneurial Club, founded to support the neighbourhood’s tech entrepreneurs and startup scene, and to strengthen the local business community, which includes firms involved in healthcare, tech and software development.

Changes in the typical office occupier profile have also led to the growth of the coworking market. Marylebone has always been a highly desirable office location (as is most of London’s West End), and in the last few years there has been above-average demand for small office plates of up to 1,000 square feet, suggesting that many occupiers are micro companies or firms in the process of starting up or downsizing, which are typical coworking users.

Marylebone coworking spaces are also popular due to the area’s location and its proximity to important public transportation hubs, such as Paddington Station and to both Heathrow and London City airports. The area will benefit from even better connectivity once the Crossrail project is complete. This makes Marylebone convenient for mobile professionals, who make up a substantial amount of coworking users.

Providers | Coworking operators in Marylebone include Regus, WeWork, Workspace Group, The Office Group, and BCA Landmark. The local flexible space offer includes new shared office space formulas such as the one managed by Arboretum, which combines the exclusive ambience of a members’ club with the benefits of coworking, while putting strong emphasis on wellness and care for the environment.

There are also boutique spaces like Headspace, acquired by BE Offices as part of their expansion plans. It is also common for coworking space to be built in listed buildings (especially around Marylebone station), many of which have been repurposed into high-end office space.

Costs | Coworking membership costs in Marylebone tend to be pricier than in other areas of London (especially when compared to south or east London), but this is understandable due to the higher prices of real estate in the area. Some operators provide pay as you go options and packages for a number of days, in addition to monthly membership plans.

Shared workspace in London can be found in incubators for tech startups and entrepreneurs in other sectors, dedicated cowork hubs, and as an option in many serviced business centres. You'll find shared spaces in listed period properties, train stations, converted warehouses, industrial parks, modern office buildings and skyscrapers.

Not only do these flexible workspaces give you the ability to work as you want for less in the heart of London, just a few minute's walk from all this great city has to offer, they also provide an extensive array of high spec facilities and amenities including high speed internet and WiFi, event space, bike storage, showers, 24/7 access and much more. Choose the coworking spaces you like and add them to your Quick Quote shortlist or call us now on 020 3053 3893.