Mayfair is an ideal office location, close to the media and creative firms of Soho, fashion and retail companies of the West End, and the numerous government departments sprinkled throughout Westminster and Victoria.

Our experts are on hand to help you find the perfect serviced offices in Mayfair at cost effective prices. We have an extensive commercial property portfolio of Mayfair office space, including private office suites, managed offices, and flexible business office space for rent. 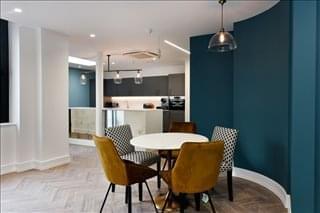 This serviced office space to rent on Piccadilly is located in the centre of Mayfair in what is considered to be a prime area for London office occupiers. The Grade II listed building is surrounded by many prestigious 5 star hotels and restaurants and offers its tenants 24 hour access, air conditioning, board and meeting rooms, lounge areas, staffed reception and support services. The offices are equipped with telephone systems and high... More info 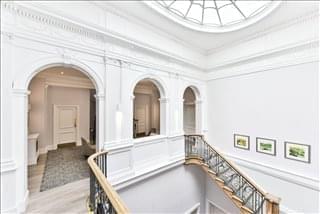 These stylishly furnished offices in Mayfair include desks, chairs, seminar tables, lighting, seating and everything else you would anticipate in a... More info 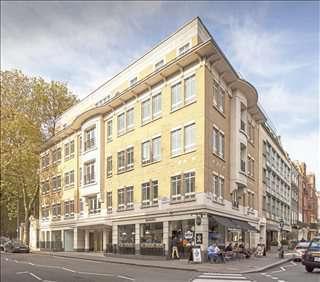 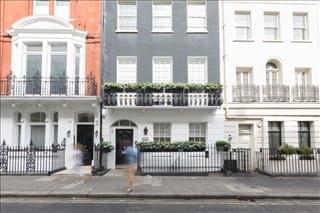 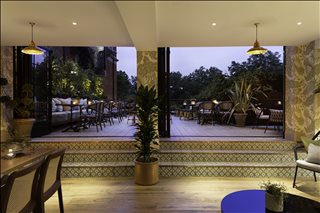 This is a grand, prominent building that has been overhauled to provide very high quality, prestigious offices and meeting rooms, stylishly furnished and decorated with original artwork. Business facilities are exceptionally well equipped, offering the latest telephony systems, fax and digital copying. Access to the building and full reception services are available 24-hours a day, seven days a week. On the ground floor, you will find a... More info 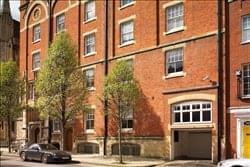 This 5 star Mayfair office space benefits from a recent renovation, with tasteful decor and... More info 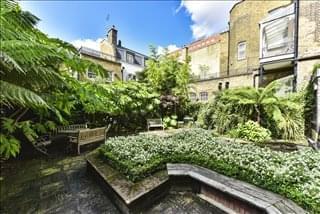 This appealing, brick fronted period property in West London houses a unique selection of chic office suites, all furnished to an exceptional standard with everything one would expect in a modern workplace including meeting rooms, personal mini fridges and televisions as well as on site parking. 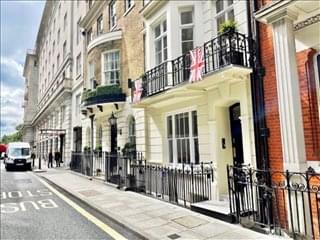 The workplace allows its members to make connections and work alongside each other at ease, fulfilling every comfort and business service. With the provision of private serviced desks, tenants find convenience at every step. Take a break near the centre and explore the attractive grounds, and members are just a few steps from a wide range of shops, restaurants, and entertainment. The centre provides enough warmth and contentment, to work... More info 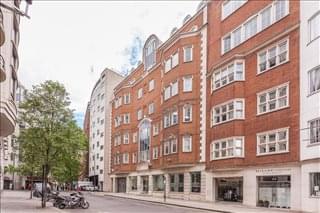 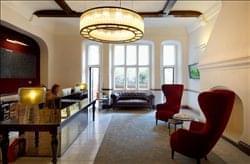 Built between 1895 and 1900, this listed building is a traditional Arts and Crafts style terraced townhouse originally designed by J. Harold... More info 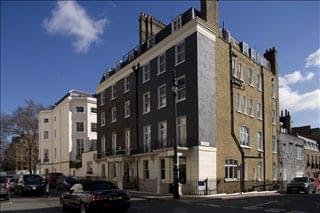 Clients in this centre are senior figures from the worlds of finance and industry who require a very private office in which to manage their personal and business interests. The centre's obsession with privacy means the unique Berkeley Square estate buildings have the appearance of private residences, unadorned by corporate signage and branding. Inside, it is for clients to stamp their own personality on their office suite. The centre... More info 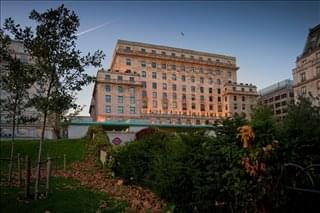 The state-of-the-art office space to rent at One Mayfair Place offers a comprehensive range of furnished suites and open plan workspace to rent with an elite business address in the heart of Mayfair, directly above Green Park station.

There is 24 hour access and security, and air conditioning throughout. Conference suites come fully equipped with AV and IT infrastructure and provide a professional space to hold business meetings.... More info 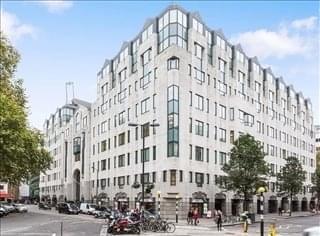 This fabulous business centre, situated at a prestigious address in Mayfair, offers flexible workspace in a spacious modern building, where you will have a choice of furnished or unfurnished offices. Amenities include 24-hours access and security, air conditioning, fast Wi Fi, great transport links, and access to various breakout spaces to unwind with colleagues. Cycling to work is a great option with the centre's end of trip facilities... More info 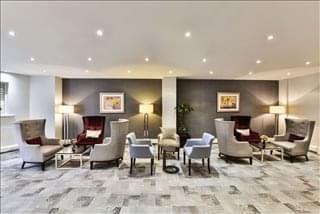 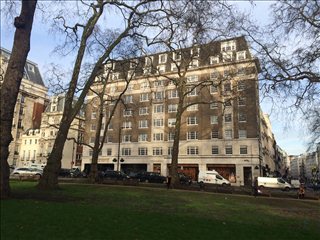 This centre has two newly redecorated office suites available, located on the fourth floor of the building. With large opening windows that fill the spaces with light, both offices offer stunning views over the whole of Berkeley Square. The centre has great transport links with the nearby Bond Street and Green Park stations, air conditioning throughout, and are fully furnished with desks, chairs and storage space, with entry phones if... More info 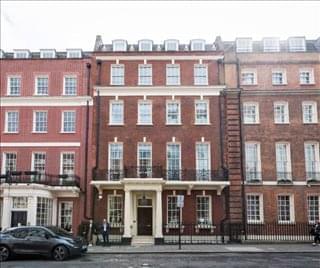 Set in a Grade II listed property, the traditional façade of this space echoes the impressive original features within the interior. Inside the building you will find impressive meeting rooms, relaxed breakout areas, and a communal kitchen area, all wrapped up in a stylish finish. The lower ground boasts two courtyards, perfect for a catch-up with colleagues or an informal meeting during the summer months. Other useful amenities such... More info 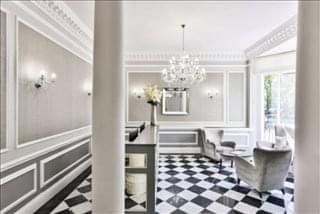 Luxurious business accommodation is available at 23 Berkeley Square, London, W1J 6HE. The commercial property comes complete with first class furnishings, professional reception personnel, comms and IT systems, air conditioning, 24 hour access, security and lifts. With the great transport links from nearby Bond Street and Green Park, and splendid views of Berkeley Square Gardens, all of your business needs will be more than accommodated at... More info 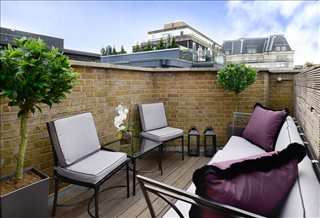 The centre boasts a luxury range of offices and a variety of amenities, including air conditioning, various breakout space, and 24 hour access and security, with a number of CCTV cameras and an integrated locking system. The building merges traditional period features with state of the art office facilities and furniture. LG7 lighting, designer carpets and IP telephone extensions mean that the office is fully up to date. Companies can... More info 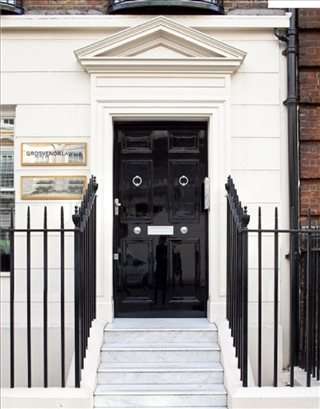 This self-contained office space, based in the heart of Mayfair, boasts a fantastic open plan ground floor office comprised of 50 desks to be rented as a whole, with two smaller executive offices which are glass partitioned. There is air conditioning throughout, and six meeting rooms on the lower ground floor, all free to use. In addition, there is access to an outdoor courtyard, which can be used as breakout space or to hold casual... More info 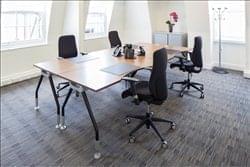 Amenities include two bookable meeting rooms for four to six people, with presentation and AV equipment, plus catering. Each space is elegantly furnished and connected, allowing you to get to work right away. Virtual offices... More info 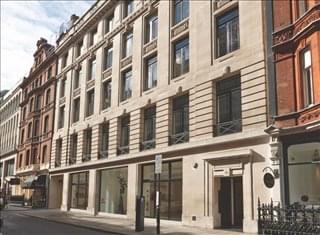 Boutique office space in a statement Mayfair building with unrivalled transport links via nearby Oxford Circus, Bond Street and Green Park stations. The available first and second floor space is fully fitted, fully managed and ready to move in. Cork Street delivers workspaces with everything needed to progress your business and enhance the wellbeing of your people, all in a Central London location with exceptional on site and local... More info 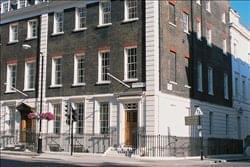 Offering a stunning range of executive offices, with a number of transport links nearby, including Bond Street and Oxford Circus underground stations. 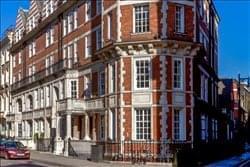 Formerly townhouses, the period property at 42 Brook Street, Mayfair W1K has been beautifully converted into high quality executive serviced offices with hot desk and virtual office options. With a spacious business lounge and meeting rooms, secretarial support staff, air conditioning, 24 hour access, security, communications and IT systems. The suites are furnished to a high standard and are available on flexible... More info 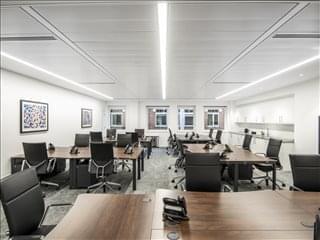 Approximately 62,890 sq ft of leasehold offices and retail is found at 20 North Audley Street, London W1K, between Marble Arch and Bond Street. In 2017, this newly refurbished property added luxurious serviced office spaces to rent, with each suite finished to a high standard with attractive specifications.

Bright and stylish serviced offices are arranged over the first, second and third floor, with air conditioning throughout.... More info 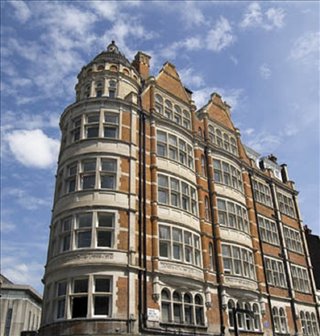 Opened in 1988, this respected business centre was... More info 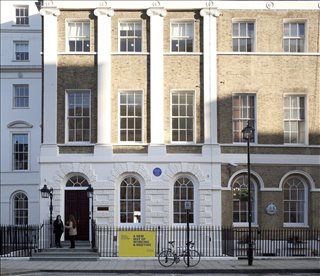 This impressive business centre at 7 Stratford Place, London W1C houses a selection of fully furnished office space in the heart of Mayfair, a stone's throw from Bond Street tube.

In addition to a roof terrace, the workspaces have air conditioning and access to lounge and meeting rooms, as well as private phone booths. Spaces are available on an all inclusive basis, complete with dedicated reception personnel, IT and... More info 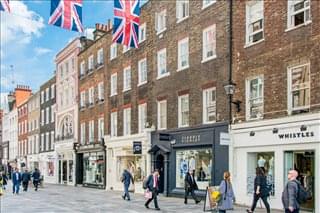 Start your office search now by browsing the listings above to find serviced offices and flexible office spaces to rent in Mayfair with inclusive pricing, covering rent, business rates and facilities. If you're looking for flexible workspace in Mayfair we can help you find a suitable shared workspace to match your budget. In addition to the currently available office rentals listed, we are also able to offer luxury serviced office space and furnished coworking hubs to rent in other prime locations in Mayfair, London and throughout the W1 postcode area. Fill in the Quick Quotes form or call us on 020 3965 9617 to speak to a West London office rentals expert.

Why You Should Rent Mayfair Office Space

The former home of grand mansions and parks, Mayfair is a glamorous destination bordering Hyde Park along Park Lane in London's West End. Converted residences and Grade II listed spaces in this elegant part of London now serve as corporate headquarters, embassies, and offices for businesses in various industries.

Although it borders some of London's most popular shopping destinations, including Bond Street and Oxford Street, Mayfair itself boasts trendy restaurants and fine dining, especially clustered around Heddon Street and Conduit Street, an array of high street retail and upmarket boutiques, as well as art galleries and auction houses that are all easily accessible via world-class transport links. Additionally, Mayfair hosts some of London's top five-star hotels including Claridge's, The Dorchester, the Grosvenor House Hotel and The May Fair Hotel.

Mayfair is bordered by some of London's most sought-after business addresses, including offices along Regent Street in the east and Oxford Street to the north as well as other significant commercial areas such as Grosvenor Square and New Bond Street.

Known as a largely commercial district within Central London, Mayfair is home to a number of corporate headquarters. Major industries such as finance and real estate are particularly prevalent in the area, with several hedge funds, wealth managers, property consultants, and estate agents electing to acquire workspace in the vicinity alongside several diplomatic missions and embassies, including the United States Embassy.