If you are looking to find a serviced office in Covent Garden, then fill in the Quick Quotes form or click on the spaces below for more information. Alternatively, call us on 020 3965 9617 to speak to one of our experts about our range of spaces to rent in Covent Garden. 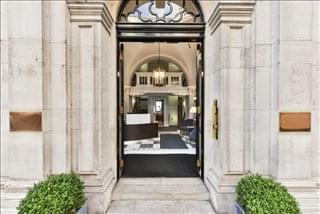 Home to a modern, executive business centre, Hudson House is a 7 storey Grade II property at 8 Tavistock Street, London WC2E. The listed building boasts an attractive period façade in impressive stonework, and benefits from retaining many of its charming original period features such as high ceilings and spacious rooms with tall windows, supplying plenty of natural light 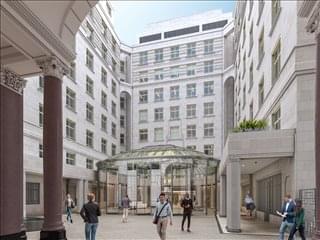 This appealing centre provides great contemporary office space to rent that has been designed to meet the demands of any modern business. An elevated experience is created through the building's prominent position overlooking the River Thames, and high design that is stunning to all visitors yet functional and optimized for productivity. This office space in Covent Garden comes with meeting rooms access and with an exceptional layout,... More info 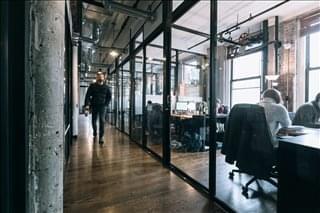 This Covent Garden-based centre offers the chance to become a member of a vibrant community of entrepreneurs and take advantage of a robust menu of amenities. The space raises the bar of what to expect from the workspace, with amenities ranging from hydrating fruit water and micro-roasted coffee (all complimentary of course) to a brilliant in-house team that are on-hand to offer personalised support services, so one can concentrate solely... More info 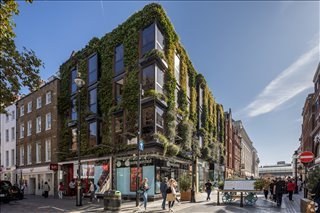 This 4th floor office in Covent Garden is available by way of an assignment of the existing lease, which expires on 23rd March 2023. A new lease directly from the Landlord is also available for a term by arrangement. The available office accommodation is arranged as a mixture of an open-plan desk set out and meeting rooms. The space is light and airy and is a great working environment for any type of business. There is also a kitchen that... More info 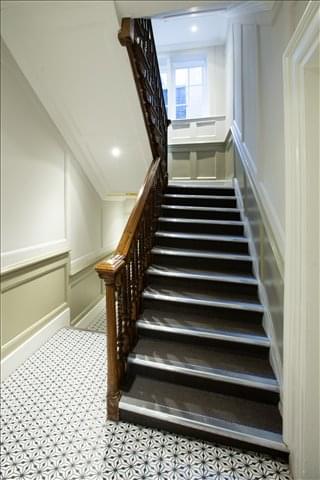 Based in the trendy Opera Quarter in Covent Garden, this renovated period building offers high-quality office space to rent in one of the premier London areas. The property has been extensively refurbished and restored to an excellent standard, providing an optimal office in Covent Garden spread over four floors. Many of the original features have been maintained, including a number of large windows which let in lots of natural light.... More info 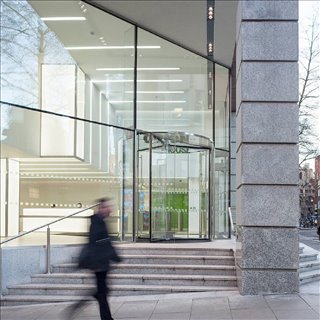 This listing offers outstanding office space in Covent Garden, in the heart of Central London, close to Leicester Square tube station. The spacious and open plan office floors have room for up to 120 people on each floor. There is an impressive ground floor lounge and reception area, whilst the offices, meeting rooms and breakout areas are on the upper floors. Tenants can benefit from a wealth of amenities such as phone booths, shower... More info 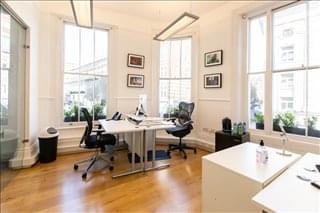 This period townhouse, situated in the heart of theatre land is a stones throw away from the Royal Opera House and provides self-contained private serviced offices that vary in shape and size and have been newly refurbished with a modern, high-end finish. Comprising four, modern, full of character, bright, self-contained private office suites that benefit from communal meeting rooms that are free of charge to use for all clients, as well as... More info 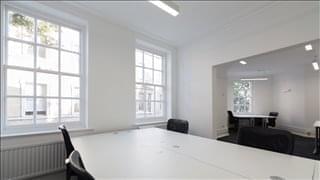 The interior has been fully upgraded to deliver all the modern amenities that businesses come to expect, including professional meeting rooms, CAT 5 cabling, VoIP-based telephony... More info 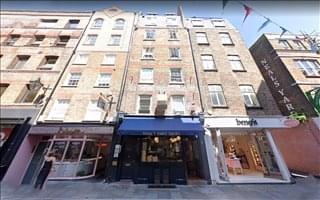 The office is a bright modern space on the top floor of a traditional building in the heart of Covent Garden, and has great transport links. Large desks and lockable storage make it a comfortable place to work, with a private balcony for short breaks with a view out into Neal's Yard below. There are meeting rooms and a kitchenette, complete with a fridge, useful for tea/coffee and lunch, as well as a communal table for lunch or break-out... More info 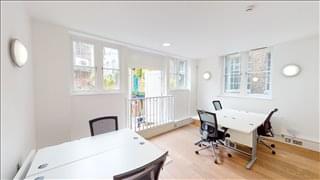 Accessible by narrow alleyways, this amazing property in Covent Garden combines original Victorian features with contemporary décor to create a minimalist space to do business.

The period building has three unique office suites to rent in Covent Garden, in various sizes and layouts, each providing you with a private and self-contained space. Spacious offices are ideally designed for up to eight workstations with... More info 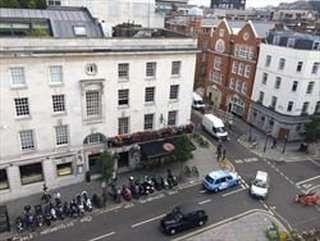 Visitors to this stunning property are greeted by a contemporary reception area, which is staffed to ensure a professional welcome. The building provides full-floor office accommodation in... More info

Known globally as one of London's most important shopping and entertainment hubs, Covent Garden is an extremely very sought-after location for businesses looking to establish themselves in the West End and one of the top London areas. Covent Garden boasts a wide variety of office spaces including private offices featuring meeting rooms, serviced office spaces, and creative coworking spaces.

Covent Garden office space to rent comes with all the top-tier amenities and perks, and in a variety of sq ft configurations and service levels to support the unique needs of your business operations, ensuring it's the ideal location to set up shop and succeed. Regularly included with office pace to rent in Covent Garden, often within an attractive period façade, are printing and copying facilities, AV equipment for their professional board and meeting rooms, fast broadband internet and Wi Fi, IT and administrative support, manned reception with call answering, stocked kitchens with beverages supplied, breakout areas and secure 24 hr access, all on flexible lease terms for ease of budgeting, and so you can hit the ground running.

Opened in 1982, 90 Long Acre in Covent Garden overlooks an open courtyard and features twelve terraces with stunning views and nearly 194,000 sq ft of space, including serviced office options with access to meeting rooms, catering, showers, and other convenient amenities.

The entertainment and retail sectors are the main economic drivers of the Covent Garden area, due in large part to its status as a popular shopping and tourist destination. Covent Garden Market itself is a major retail centre with shops, cafes and bars alongside market stalls at the Apple Market and Jubilee Hall Market. These markets at the nineteenth century square in the heart of Covent Garden offer a variety of crafts, food, clothing, and other goods for sale.

Along with the Royal Opera House and the Theatre Royal Drury Lane, the district is home to several independent shops along Neal's Yard and Seven Dials. The area also has more than 60 pubs and bars, including the historic Lamb and Flag on Rose Street and the award-winning The Harp at Chandos Place. Internationally acclaimed restaurants and some of the oldest eateries in London are also among Covent Garden's attractions.

Long Acre is Covent Garden's main thoroughfare. Completed in the early seventeenth century, the street was known for coach-building in the nineteenth century. This was followed by car dealers starting in the early twentieth century. Austin Motors, Daimler, Fiat and Mercedes-Benz all had showrooms along Long Acre. It has also been known for publishing and a deep involvement in both the media and creative industries, along with entertainment and retail. Pineapple Dance Studios and the London Film School are also located nearby along Langley Street.

The area is exceptionally well provided for by public transportation, with the close proximity of Covent Garden station and Leicester Square tube station offering fast links throughout London on the Northern and Piccadilly line to locations like South Kensington, King's Cross Station, Camden Town and Old Street. Other nearby tube stations include Charing Cross, Embankment, Piccadilly Circus, and Holborn stations. Numerous bus routes also offer excellent services within easy walking distance, especially from Southampton Street (Stop A), which accommodates 22 bus routes alone. You can rest assured that when you choose Covent Garden to locate your new office space to rent, in the huge variety of commercial properties here at your fingertips, that all of your commuting and travel needs will be easily accommodated.

Situated within the London Boroughs of Camden and Westminster, the iconic Covent Garden is a major entertainment destination that is found between St. Martin's Lane and Drury Lane. The central square boasts a busy marketplace while nearby restaurants, bars, and boutique shops attract residents and visitors from around the world. The bustling area is often filled with street entertainment, creating a vibrant streetscape amidst striking architecture and cementing it as one of the best tourist destinations in the United Kingdom.