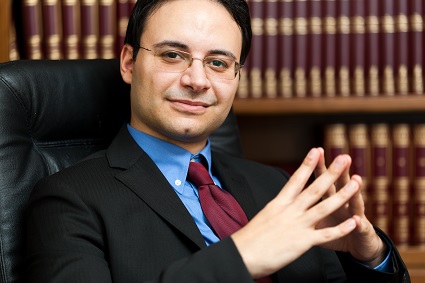 If you sometimes feel overwhelmed during meetings, terrified during presentations, and just a little bit slow during your day-to-day interactions at work, there are ways for you to appear smarter. Using a little science and a lot of research, the sociology world has found ways for you to look smarter at work.

Keep Your Language Simple
Think back to the last time you read an email that was laced with hyperbole. The chances are, you found it irritating rather than impressive. A study conducted by Princeton University in 2005 found that those who use grandiose language don’t appear smarter than their contemporaries who keep things simple. In fact, quite the opposite happens. According to the study, when you use overly complicated language, you disrupt the fluency of the overall conversation. Using language that you’re familiar with, and that others will understand, is far more effective.Smile to Look Intelligent
A study published in PLoS in 2014 found that walking around with a frown on your face will cause others to believe you are of low intelligence. In contrast, being smiley will lead them to believe you are smart. This study investigated the traits found in ‘high intelligence’ and ‘low intelligence’ faces. The majority of faces associated with high intelligence carried expressions of joy, and were often friendly. If you usually walk into work with a glum expression, take a little time to put a smile on your face.Be Self Assured and Use Expressive Speech
A meta analysis carried out by Northeastern University found that those who appear self assured and use expressive speech are perceived as being more intelligent than those who do not. Expressive speech involves varying degrees of tone, with passion and no faltering. In other words, you need to be confident in what you say and how you say it. Clearly this doesn’t come naturally to everyone, and shyness or a lack of confidence in what you are saying doesn’t always correlate with low intelligence. If you struggle with public speaking or speaking up in meetings, focus on those topics you feel confident speaking about and take some time to practice talking to yourself at home. It can work wonders for your expressive speech skills.

Use Your Middle Initial When Engaging in Non-Verbal Communication
If you are looking for a quick and easy way to seem more intelligent at work, just use your middle initial. Stick it at the end of formal correspondence, make sure it forms part of your email handle, and sign documents using it. When you attend conferences and networking events, make sure it’s included on your name badges. A study published in the European Journal of Psychology found that the use of your middle initial in formal interactions increases positive associations with your perceived intelligence. This one takes very little effort, so you may as well make the most of it.

Demonstrate Empathy and Read More Literary Fiction to Boost It
Being able to demonstrate empathy signals to others that you have excellent emotional intelligence. A study carried out by the New School of New York City found that those who read more literary fiction have better Theory of Mind (ToM) skills. This means they’re able to better understand the beliefs and emotions of others who perceive the world differently to them. If this study is accurate, taking a little time to read more often could see you naturally enhance your ToM skills, which in turn means you will appear smarter at work.

Change the Way You Dress
Clothing is a bit of a contentious issue when it comes to perceived intelligence, but science backs up a few simple ideas. A study published in the Journal of Fashion Marketing and Management found that men who wear bespoke suits are more likely to be perceived as intelligent and professional than those who wear off-the-rack items. Even though the differences in image are subtle, having a suit specially made can make a big difference. When it comes to women, it appears dressing modestly can have a positive impact on intelligence perception. In other words, the less skin women show, the better.

Maintain Eye Contact
Maintaining eye contact can often feel a little tricky for some, as it’s quite an intense activity. However, a study published in the Bulletin of Psychomonic Society found that those who are able to maintain eye contact as they talk come across as being more intelligent than those who don’t. On a one-to-one basis, this can be fairly easy. If you’re addressing a room, try to move your eye contact around a little to give a good impression.

To make the most of these tips and tricks, try out each one on a temporary basis to enhance it. Once you’ve worked on one, move onto the next. With a little practice, you’ll soon come across as being smarter in the workplace.