Since most of us spend an average of 8 hours a day in the office and surrounded by our colleagues, it is not surprising that we end up getting to know their personalities pretty well. While most working relationships with office colleagues are pleasant enough, some days you just can’t wait to go home so that you do not have to deal with the quirks and eccentricities of your co-workers anymore. But as they say, knowledge is power, so by finding out more about the four most common personality types, you will be more prepared to deal with them. And who knows, maybe you even realise that you fit into one of these descriptions!

(Note: take these with a pinch of salt and with a lot of humour). 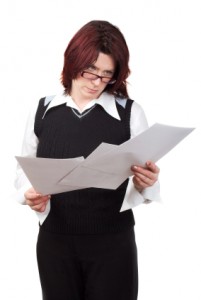 You surely know about this one: whether they have been working for the company for ages or have just been hired, they have a very particular way of doing things – and they insist that their way be respected! The Fussy Perfectionist usually prefers to work alone, probably because he / she really thinks that no one else would be up to the scratch. This office character has a strongly systematic personality, which extends to everything that crosses their path: from the office coffee machine (which has to dispense their preferred coffee just the way they want it – and don’t even dream about using their coffee mug or putting it away in a place other than its “designated” spot!), to their desks (which are invariably tidy and uncluttered).

You could say that the Fussy Perfectionist has some OCD-ish traits, and the most extreme cases will simply blow a gasket if anyone tries to “rearrange” their office space. The Fussy Perfectionist may have probably had a word with the cleaning staff, as there is nothing worse for this office character than coming back to work and finding that their computer screen is tilted a couple of degrees to the left, or that their strategically placed paper clip is no longer there!

Fussy Perfectionists are their own worst enemies and are highly critical of themselves, so avoid by all means questioning their work or the reasons why they do things in a particular way. Let’s put it this way: if you question their method, they will never forgive you.

It may also happen that your boss is a Fussy Perfectionist, and if that is the case, it might not be as funny. Managers who display these personality type are nearly impossible to please, and they will often put unrealistic work demands on their employees. You can try to negotiate with them, but most likely it will be a “boss-wins” situation. In cases like these, your best bet is to always be punctual, reliable, and productive, and to find ways of proving that you are (because they will always suspect that you are not).

On the plus side, you cannot deny that Fussy Perfectionists are more often than not highly efficient workers. Their systematic and analytical personality has led them to streamline the tasks that they need to perform, and as long as their sense of order and structure is not disturbed, they will do their job to a high standard no matter what.

Next week: The Nice Guy/Girl