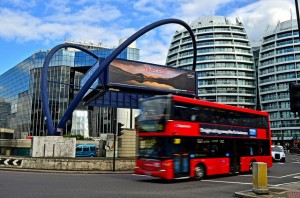 For several years, London has been considered one of the world’s most prosperous technology hubs. Silicon Roundabout, Tech City, and Old Street are now firmly established in the global digital scene and can compete with other successful technology centres, mainly with California’s Silicon Valley. However, and despite the fact that London’s Tech City is a relatively new project, it seems that the London tech scene is growing at a faster pace than California. A report published in June 2014 confirmed this trend, and in this post we take a closer look at the facts and implications of the unmatched growth experienced by the British capital’s technology sector.

London’s tech sector has quickly caught up with California: learn all the details

The regeneration of the Old Street and the surrounding areas and its subsequent transformation into a leading business district has been hailed as a successful economic growth strategy right from the start. According to a 2013 report published by the Cabinet’s Office, between 2009 and 2012 the number of tech firms based in this area increased by an astonishing 76 per cent, bringing the total number of tech companies in London to over 88,000. Success is also measured by the industry’s contribution to the capital’s economy. In this respect, London’s Tech City is also a winner, as it has been estimated that nearly 27 per cent of the city’s total job growth is generated by the capital’s tech sector. All in all, this industry employs more than 582,000 people across London.

The rapid growth of the Tech City turned this London district into Europe’s undisputed digital capital, but somehow this industry seemed to lag behind its older sibling, California’s Silicon Valley. Yet, everything points at the fact that this is no longer the case. A joint study carried out by Bloomberg Philanthropies and South Mountain Economics showed that this sector is now outpacing its US counterpart, and that it has in fact outperformed Silicon Valley in many aspects.

So what are the key highlights of this report? In the first place, the report suggests that tech growth has not been restricted to Old Street or East London, as the success of the Tech City project has had something of a domino effect, prompting the appearance of startups all over the city as well as beyond the nation’s capital. According to researchers at Mountain Economics/Bloomberg, the powerful effect of the digital sector has also been felt in areas like East Anglia and the South East of England, including cities like Cambridge and Oxford. When these areas are taken into account, the digital sector employs more than 744,000 professionals, as opposed to the 692,000 that now work in California-based tech firms.

The report also shows that the digital sector in London is now well established as a world leader in financial technology. In London, this industry sub-sector employs 44,000 people, whereas Silicon Valley only has 11,000 financial technology experts.

What does this mean for professionals in the tech industry?

In addition to the good news brought by the Mountain Economics/Bloomberg report, research carried out by Oxford Economics and unveiled during the latest London Technology Week showed that professionals in the tech sector are in for a bright future.

It is estimated that over the next 10 years, London’s digital sector will grow at an annual rate of 5.1 per cent, and by 2024 it will have generated more than £12 billion and a further 46,000 new jobs. On the occasion of the Technology Week, the former Mayor of New York expressed his admiration for the success of the British capital’s digital sector by affirming that although barely a decade ago London wasn’t even close to competing with Silicon Valley, now the top tech firms are looking at the UK’s capital as the ideal location thanks to its strong talent base.

London’s digital industry is a story of success that still has much life left in it. In the near future, we can expect to see how the sector experiences diversification and a high degree of specialisation in sub-sectors like retail tech, gaming, creative tech, and financial tech. All this will encourage the appearance of even more high-growth and high-value startups and will reaffirm London’s outstanding performance in the global digital stage.