Old Street's Silicon Roundabout and the surrounding areas are synonymous with innovation and considered the heart of the startup community in the United Kingdom. Find your perfect workspace by viewing a featured selection below or call us on 020 3053 3893. 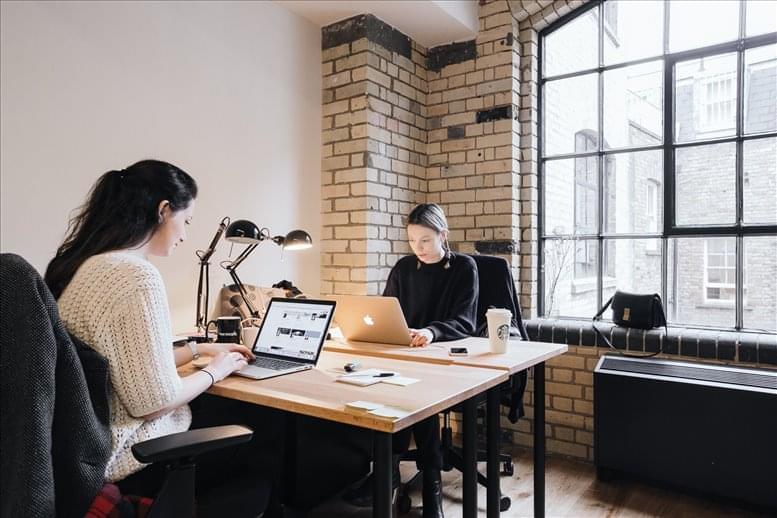 70 Wilson Street is a 71,000 sq ft Low Carbon Workplace that sits at the junction of London's tech hubs in Old Street and Shoreditch (both a 5 minute walk) and its financial centre in the City (Moorgate and Liverpool Street are also just 5 minutes away by foot). Across the street from Finsbury Square and 1 minute away from Google Campus, this coworking space places you in a fantastic location for both business and networking... More info 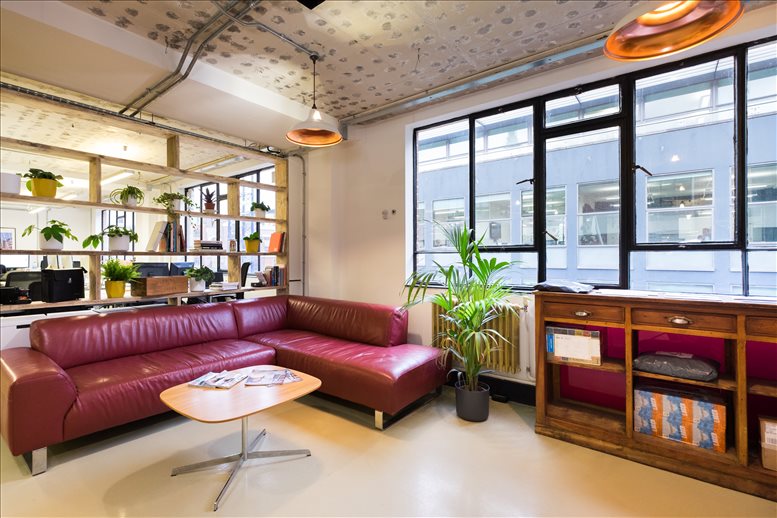 The workspace has great workspaces with affordable memberships in the Shoreditch and Liverpool Street areas. Post COVID- the space is offering super flexible memberships, so clients only pay for the time they are in the office. The space has both light & spacious co-working spaces & private studios available on flexible and affordable terms. Old Street has seen significant development recently and is home to a strong crowd of tech companies... More info 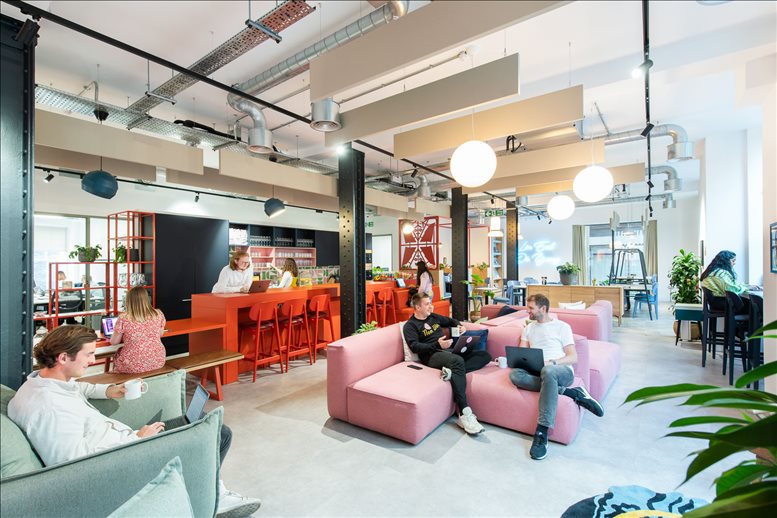 This beautifully designed workspace near Shoreditch High Street and Old Street station can cater to any need. The space is well equipped with high-end facilities and amenities that ensures top-notch operations. All of the basics are covered from office supplies and business-class printers to front desk service and personalised support. Moreover, the workspace offers administrative support, high speed Wi-Fi, meeting room access, and an... More info 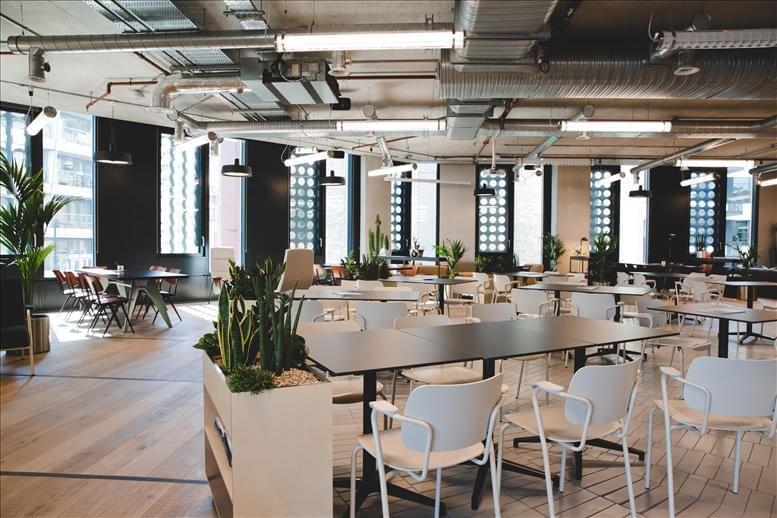 Designed by architects AHMM, interior spaces benefit from high ceilings and plenty of natural light. The result is office space for rent in Old Street that is functional yet attractive and inviting. Contemporary options range from two-person studios to private offices for up to 50 people. If you are looking for a desk in a welcoming and collaborative setting, there is also a coworking space.

Each space of this stylish property is... More info

This office building, part of a global network of workspaces, provides coworking space and private offices at a convenient central London address across from Old Street station. Whether you need one desk, or a whole floor, this space has it all. Offering facilities including meeting rooms, bike storage, air conditioning, a coffee bar and fruit water available at all times, phone booths for those private phone calls, printing, scanning and... More info 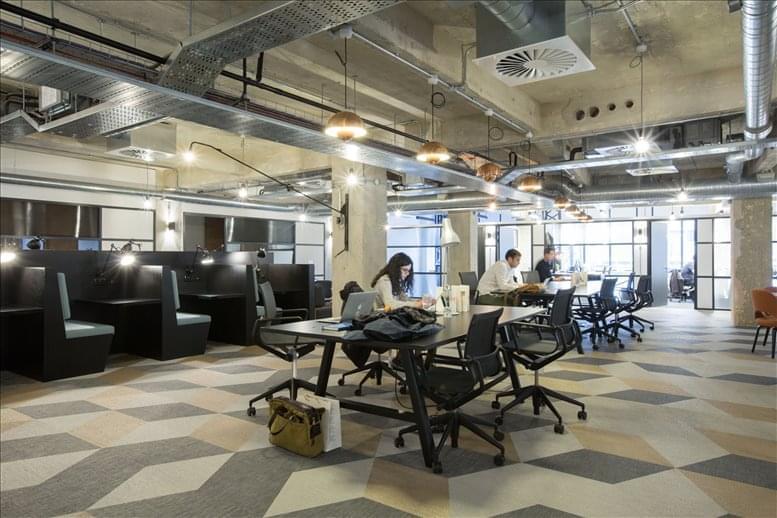 This unique business campus provides a selection of boutique private offices and coworking accommodation, set within the eye-catching Albert House building. With a total of forty office suites available, complete with stylish furnishings and chic interior decor, along with an impressive reception area staffed with professional and friendly personnel. 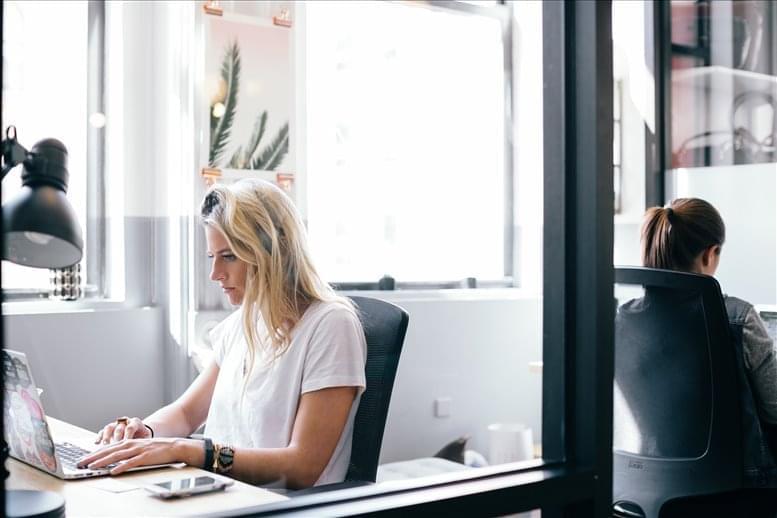 Join a community of forward-thinking companies in these brand new offices that feature exemplary on-site facilities. The work spaces are designed to promote productivity, with cosy lounge spaces and unlimited fresh micro-roasted coffee. The offices are available on flexible terms and on one all-inclusive rate. The building has dedicated meeting spaces that are fully equipped and offer a professional setting. There are private soundproofed... More info

The rise of the coworking scene in Old Street is closely linked to the remarkable growth of entrepreneurial activity in Silicon Roundabout, which had its beginnings in 2008. During the following years, the Old Street area emerged into the epicentre of the UK’s tech industry, attracting millions of pounds in investment and eventually drawing to the area a variety of businesses in related industry sectors.

One of the most defining moments in the local coworking scene came in 2010 with the establishment of Campus London, which mainly targeted local tech startups and made coworking space an integral part of the project. Within months, it had thousands of members, and from then on there was a sharp rise in coworking activity in the area. The 2014-2018 period was particularly auspicious for the coworking market in Old Street, since transaction numbers grew by nearly 70 per cent.

By 2018, the Old Street area was home to over 2,000 startups, 30 accelerators, and multiple shared office space venues. Currently, Old Street is part of the so-called Emerging City, which boasts the highest concentration of office floor space devoted to coworking in London. And in 2018, the Old Street / Shoreditch area topped the lists of new business centres, many of which offer coworking space.

Nowadays, Old Street and the surrounding areas are synonymous with innovation and considered the heart of the startup community in the United Kingdom. Hundreds of companies are based here, involved in sectors like software development, robotics, digital media, and healthcare technology. The rise of these industries created an opportunity for alternative forms of office space to develop, along with changing space requirements and the adoption of agile work practices.

Coworking centres are mostly located to the north of Old Street Station, with some extending south towards Shoreditch High Street. As more coworking hubs came onto the market, prices decreased from average workstation rates of more than Ł580 / month in 2014 to Ł500 in 2018, and the rent prices have mostly levelled out since and just followed inflation - as a steady flow of providers continue to enter the market to meet demand. Nowadays, the Old Street area is considered one of the most affordable coworking locations in the city along with those in East London, Camden, and Westminster.

Coworking space providers in Old Street include WeWork, Techspace, and The Trampery. Closer to Shoreditch are hubs like Huckletree, Frameworks, Soho Works, Central Working, and Mindspace.

Hot desk space goes from Ł125 to Ł180 for part-time access or just under Ł300 / month for unlimited access. Fixed desk space averages Ł400 - Ł450 / month, but lower rates can be found in some Shoreditch hubs, starting at Ł200 / month. Furnished private office space with access to meeting and conference rooms starts at Ł750 for 1 person and goes to over Ł7,000 for teams of between 11 and 20 people.

Whether you're looking for an Old Street coworking hub, shared office space, fixed desk or meeting space, we can help you find what you need. We have Central London coworking space available including coworking memberships, hot desks and private offices, all with awesome perks and great facilities. Browse around or call us now on 020 3053 3893 and tell us what you require.