We have a substantial portfolio of Victoria Embankment office space for rent, and experts dedicated to finding you the ideal business location in West Central London. Whether it be serviced offices, flexible rentals, short term space, hot desking, freelance friendly shared workspaces, commercial units or virtual office solutions - we can help you find the ideal spot to set up shop and get busy working right away. 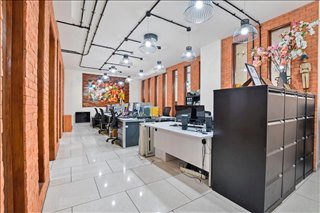 A quirky office space located at a prestigious address available now! This space boasts a vibrant interior that has been carefully designed to boost creativity and productivity. This space is filled with stylish yet comfortable furniture and an abundance of natural light that creates a comfortable working environment. In addition, members have access to everything they need for their modern business to thrive. Business essentials such as... More info 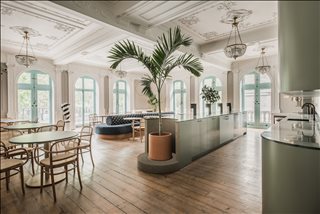 This listing offers outstanding office space, situated in a prime area of Central London. The office building has a wealth of fantastic amenities, this includes; 24 hour access, spacious event spaces and access to high quality meeting rooms. Tenants can also benefit from weekly breakfasts, cultural events and a network of other centres nationwide. By joining this network, you will be apart of a supportive community of like-minded... More info 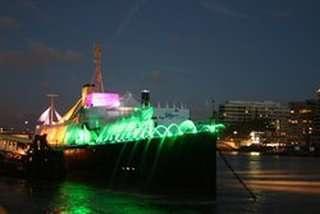 A spectacular location at the most reasonable prices in Central London. This unique work environment offers serviced offices from 1-10 people aboard a fully restored ship moored at Victoria Embankment. The package includes high-speed broadband, phone/voicemail, furniture, coffee/tea service, daily office cleaning and more. Clients also have the benefit of a discount in the ship's riverside café/bar, a variety of meeting rooms, lounges, a... More info

A large portion of the Embankment is dominated by the Victoria Embankment Gardens. The riverside Victoria Embankment provides stunning views of London's south bank including the London Eye and County Hall. As a result, it is a major draw for visitors. Somerset House sits between the Strand and Victoria Embankment. Construction on the neoclassical building began in 1776. Designed by Sir William Chambers, the building overlooks the River Thames and is built on the site of a Tudor palace. It is now a major arts and cultural centre, and the East Wing is occupied by King's College London.

The Embankment area sits between the Palace of Westminster and Blackfriars Bridge in the City of London, linking the halls of power with the capital's financial centre. It is a good base for businesses working with decision makers in Westminster as well as financial services providers located in the City. As a result, there are businesses in a number of sectors active in the area - from legal and professional services to financial and retail businesses. Major office developments in the area include One Embankment Place, which is occupied by PwC. Originally built in the early 1990s, the office tower sits above Charing Cross station.

At the eastern edge of Victoria Embankment is Tallis House, a serviced office solution located south of Fleet Street and close to Chancellery Lane. The office building on Tallis Road is close to legal and financial services firms as well as major corporations based in the City. It also has good transport links thanks to its proximity to Blackfriars and City Thameslink stations. Facilities include meeting rooms and a business lounge. Several office options are also located just north of Embankment station around Trafalgar Square and Charing Cross station. A refurbished 1820s building, 1 Northumberland Avenue provides businesses with a base close to government departments and decision makers in Westminster. Also close to Trafalgar Square is Golden Cross House at 8 Duncannon Street. Both office locations feature modern amenities such as break out areas and meeting rooms.

The Embankment area boasts a plethora of transportat links, with Embankment, Charing Cross, Leicester Square and Covent Garden London Underground stations all within a few minutes walk. Numerous bus routes operate within the area providing access to the rest of London.

During the nineteenth century the area around the Embankment was reclaimed from marshland along the River Thames. First proposed during the 1660s, concrete grooves to create embankments along the Thames were made by Sir Frederick Trench. The aide to George IV proposed the Trench's Terrace between Blackfriars and Charing Cross in 1824. Chelsea Embankment was finally built in 1854 between Millbank and Chelsea Hospital. The embankment's western section runs through the Royal Borough of Kensington and Chelsea and its eastern is within the City of Westminster. Work on the northern Victoria Embankment began in 1865 and was largely designed by Sir Joseph Bazalgette. Completed in 1870, the embankment runs between the Palace of Westminster and Blackfriars Bridge in the City of London.

The Victoria Embankment is also a major thoroughfare between Westminster and The City. The smaller Albert Embankment was also built on the south bank of the Thames between 1866 and 1869. Work on the Embankment continued into the twentieth century to repair damage caused during the Blitz and natural disasters such as the 1928 Thames Flood.