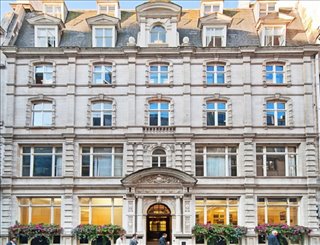 This space has six desks in the heart of London City, all bills included and many benefits. Internet, Phone Line, Central Heating, CCTV, 24 Hour Access on Llyods Avenue. Usage of meeting area whenever you wish (as long as nobody else in the office has booked it) and concierge service from 9am - 6pm. Office size in total 66.7m². More info 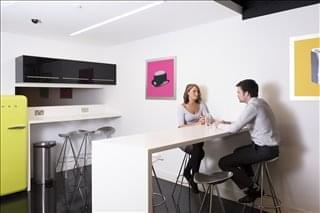 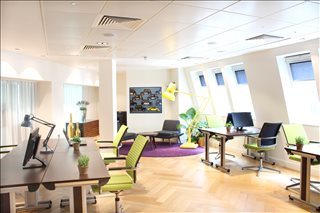 Recently refurbished building with contemporary interiors. The space has numerous quiet areas for catchups in the centre public lounges as well as options to have lift access direct to your office floor depending on the space taken. With two entrances to the building there are numerous ways for the team to offer flexible spaces depending on how your company needs to adapt through the new normal. In addition, the workspace allows clients to... More info 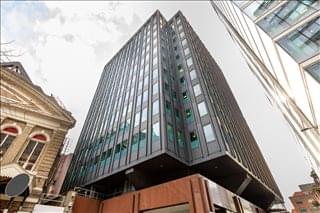 Providing high-quality office accommodation with excellent natural light, this landmark office tower at 6 London St is designed with the latest technology and amenities. These EC3 offices are arranged over 10 floors and include superb open-plan spaces with spectacular views of the City. 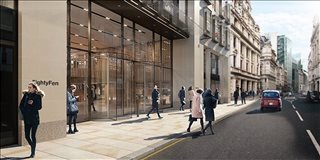 This city centre location comprises an impressive 40,000 square feet of flexible work space for individuals and teams. At this location members have access to co-working options, private offices, and event space. This workspace spans over two-floors filled with 26 private worksuites and nearly 15,000 square feet of shared common area. At this location, the interior design is sleek, stylish, and filled with an abundance of natural light that... More info 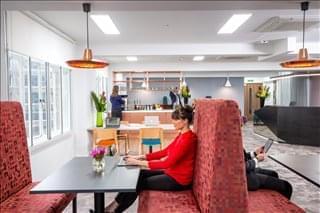 The building at 54 Fenchurch Street, London EC3M underwent a recent refurbishment to provide Grade A office office space in London's insurance district. Spacious office spaces are spread across seven upper floors, while a ground floor reception area has been remodelled to create a striking entrance for the property. There is also a professional business lounge / coworking space with hot desks and private phone booths. 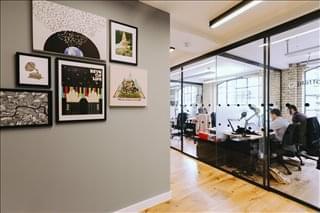 This listing offers modern, spacious and high quality office space, perfectly situated in central London. This workspace offers private serviced offices and co-working spaces, there is something to suit the needs of your modern business. The private offices range in size to accommodate teams of all sizes and come furnished with high spec furniture. All spaces are designed to promote productivity, with plenty of natural light and a wealth of... More info 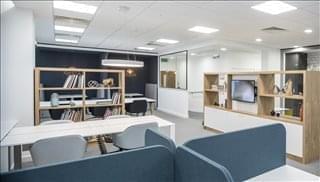 In the centre of London's bustling creative community you'll find this outstanding office space. Recently refurbished and spread over 37,000sq ft of space, this building boasts bright interiors, uniquely designed offices with a clean and modern approach. With meeting rooms, individual private work booths and a welcoming reception area, this building has everything and more that you'd expect from the modern working environment. There is also... More info 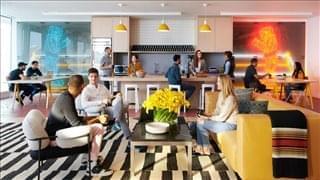 Vibrant office space filled with a range of useful and meaningful amenities available now! This state-of-the-art office space includes everything from office supplies to personalised support. Members can book meeting rooms online. Living-room style common areas are the perfect place to take a break during a busy working day. Thirsty? Grab a complimentary beverage from the kitchen area. Need to take a confidential call? Step into a... More info 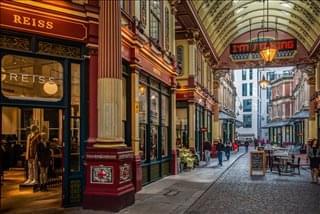 The private office is situated on the 3rd floor and provides a light, spacious and creative working environment with unique views into Leadenhall Market. Modern office furniture is already in place, ready for you to hit the ground running from the day you move in. Members also have access to modern meeting rooms. A comfortable breakout space is the ideal place for informal meetings or a catch up with colleagues. Each detail has been... More info 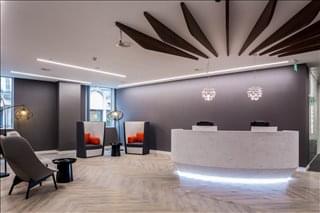 This centre is in the Heart of London offering 52,000 sq ft of modern London office space. The floor has been designed to include a beautiful breakout area within the building's atrium, a grand reception and modern furnishings that are sure to impress. The offices are of the highest quality and attract a diverse range of industries from financial services to recruitment and ancillary services. Available for up to 760 people, the space is... More info

Serviced from £500 per person per month
70 Gracechurch Street, City of London - EC3V 0XL

Fenchurch Street is a major route through the City of London's financial district, connecting Aldgate with Lombard Street and Gracechurch Street. It is little wonder that the street is the base for several large national and international companies. Several companies based along Fenchurch Street are commercial insurance companies and reinsurance firms that are active internationally. There are also banks and other businesses in the financial services sector along with law firms.

Fenchurch Street has several prime office developments, including 20 Fenchurch Street. Completed in 2014, 20 Fenchurch Street stands at 525 feet and is one of the City's tallest buildings. The unique design of the tower has led to its nickname as the 'Walkie-Talkie'. Plantation Place is one of the largest office developments in the City at 30 Fenchurch Street. The main tenant is Accenture, although the building serves as the base for a number of banks, insurance firms and consultancies. Next door is Plantation Place South, a smaller complex with nine floors and completed in 2004. Along with Lloyd's of London at the nearby Lloyd's Building, many companies at the site are insurance providers that are active in the global market.

Other nearby office buildings include 30 Fenchurch Avenue. With about 330,000 square feet of space, the prestigious tower was designed by Foster and Partners. Amenities include shower facilities, a gym, a fine dining restaurant on the 23rd floor, bike spaces, and a 375-seat auditorium. The iconic 30 St Mary's Axe is also nearby. Known as the Gherkin, the 41-storey tower is 591 feet or 180 metres tall and is one of the most recognised buildings along London's skyline. Serviced office options include New London House at 6 London Street. Located next to Fenchurch Street Station, fully furnished offices are provided as well as reception and administrative services.

A major thoroughfare in the City of London's financial district, Fenchurch Street links Aldgate with Lombard Street and Gracechurch Street. It is the home of several corporate offices and headquarters as well as Fenchurch Street station, a mainline railway terminus that serves East London and communities in Essex. Completed in 2014, 20 Fenchurch Street rises 525 feet above Fenchurch Street. The distinctly-designed tower has been nicknamed the Walkie-Talkie due to its shape.

Other major commercial buildings along Fenchurch Street include Plantation Square, a major office development built in an area that was once known as the hub for the tea trade. Completed in 2004, it also boasts roof gardens that offer stunning views of the city's skyline. At the eastern end of the street is Aldgate Pump, a historic water pump that as re-built in 1876 as a drinking fountain. It was originally erected during the Middle Ages and was first mentioned during the reign of King John.