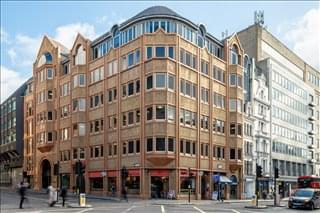 A pleasing double heighted atrium with front desk and onsite support greets clients as arrive, with a public break out space and in-house barista located on the ground floor. All floors are serviced by a double lift and the whole building benefits from high ceilings, lending the offices a natural light, instilling a wealth of health and wellbeing benefits for all the members. Free-to-use meeting rooms and break out spaces are available on... More info 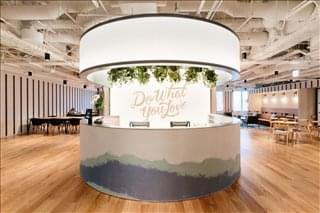 Each space is filled with natural light, custom art, and stylish furniture. Living-room-style common areas are the perfect place to enjoy a break with colleagues. Meeting rooms can be booked online. Sleek, private office space has been designed to boost productivity. The workspace allows clients to have 24 hours access 7 days out of every week with high-speed WIFI accessible all through the center. All business essentials are, of course,... More info 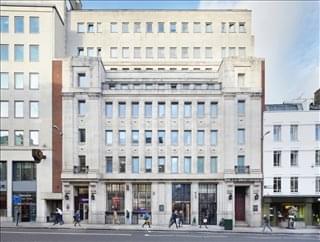 This centre has been spectacularly renovated and redesigned into what is now a bustling business centre. With over 45 offices based within it, the centre has plenty of space for businesses at any stage of progress, whether you're looking to put down your first roots or expand your brand into new surroundings. Potential tenants of these spacious offices - flooded with natural light and designed to a very high specification â€“ will be... More info 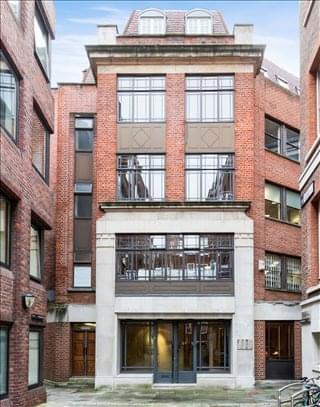 A flexible work space that provides members with a fully-fitted managed office.With its picturesque setting, the offices also profit from large windows with plenty of natural light. At this location, members will benefit from a fit-out that nurtures your company's culture. At this location your space is designed to meet your business needs. You will also have access to comfortable breakout spaces and modern meeting rooms. This cost... More info 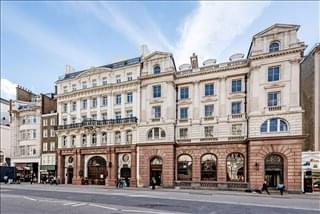 The Clement Rooms is a collection of beautifully designed, high-quality private office space located in the heart of central London on The Strand, just a short walk from Temple, Holborn and City Thameslink stations. Located directly opposite the Royal Courts of Justice, these offices are perfectly located for those working in the legal profession or looking for an office with a traditional London City feel. Clients get their own fully... More info 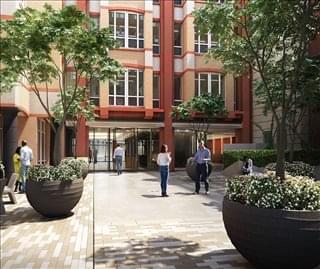 Beautifully refurbished Grade A office a space in the heart of Holborn. Fetter Yard is a reflection of its Holborn neighbourhood â€“ energetic, dynamic and a perfect place for companies to thrive. Taking great inspiration from the surrounding area and architecture of the building, the beautifully designed offices feature dark stained timber, brick-style tiled flooring, and brass details. his space is perfect for start-ups and... More info 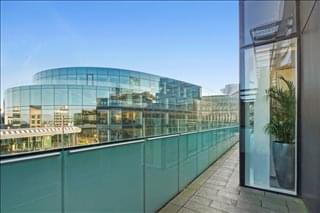 This collaborative workspace has everything a business professional or a team can ask for. It offers beautifully designed private offices and gives the best options to the employees by having light-filled lounges, modern conference rooms, and fully equipped workspaces for a fantastic work experience. Additionally, this workspace offers a large terrace overlooking the street below and attractive common areas where professionals can interact... More info

Many of the former newspaper offices along Fleet Street have been converted into office spaces. They now serve as the London headquarters for several companies, including Goldman Sachs International. Goldman Sachs has its European headquarters at Peterborough Court and Mersey House, the former homes of the Daily Telegraph and the Liverpool Echo. The Peterborough Court estate includes Daniel House and was redesigned for Goldman Sachs in 1991 with approximately 370,526 square feet of office accommodation.

The Daily Express Building at 120 Fleet Street was designed in 1932 and is a Grade II listed building. An example of Art Deco architecture, the building was refurbished in 2000 and features a black facade with rounded corners in glass and vitrolite. Goldman Sachs is a major tenant in the 12-storey office block.

There are also serviced office solutions along Fleet Street. Options include 107-111 Fleet Street, a Grade II listed building overlooking St Paul's Cathedral. Built in 1873, the six-storey office building has furnished and unfurnished offices of various sizes, as well as meeting rooms. There are also shower facilities, kitchens on each floor, and breakout spaces.

Just south of Fleet Street is Fleet House at 8-12 New Bridge Street. The business centre has office accommodation across seven floors. Spaces range from two-person suites to larger spaces for 30 or more people. Amenities include a staffed reception area, kitchens on every floor meeting rooms, car parking and bicycle storage, and office furniture

Fleet Street has long been associated with the media and national press. The printing and publishing industry dominated the area beginning in the sixteenth century. The industry largely moved out of Fleet Street during the 1980s, although many of the buildings that served as bases for national newspapers have been preserved as listed properties.

Fleet Street is now an important base for investment banking, including C. Hoare & Co and Child & Co. C. Hoare & Co is the oldest private bank in England and has been active on Fleet Street since 1672, while Child & Co was founded in 1580 and is one of the oldest banks in the United Kingdom. Accountants and accountancy firms also have a major presence on the street.

Fleet Street is also a base for legal professionals, including the law firm Freshfields. The Inns of Court and barristers' chambers are found along alleys and courtyards off Fleet Street. Other employers include numerous pubs, which have been popular destinations for journalists and lawyers for decades. The economy of Fleet Street continues to be enhanced through a number of projects and strategies.

Fleet Street is nestled between a number of tube and train stations including Temple, Chancery Lane, Blackfriars, City Thameslink and Farringdon stations, and the area is also well served by a number of local bus routes.

Fleet Street in the City of London, now a conservation area, has been a major route since Roman times. It has been a place of business since the Middle Ages, when businesses were first set up along the road. Fleet Street runs west to east, starting at Temple Bar and stretching to Ludgate Circus. The western terminus of Fleet Street marks the point where the River Fleet and the London Wall met. Monuments to important public figures are found along Fleet Street, including statues and memorials for Elizabeth I, Mary Queen of Scots, and Edgar Wallace, Lord Northcliffe.

Fleet Street saw its first publishing works around 1500. The first issue of the Daily Courant was published in 1702, and eventually several newspapers based their operations in the area. The Daily Telegraph, The Daily Express, The Sun, The Times, and other publications were produced on Fleet Street. In 1986, News International moved its operations to Wapping in East London.

The decision began the decline of newspaper publishing on Fleet Street. The last news outlet to leave the area was Reuters in 2005. A small number of publishers have remained on Fleet Street, including D.C. Thomson & Co, Metro International and the Commonwealth Broadcasting Association. The Associated Press and the British Association of Journalists also have offices on Fleet Street.