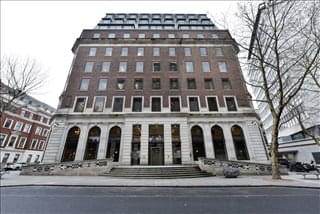 A contemporary and thoughtfully designed centre that's guaranteed to make you love spending time at the office! With beautiful design features and plants combined with industrial and exposed ceilings, this building was made to impress. Premium wood floors, airy settings, and flattering lighting with an energising colour scheme make this more than a place to work, it's a place to grow and thrive. This space has retained its original charm... More info 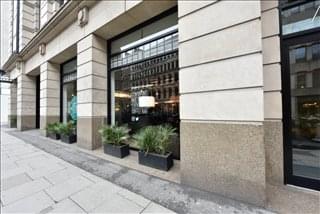 Private offices and co-working spaces are found across six floors at this fully refurbished property, which also has professional meeting rooms and event spaces. Hot desks give entrepreneurs and businesses greater flexibility when they need a temporary or occasional workspace in a professional setting.

There is a great selection of coffee shops and eateries along High Holborn and in the surrounding area. Nearby Covent Garden also... More info 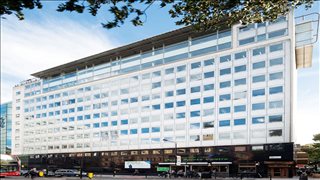 The workspace has a professional and spacious offices with meeting rooms. The premises comprise of predominantly open plan offices with 4 meeting rooms, 2 private offices, a server room, demised toilets, kitchenette and breakout areas. All-inclusive costs on a monthly basis. The workspace provides everything members need to thrive at work along with some cool amenities. The whole floor benefits from an abundant amount of natural light from... More info 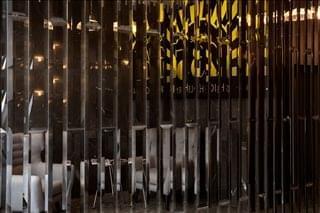 This appealing business centre has recently been given a full make over, providing an ultra fresh look and a professional environment for your company. Set over six floors, workspace in this particular commercial property is thoroughly outfitted with fully furnished coworking space, serviced office suites, meeting spaces and relaxation zones that are furnished to a remarkable standard together with anything else your company needs to... More info 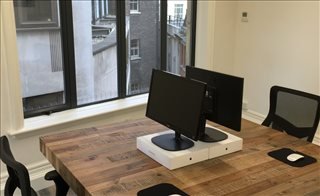 A 1st floor in this beautiful, newly renovated period property a few seconds away from Holborn Tube station. The floor can accommodate up to 10 people. The space has plenty of natural light, bay windows, wooden floors, and high quality furniture including brand new desks and chairs (see pictures) The rate is Â£6000 a month, per floor, which includes: Fast, fiber optic broadband; new furniture; and VOIP phones (new Cisco handsets) with... More info 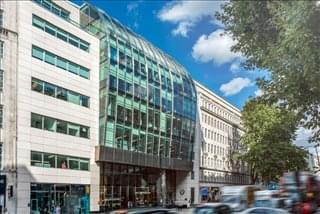 This extraordinary business centre offers a luxurious working environment to grow your business. The workspaces offers chic, modern, private serviced offices and also a spacious co-working area on the fourth floor, providing both hot and fixed desks. The building looks over the Rosewood Hotel's grand faÃ§ade and is situated in a thriving area of London. The building is equipped with many excellent facilities, including twenty private... More info 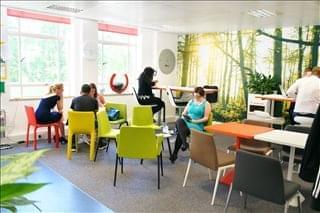 This stylish business centre houses a fantastic mix of modern office space, all furnished to an exceptional standard with everything one would expect in today's workplace. Offices are inclusive of a comprehensive business service package along with a welcoming and highly proficient reception team, skilled IT staff and onsite security personnel.

Hot desk / coworking space is available for freelancers and startups looking for a... More info 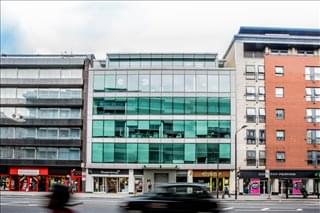 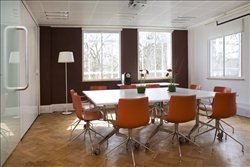 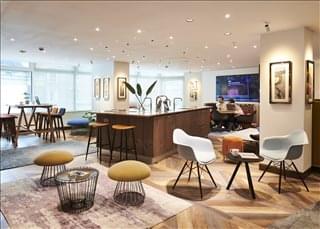 More than just a business centre, these prestigious serviced offices combine modern innovative workspace with thoughtful lifestyle extras, in a luxurious, unbranded environment. The centre team go the extra mile to ensure the satisfaction of their clients, priding themselves on attention to detail. The inviting reception also comes staffed throughout business hours ensuring that guests feel well accommodated, receiving a warm welcome as... More info 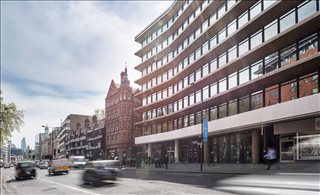 This well-situated building provides fully serviced office accommodation on several floors. The location is well known for its concentration of prestigious media and legal companies, as it also doubles as a link between the West End and the City.

Bright and spacious offices come fully furnished, whilst additional amenities include on site parking, board and meeting rooms, as well as relaxing lounge areas. More info

The Holborn area is a desirable destination with a diverse business community. Amazon, Google and Sainsbury's are just some of the companies that are operating in the area, which has traditionally been the heart of London's professional and legal communities. High Holborn sits between the West End and the City, providing easy access to London's media and retail businesses as well as legal and financial services providers.

It is also well connected with a number of nearby transport options, including Chancery Lane, Farringdon and City Thameslink stations. Holborn station on the Central and Piccadilly lines is located at the Kingsway and High Holborn. The area also hosts numerous restaurants serving international cuisine as well as a great combination of historic pubs and modern bars.

Olswang and Mischcon de Reya are just two of the legal firms with offices on or near High Holborn. Corporate offices for WSP Group and Pearson are also based in the area. The Independent Police Complaints Commission and the Bar Standards also maintain offices along High Holborn. Just north of Holborn Station and High Holborn is 31 Southampton Row, an elegant building overlooking Bloomsbury Square. The landmark building features meeting rooms, co-working and day desks, and flexible office spaces.

Other major office developments include Mid City Place at 71 High Holborn. Designed by Kohn Pedersen Fox, the stylish Grade A office building provides large light-filled spaces with modern amenities. The offices for AECOM, Mitsubishi, Willis Towers Watson, the Advertising Standards Authority and other organisations are found at 71 High Holborn. Nine floors of office space are housed at 90 High Holborn, which is also the head office for law firm Olswang. The building features a striking curved glass facade as well as retail space on the ground floor.

Part of the A40 that links London with Fishguard, High Holborn is a major street in Central London. It runs from Shaftesbury Avenue - an important theatre destination in the West End at the eastern edge of fashionable Soho - close to St. Giles Circus. Along the route, High Holborn crosses the Kingsway and Southampton Row before becoming Holborn at the street's eastern edge.

The Cittie of Yorke at Number 22 is one of High Holborn's most notable landmarks. Pubs have operated at the site since 1430, although the current building dates back to the 1920s. Inside, there is a triangular metal stove that is likely from the late Georgian or Regency period as well as cubicles that evoke Victorian times. When it was known as Henneky's Long Bar, the pub was immortalised by Welsh poet Dylan Thomas in a lost ode that was discovered in 2014. The Embassy of Cuba, the Centre Point building and the University of the Arts London are also found along High Holborn. The Central line of the London Underground also runs underneath the street. High Holborn sits within the Covent Garden area of the capital, a place synonymous with the world famous fruit market and square that first saw trade in fruit and vegetables during the seventeenth century.