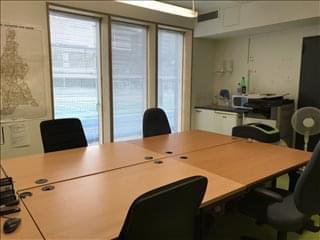 This centre boasts fantastic on-site facilities as well as a great accessible location. The centre is primarily a sport for development charity with the purpose of delivering free exercise and educational programmes. This is something that tenants can take advantage of by accessing the free group exercise sessions. The workspaces available are great value, with an individual desk costing £250 + VAT and a full office of 8 desks costing... More info 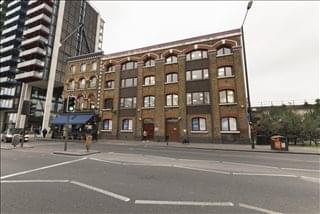 Vintage House is the last remaining Victorian warehouse on the Embankment. The red-brick period building retains much of its original industrial character, even as the surrounding area is being transformed into new office and residential development dominated by glass and steel.

This SE1 office building at 36-37 Albert Embankment is ideally placed with superb transport options that link you to destinations across Central London... More info 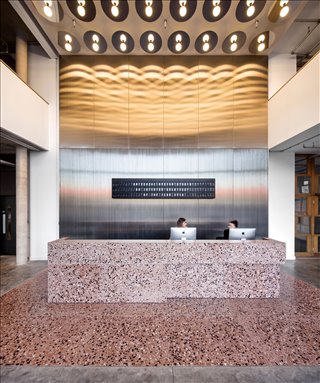 This centre - an eleven-storey, 1960's building, fully refurbished in partnership with architects Universal Design - makes up 120,000 square feet of flexible offices, meeting rooms, event space, lounge space and co-working space in the heart of London. This space comes complete with facilities including; a members' bar for relaxing, gym for working out, on-site cafe, plus a kitchen and dining area. This amazing space is available at... More info 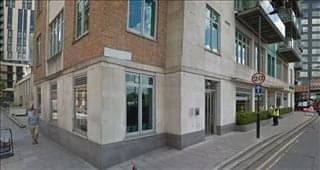 This centre comprises 9,000 sq. ft. of self-contained Grade A office accommodation arranged over ground and lower ground floors. The offices benefit from excellent natural light and a high specification. The offices look out onto a landscaped courtyard and are situated 80m from the River Thames. The offices have access to reception services, meeting room and business lounges. Tenants benefit from 24-hour access as well as security, as well... More info 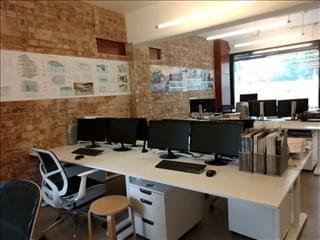 This is a flexible office space located in a mixed-use building at ground floor. Fixed desks are available monthly or longer. In addition to client's office, there is a meeting room and co-working space. The most excellent office space eventually depends on your business needs and goals. Includes use of kitchen (excluding supplies such as tea and coffee), toilets and shower, high speed internet (ethernet and Wi-Fi). A meeting area, lockers... More info 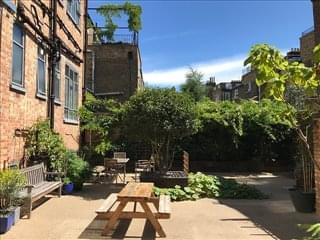 1st floor office within an attractively converted former pickle factory situated in a quiet residential area near to Oval station. The building benefits from an excellent shared canteen and covered courtyard area that is available to all occupiers, and also includes characterful features, fitness studio, cinema and auditorium. The office has its own dedicated entrance. This office space would be excellent for companies from a wide range... More info

We have a substantial portfolio of Lambeth office space for rent, and experts dedicated to finding you the ideal business location in South Central London. Whether it be serviced offices, flexible rentals, short term space, hot desking, freelance friendly shared workspaces, commercial units or virtual office solutions - we can help you find the ideal spot to set up shop and get busy working right away.

While Lambeth is largely residential, there is a small business base in the area. For the most part, the district and borough of London is home to commuters that work in other parts of the capital. Much of the area's economic activity is focused in the north along the River Thames. Many of Lambeth's businesses are small and are active in a range of sectors, including finance, retail, hospitality and IT. Management services, architecture, engineering and technical services, and business information are some of Lambeth's main industry clusters.

Most offices in Lambeth are available in the South Bank, Vauxhall, Waterloo, Nine Elms and Battersea neighbourhoods. Options include Vintage House at 36-37 Albert Embankment. The old red brick warehouse has been converted into serviced offices close to Vauxhall station on the London Underground. There are 13,000 square feet of office space over four floors, some of which offer views of Westminster Palace and the River Thames. The building is centred in an area that is popular with construction and architecture companies, including Tata Steel. Facilities include offices for businesses of various sizes as well as meeting rooms and administrative support.

Lambeth's name was first recorded in 1062 as Lambehitha, which means 'landing place for lambs' in recognition to its role as a harbour for transporting these animals. By 1255, it was written in its current form. Situated on the south bank of the River Thames, Lambeth was previously marshland that was drained during the eighteen century. The laidback neighbourhood is known for its pub culture and offers stunning views of Westminster Palace and Big Ben across the river.

Lambeth is also the name of a London borough that is home to Lambeth Palace, the official London residence of the Archbishop of Canterbury. The Old Vic and Young Vic Theatres, London Waterloo railway station, County Hall, the Imperial War Museum, and the London Eye are also located in Lambeth. The borough also houses the South Bank complex, which includes the National Theatre, the Royal Festival Hall and the National Film Theatre.