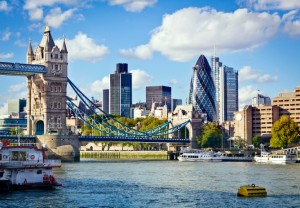 The Most Sought After Careers and Popular Jobs in London

Being the capital of one of the strongest economies in the world, it is not surprising that London attracts thousands of jobseekers every year, who arrive in the British capital hoping to give a boost to their career by landing a position in the city. According to a March 2013 report published by local London newspaper The Evening Standard, the official unemployment rate in the city is at a four-year low, and currently stands at 7.8 per cent. Data collected by the Greater London Authority show that during 2013, the total number of jobs available in the city has increased by 3.9 per cent when compared to the previous year.

The Most Highly Paid Careers in London

As Britain’s biggest financial hub, London has plenty to offer in terms of high paying careers. From the towering buildings of Canary Wharf financial experts manipulate the stock market using a combination of expertise and risk. Within London and around its edges, pilots and flight engineers jet lucky holiday makers off to exotic destinations. If you fancy a career change, or just a little inspiration, these highly paid careers in London can set you right.

The Top Businsess Locations in London

London is one of the world’s most important business centres. The global city is a commerce and finance hub, according to the Institute for Urban Strategies, as well as a centre for education, entertainment, tourism, media, research and development, healthcare, professional services, and transport. There are five major business districts across the city, each with a distinct character and economic strengths.

As a world class city, rich in cultural history and global economic tradition, London is the top choice for events and exhibitions. Visitors to the city will find a wide array of hotel rooms, restaurants to suit every diet and an excellent transportation system providing access to the many available meeting venues. London hosts thousands of events every year. Below are the top events worth paying attention to in London this year.

The Top Business Incubators in London

A business incubator is an excellent opportunity for start-up and development stage businesses to grow. Through a variety of supports that include mentorship, office space, financing and more, businesses and entrepreneurs are able to improve networks and develop skills and promising products or services for the market. London is home to some of the world’s top business incubator programmes, including Impact Hub and Accelerator.

In a world where many businesses are caught up in driving commerce via social media, promotions as simple as networking are often neglected. Still, more and more individuals are recognising the need to return to traditional forms of marketing that work. If your approach to networking could do with a refresh, London is the right place to find success. Taking the innovative approach encourages those you network with to engage and creates a sense of excitement that will allow the buzz generated by your event to continue for some time.