We offer a comprehensive range of serviced and executive offices in Knightsbridge. Each centre we feature offers high quality, professional workspace that comes fully furnished, with all inclusive pricing and no set up costs. 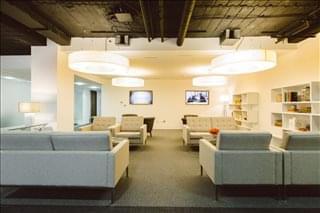 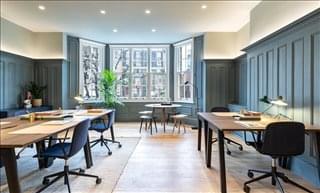 Situated just off Brompton Road next to Harrods is a beautiful red-brick Victorian townhouse at 12 Hans Road, Knightsbridge. Offering a prestigious location for small and medium-sized companies, these flexible serviced offices are complemented by luxurious furnishings and wood paneling. 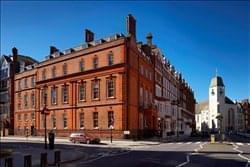 Built in 1888, 45 Pont Street, Knightsbridge SW1X was originally a family residence for renowned architect CW Stephens. The Grade II listed neo-classical building boasts many architectural and decorative features that Knightsbridge and Belgravia are known for, including a red brick exterior and a Westmoreland slate roof. Refurbished in 2013, the property retains many original interior period features, from an exquisite mahogany staircase to... More info 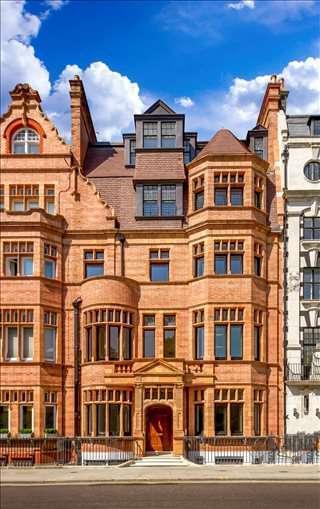 This appealing period building houses a diverse selection of serviced office suites, featuring chic interior decor and a welcoming reception team for that personal touch. A selection of... More info 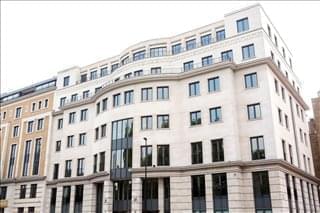 Situated at a prestigious Knightsbridge business address, this fully serviced business centre can't be beaten. This centre boasts; super-fast internet, a range of internet and telecom packages, flexible contracts, meeting rooms for your use, personalised call handling, 24-hour access, and professional reception and business support services. You will have everything that you need for your business to thrive without any unnecessary hassle.... More info 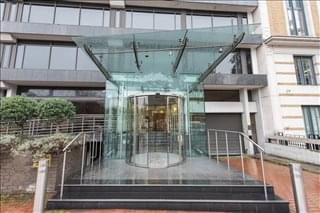 Brand new centre offering workspaces with incredible views. The offices at the front of the building overlook Hyde Park and the rear of the property overlooks Belgravia. This building benefits from a great location and fantastic facilities. The space has been recently refurbished throughout, resulting in offices that are bright and airy. The centre has a ground floor reception with a friendly team, dedicated meeting rooms, a comfortable... More info 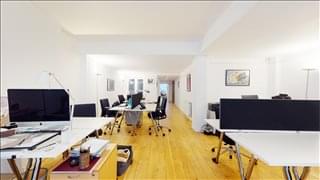 Desks range in price from just Â£60 per week to Â£100 per week (for super large desks) and the friendly co-shared office is the best and most economic office option in Prime Central Knightsbridge. The rent is totally inclusive, with unlimited use of a meeting room and super fast fibre optic broadband. There is nothing more to pay; no deposit and just one month's notice on each side. This space also has a very large up to 12 person... More info

Coworking from £300 per person per monthVirtual from £45
21 Ellis Street, Knightsbridge - SW1X 9AL

Our easy to use, free search service is focused on finding you premium business premises in Knightsbridge at competitive rental prices. Our knowledgeable advisors are waiting to help you locate and secure the ideal business accommodation, from business centre space, collaborative and project spaces and shared office accommodation to individual workstations, unfurnished space, industrial units and virtual office solutions. We have an extensive portfolio of Central London commercial property and if we don't currently have what you need we'll go out and find it!

While not a major hub for office-based businesses, there are some office solutions in Knightsbridge. Most businesses in the area continue to be focused on retail. Office spaces with access to virtual offices and meeting rooms are available at 64 Knightsbridge. The former home of the Danish Club, the classical heritage building boasts designer finishes that help create a modern and chic office environment. It overlooks Hyde Park and features fully-equipped serviced offices, staffed reception services, dedicated telephone lines and voicemail, concierge services, a café, and more.

Home to flagship shops of innovative fashion houses and luxurious department stores including Harrods, Knightsbridge sits south of Hyde Park in West London. Harvey Nichols, Burberry, Jimmy Choo and Manolo Blahnik are just a few of the fashion labels found in the largely retail and residential district. Some of London's best and most exclusive restaurants, bars, salons, and antique and antiquities dealers are also located in the area. There are also several banks that cater to the world's most wealthy individuals, including the British Royal Family and the Queen.

Knightsbridge is also the base for several embassies, including the French, Kuwait and Libyan embassies. It is also home to the Hyde Bark Barracks and the prestigious Victoria and Albert Museum. Surprisingly, Knightsbridge began as a hamlet. It is named after Knight's Bridge, a crossing of the now underground River Westbourne where London's residents met Matilda of England in 1141. During the reign of Edward I, a manor belonging to Westminster Abbey was built in the area. As trade opened between Britain and the Far East, a traditional Japanese village was built in Knightsbridge as part of an exhibition of Japanese culture.

Knightsbridge's economy is based on its exclusive retail industry. The area is home to several department stores, including flagship locations for Harrods and Harvey Nichols. Founded in 1834, world-famous Harrods has been based in the Knightsbridge area since 1849. Its present building on Brompton Road was designed by Charles William Stephens and was built between 1894 and 1905. Harvey Nichols opened its doors in 1831 in a terraced house on the corner of Knightsbridge and Sloane Street.

The current location was built in stages from 1889 to 1894. Knightsbridge is also host to several flagship shops for major fashion houses from Britain as well as international brands. Retail giants based on Sloane Street include Alberta Ferretti, Fendi, Moncler and Tom Ford. Other labels based in Knightsbridge include designers Jimmy Choo and Manolo Blahnik. Several banks catering to wealthy clients are also based in the area.