London Office Space can help you find currently available Central London workspaces for rent near Liverpool Street. We have a wide range of office solutions, from private office spaces and shared coworking hubs to hot desking facilities and short-term workspaces. No matter what property type you are after, our professional consultants can help you find the perfect office space to rent just steps away from London Liverpool Street station. 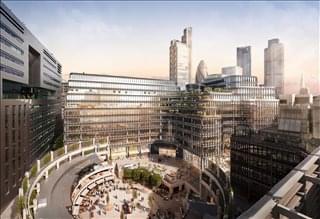 With three levels of premium shops, bars and restaurants, a rooftop restaurant with dramatic views and its own covered entrance to the Elizabeth Line. Hopkins Architects have given the building a whole new identity, with its sweeping curved faÃ§ade, elliptical atrium and floor-to-ceiling windows. Universal Design Studio have transformed the striking reception areas and Gensler are the experts behind every detail of the light flooded the... More info

Set across 4 floors in the newly refurbished Dashwood building and offering stunning City views, the space provides flexible, customisable private offices, meeting rooms and event space. The generous design-led shared spaces are connected by a feature staircase and clients will find timelessly refined interiors, carefully curated artworks, and an air of calm sophistication. Health and well-being are at the centre of the design, with WELL... More info 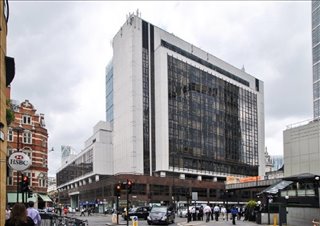 Spaces provide businesses with Grade A accommodation and panoramic views of London's financial and economic core. Floors allow for flexible office layouts in a bright and professional environment.

Serviced office accommodation includes contemporary reception areas and break out areas, as well as meeting rooms of various sizes and kitchen facilities. Office suites are available with or without furnishings, depending on your needs. More info 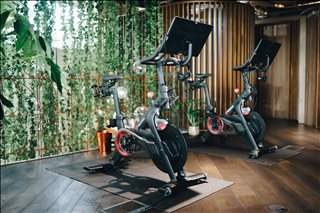 Set in the heart of the capital and spread across eight floors, this magnificent new centre - due to open in November - is an extraordinary setting for businesses of any kind, with private offices, co-working and hot-desking opportunities available. It's luxurious environment is capped off with its stunning roof terrace â€“ both floors or it â€“ offering a brilliant space to take in some fresh air or host an evening event. The... More info 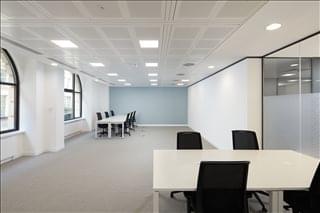 New Broad Street House offers furnished offices that provide you with flexibility, business services and room to grow. Providing true flexibility this business hub offers you the opportunity to rent office space for a few months, take out a multi-year lease, opt for furnished offices or have the office suites fitted out to your specifications.

An impressive range of facilities and business services are included such as meeting... More info 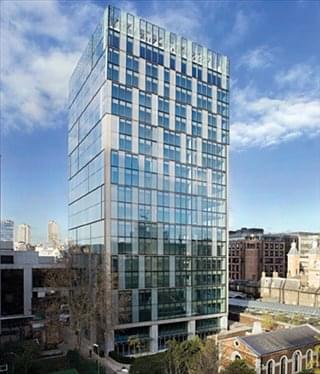 A fantastic range of stylish office space is available for rent on the 17th floor of this prestigious business centre at 69 Old Broad Street in the City of London. You will be able to choose from a variety of options, from private individual executive suites to communal, shared coworking space which allows your company to share office infrastructure and provides a social, vibrant office environment. All tenants are welcome to make use of... More info 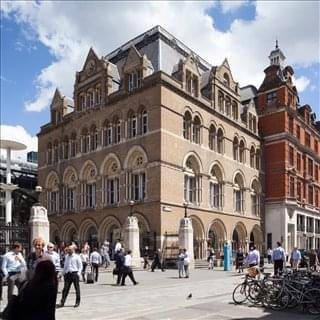 As for transport links, the office space to rent is adjacent to Liverpool Street rail station, a major commuter hub with several mainline train services, including express trains to Stansted... More info 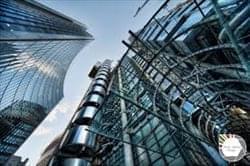 The modern private and shared office spaces at 5 Wormwood Street offer views of iconic skyscrapers in the City, including The Gherkin and Heron Tower. Each office benefits from plenty of natural light and comfortable workstations to create a welcoming environment to do business. There is also a staffed reception area to ensure guests are welcomed and directed.

Serviced offices at this property accommodate between one and 30... More info 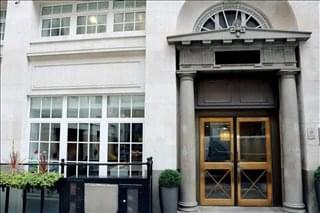 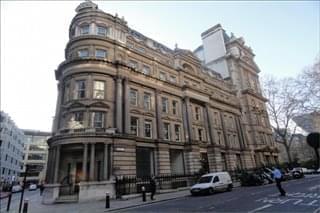 Finsbury House at 23 Finsbury Circus, London EC2M is a design-led space providing businesses and other organisations with a comfortable and attractive environment to work. Functional spaces are finished with stylish furnishings and sophisticated décor that are sure to impress your clients. You and your team will also look forward to working in your beautiful new space each day. 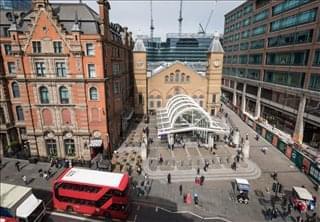 This space offers a fantastic range of amenities, including conference facilities and meeting rooms, an on-site management team, and reception services with telephone answering. Members also have access to a communal kitchen area. The wellness of members is paramount at this location and those cycling to work will have access to bike storage and showering facilities. There is access available 24-hours a day, so the space offers great... More info 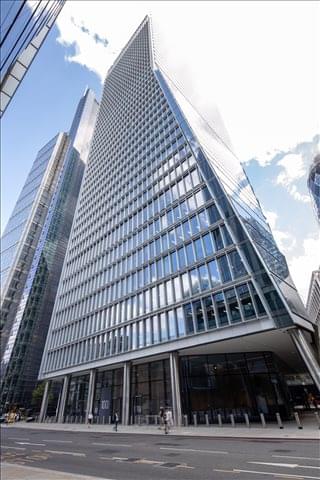 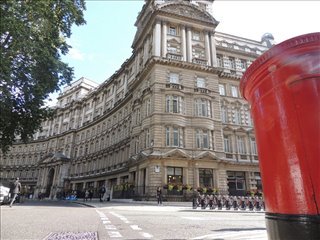 This stunning period building has been fitted out to a high standard, offering office space with excellent on-site amenities and transport links. The property is an imposing and statement building with a friendly manned reception team, who are there to welcome your guests and provide mail handling services. The grand reception and statement offices are sure to impress visitors. High ceilings enhance the space and the offices are very... More info

This office space is strategically situated inside a former Victorian furniture warehouse placing you and your team in a location brimming with character. The building features many original features including exposed brick walls, Crittall windows, and wood floors. Many useful and meaningful amenities are included at this location, such as; a communal kitchen area, lounge space, library and quiet space, and showering facilities! All... More info 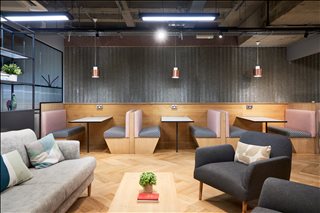 This flexible workspace opening soon offers both private offices and hot-desking in the heart of London. The centre boasts excellent transport links and is a short walk from both Liverpool Street and Moorgate station. Private offices come fully furnished to a high standard with meeting room credits included. Hot desking memberships are also accessible on weekends. Additional benefits for this space include free yoga classes, on-site... More info 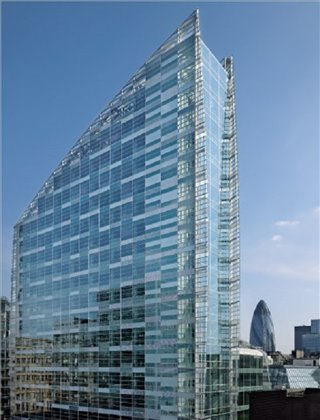 This business centre offers premium business space in the form of private office suites and virtual offices to rent with comfortable furnishings, stylish interiors and plenty of natural lighting. Tenants benefit from all inclusive pricing and a comprehensive range of first class services and facilities such as lounge and meeting rooms, an onsite restaurant, car parking, secretarial and security staff, IT systems and so much more. More info 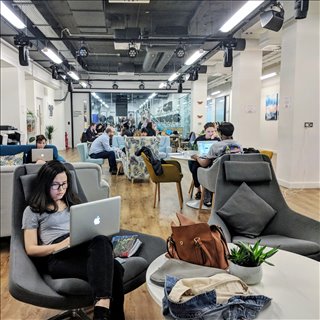 This centre offers co-working space that focuses on supporting founders and young businesses in achieving their goals and growing their business. The centre is beautifully decorated throughout, with a modern finish, and hosts a unique community that prospers excellent growth for tenants as you work alongside like-minded people who foster a collaborative and supportive atmosphere. The centre boasts an array of amenities, such as meeting... More info 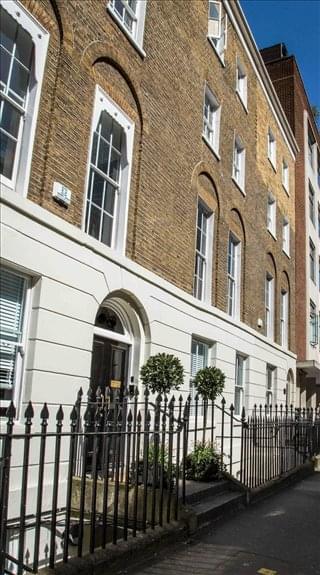 Located at 19-21 Christopher Street, London, EC2A this appealing, brick fronted period property houses five floors of chic office suites, all furnished to an exceptional standard and with impressive detail, inclusive of everything one would expect in a modern workplace.

A professional and friendly reception team are on hand to welcome you and your clients to the building, providing that perfect first impression. Generously... More info 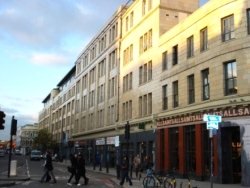 A bright spacious 1400 sq ft warehouse space, which includes: furniture (desk, chair, drawers and shelf space), 100 mb Internet access, your own phone line (if required). It is a light, airy unit with high ceilings and big windows, as well as a meeting room at no extra charge. The office has a vibrant atmosphere in the heart of East London's creative, tech, media and digital industries. All bills included (we've recently added unlimited... More info

Why You Should Rent Serviced Offices in Liverpool Street

Liverpool Street is located in Bishopsgate, an area in Central London that is named after one of the London Wall's original gates. Nestled in the northeast corner of London's financial and business district, Bishopsgate is home to some of London's tallest buildings - as well as several companies in the banking, publishing, legal, and financial sectors. Liverpool Street itself is a short road that runs between Bishopsgate in the west and Eldon Street in the east.

On the north side of the street is London Liverpool Street station, a major railway hub that connects London with Cambridge, Norwich, and other destinations in the East of England. This station also serves as a terminus for the Stansted Express service to Stansted Airport, as well as the West Anglia and Great Eastern Main Lines.

Completed in 1874, the station was built as a replacement for Bishopsgate station. In addition, Liverpool Street serves as the home of a London Underground station of the same name that sits on the Central, Circle, Hammersmith & City, and Metropolitan Lines. Furthermore, the area is also served by the London Crossrail service, which provides transport links from west to east via the Elizabeth Line as well as numerous bus routes. Nearby stations include Old Street, Moorgate, Aldgate, and Shoreditch High Street.

In addition to the office rentals currently available, we also feature offices to rent in other prime locations surrounding Liverpool Street and throughout the EC2 postcode area of Central London. Fill in the Quick Quotes form or call us on 020 3965 9617 to speak to an expert.