Central London flexible offices are now available for rent near Marble Arch. Each centre offers fully furnished private offices and shared workspace with all inclusive pricing and no set up costs. 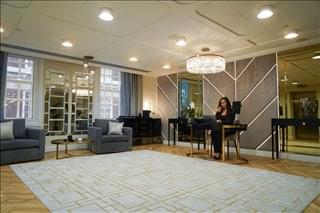 This office space is raising the bar with North Row as they set out to completely transform the space into their most luxurious and sought after workspace. This state-of-the-art office space has covered every detail so that members can focus on what matters: their business. Team members are entitled to exclusive office perks to promote their happiness and enhance work satisfaction further. These include access to modern and spacious meeting... More info 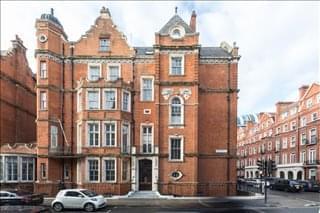 These serviced offices in Mayfair are available to rent on a simple licence agreement with flexible terms and a 2 month notice period. The boutique centre offers a range of private and shared office suites... More info 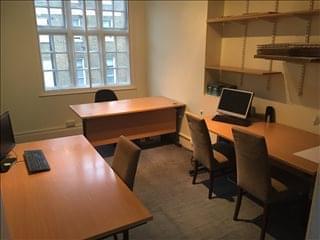 A second-floor, self contained walk-up, within a well operated and managed pub/dining room. Access is through the pub only. The office is set up with three desks. It is very bright and nicely decorated, with CH and secondary glazing. The all-inclusive price includes furniture, rent, rates, light and heat, plus cleaning. There are kitchen and toilet facilities, plus of course the pub itself has a restaurant and bar. The only extra costs to... More info 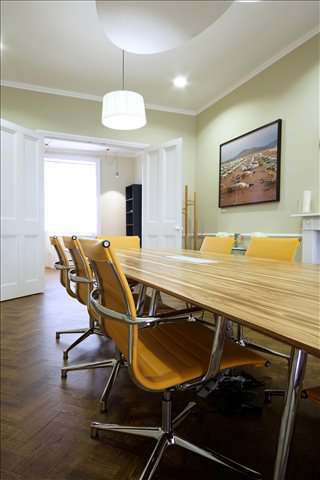 Self-contained serviced offices are available for rent on the first second and third floors of this listed property at , 117 George Street in Marylebone. All offices are unbranded for maximum flexibility, ensuring you can create your own identity.

Offices are bright and spacious, providing businesses with a splendid working environment. The ground floor has spacious meeting rooms and a modern kitchen with a seating area.... More info 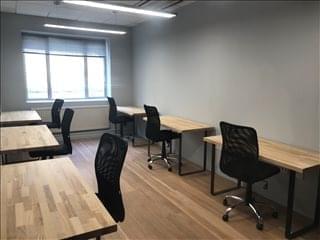 A business centre that is situated right in the very heart of London. This brand new and modern complex offers any potential clients the chance to be located in a prime area with surrounded by premium infrastructure, elusive businesses and exceptional transport links. It offers many opportunities for networking and making business connections. The centre has three floors and several different offices varying between a one-person office and... More info 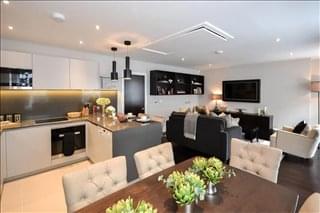 A workspace that is perfect for startups, office spaces those are well thought out keeping in mind all kinds of requirements a user needs, such as, all time access to internet and furniture that is suitable for an office environment. Availability of Meeting rooms along with Training rooms is what make this office space perfect for working. IT supports Executive availability along with housekeeping staff and makes this office space the... More info

Our easy-to-use, free search service is focused on finding you premium business premises near Marble Arch at competitive rental prices. Our knowledgeable advisors are waiting to help you locate and secure the ideal business accommodation, from business centre space, collaborative and project spaces and shared office accommodation to individual workstations, unfurnished space, industrial units and virtual office solutions. We have an extensive portfolio of Central London commercial property and if we don't currently have what you need, we'll go out and find it!

Like parts of Mayfair to the south, the Marble Arch area has a number of businesses in the real estate and financial sectors, including property management and investment firms. The head office for British Land is located at 45 Seymour Street, and The Portman Estate has its offices at Portman Square. Portman Square also has several office buildings, including 10 Portman Square. The new development offers 113,000 sq ft of modern offices across seven floors. Serviced offices are also found within a period office building at 43-45 Portman Square.

Development of Marble Arch Place north of Marble Arch tube station began in 2016. Completed in 2021, the mixed-use site delivers a new landmark and gateway to the West End. As part of the project, the existing 24-storey Marble Arch Tower was demolished. The project involved the construction of two buildings of 18 and 7 storeys that now provide 400,000 square feet of office, residential and retail space. A total of eight floors are dedicated for office accommodation with views of Hyde Park and Mayfair. A multi-screen Odeon cinema is also part of the Marble Arch Place development.

Marble Arch sits at the junction of Edgware Road, Oxford Street and Park Lane. While Park Lane is lined with luxury hotels and sports car dealerships, Oxford Street is one of the world's busiest shopping streets with a mix of national and international fashion labels. Both are among the West End's leading commercial streets, particularly Oxford Street.

Edgware Road is also a major shopping street, making the area around Marble Arch an important retail area. From luxury hotels to former homes converted into office spaces, Marble Arch itself shares many of the characteristics of its neighbours. The proximity to Oxford Street means numerous retail businesses are found in the area. The Cumberland Hotel and London Marriott Hotel Park Lane provide luxury accommodation overlooking the nineteenth century triumphal arch.

The area is extremely well provided for by public transportation with Marble Arch, Bond Street and Lancaster Gate tube stations a stone's throw away. Marylebone and Paddington station are within easy reach and offer services to towns and cities within the UK.

About the Marble Arch Area

Marble Arch was originally designed by John Nash and placed outside Buckingham Palace in 1827. Its design is based on the Arch of Constantine in Rome and the Arc de Triomphe in Paris. Construction of the arch continued between 1827 and 1833.

The white marble faced triumphal arch was removed during building work on Buckingham Palace that started in 1847. It was eventually relocated to the north-east corner of Hyde Park in 1851, the same year that upgrades to the palace were completed. It sits at the centre of the busy junction of Park Lane, Oxford Street and Edgware Road close to the site of the Tyburn gallows. The site was used for public executions from the end of the fourteenth century up until the end of the eighteenth century.

Historically, the arch is used for ceremonial processions involving the Royal Family and the King's Troop of the Royal Horse Artillery. Queen Elizabeth II, for example, passed under the arch during the procession during her Coronation in 1953. The monument lends its name to the surrounding area, which includes the southern section of Edgware Road as well as parts of Bayswater Road, Park Lane and Oxford Street.