Looking for flexible office space to rent in the St Paul’s area of London? Choose from a variety of serviced offices and coworking spaces using London Office Space’s free search function. These workspaces are offered with all-inclusive rates, great amenities, and no set up costs. View our selection of featured offices below or call us on 020 3965 9617 to talk to one of our friendly commercial property experts about coworking hubs and serviced offices in St Paul's. 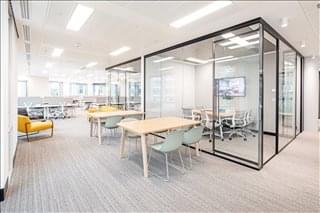 Located just off Paternoster Square, this impressive workspace to rent in St Paul's offers private and coworking offices located steps away from some of London's most important financial institutions. Benefit from 24/7 access and a private roof terrace complete with city views. Initially intended for a single occupier, this office space in flexible enough to meet the requirements of multiple occupiers. More info

Overlooking London's iconic St. Paul's Cathedral, Juxon House at 100 St. Paul's Church Yard provides modern Grade A serviced office accommodation in the heart of the City's financial district. Along with views of St. Paul's and Paternoster Square, this office building provides full-service solutions for businesses looking for a prestigious address in the City. The private and shared office space can be fitted out to your unique... More info 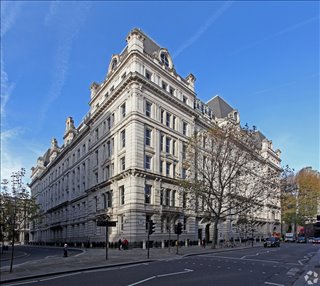 This business centre, available immediately is located on the part 7th floor, totaling 8,136 sq.ft. The partial floor is available with the benefit of a full fit out, plus various meeting rooms and breakout areas. The space currently provides: 108 modern workstations, 2 boardrooms, 2 meeting rooms, breakout and games area, kitchenette. The space is located in a central area of London offering excellent transport links. With St Paul's and... More info 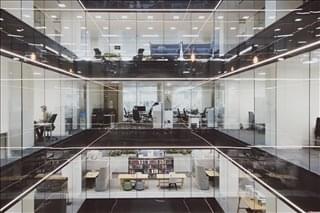 This state-of-the-art business centre provides light and airy office space in a central location. Members have access to a huge range of useful and meaningful amenities. Members will be greeted by friendly staff in a stunning reception area when they arrive. Members can book well-equipped modern meeting rooms. A stylish break-out area is the perfect place to catch up with colleagues. You can also grab a bite to eat from the on-site cafe.... More info 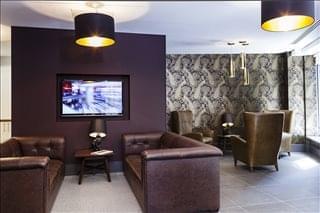 Offering high quality office space this modern business centre is established at 20 Little Britain near St Paul's in the City of London, within a short walking distance to St Pauls, Blackfriars and Farringdon stations. 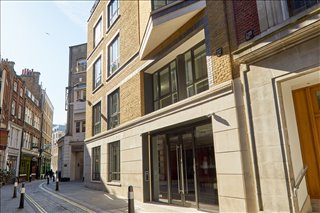 This business centre situated in the heart of London offers bright, modern office space located on the fourth floor of the building. This space has recently gone through Grade A refurbishment and is suitable for up to 20 people. Making it the perfect base for growing businesses. Along with flexible terms ranging from three month up to two years there is all-inclusive pricing so you can move in with peace of mind that there will be no... More info 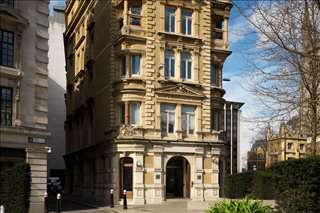 15 Old Bailey is a magnificent Victorian period property that houses 64 fully furnished executive office suites to rent as well as 4 meeting rooms for hire. Each serviced office, the business lounge, meeting spaces and all common areas have been decorated to a very high specification.

The all inclusive pricing covers a wide range of services and facilities including Professional reception staff, state of the art IT infrastructure,... More info 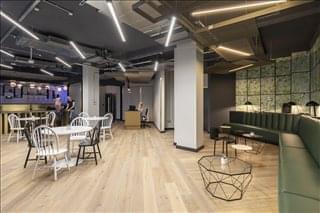 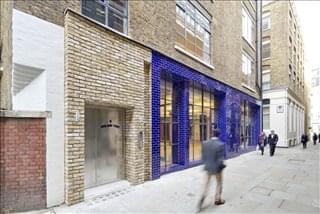 The centre is prominently located between St Paul's and Fleet Street. The historic building boasts a warehouse exterior and features, whilst maintaining a modern appearance indoors courtesy of a recent renovation. Kitt is providing this state-of-the-art 2nd floor office unit with the option to fully customise and manage the space to your business needs â€“ all in one easy price. Clients get their own fully furnished office space with... More info 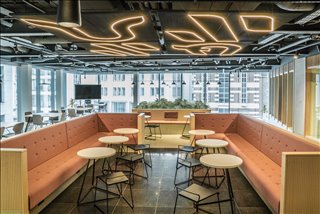 Based in the heart of London, this new centre offers an exciting proposition for ambitious companies who are looking for somewhere to be productive, grow and achieve their potential. The centre will provide you with an environment that will allow you to expand, network and be nurtured. The centre consists of four floors of space - up to 700 workstations - designed to the very highest standards. Offices are scalable too - allowing your... More info 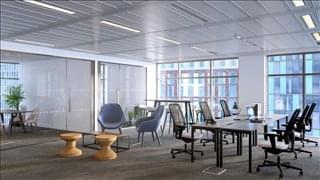 A workspace customised around the client's business with their branding, self-contained meeting rooms and amenities. Ready to use from the move-in day with ongoing support from own workspace experience coordinator. A hassle-free solution for an office with easy office management. This space provides fully fitted customisable office, fully fitted and stocked kitchen, breakout and collaboration areas, reception & lift. The most excellent... More info 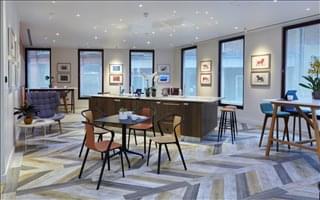 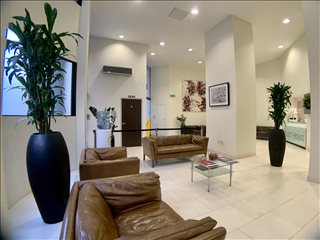 Fleet House at 8-12 New Bridge Street boasts serviced offices for between 2 and 30 or more people, including offices with dedicated meeting rooms and full-floor accommodation. Office spaces offer panoramic views of the City's skylines, including some of London's most famous landmarks.

Serviced spaces with modern furnishings provide businesses with everything they need to succeed, from professional support services to convenient... More info

The St Paul's area of London is centred on St Paul's Cathedral, the seat of the Bishop of London and one of the most dominant fixtures of the city's skyline.

The cathedral sits on Ludgate Hill, the highest point of the City of London. A church dedicated to Paul the Apostle has been located on the same site since the seventh century. The present English baroque style cathedral was designed by Sir Christopher Wren and was built during the late seventeenth century as part of rebuilding efforts following the Great Fire of London.

From 1710 to 1967, St Paul's was the tallest building in London. It has been the site of several key events in British history, including the funerals of Lord Nelson and Sir Winston Churchill, Queen Victoria's and Queen Elizabeth II's Jubilee celebrations, and the wedding of Prince Charles and Lady Diana Spencer.

St Paul's is within the historic heart of London and its modern financial centre. Many of the world's top banks are close to St Paul's, as are the London Stock Exchange and Central Criminal Court at The Old Bailey.

In addition to finance, retail is an important economic driver in the area. As a major tourist draw, the cathedral is close to a number of restaurants and shops that cater to both visitors and workers in the area.

North of St Paul's Cathedral is Paternoster Square, the home of the London Stock Exchange. Several internationally recognized investment banks, such as Goldman Sachs and Merrill Lynch, are also located in the development. In addition, this area includes several restaurants, coffee shops, and bars, all of which benefitted greatly from its redevelopment in 2003.

To the east of the cathedral is One New Change, the City of London’s premier shopping centre. This development includes 560,000 square feet of floor space, 330,000 of which is office accommodation. Opened in 2010, the shopping centre has some 60 shops and restaurants including many high-street retailers.

Opposite St Paul's tube station is the BT Centre at 81 Newgate Street. The 10-storey office building is the headquarters of the BT Group and was the location of Guglielmo Marconi's first public transmission of a wireless signal.

Across the street is 150 Cheapside, a landmark building with more than 179,000 square feet of office space across eight floors. The development also has over 22,000 square feet set aside for retail units.

Immediately north of 150 Cheapside is 1 St Martin's le Grand, a refurbished building that combines period features of a Grade II listed property with modern offices. It also houses a business centre with services offices, meeting rooms, excellent transport links via St Paul's station on the Central Line of the London Underground, and a breakout area.

The area boasts excellent public travel options with St Paul's, Mansion House, Bank and Blackfriars Underground stations providing fast services throughout London. Cannon Street and City Thameslink railway stations offer fast train services to other towns and cities within the UK. Workers also benefit from numerous bus routes that serve the district and connect it to the wide range of nearby tourist attractions such as the Bank of England, the Museum of London and the Statue of Queen Anne.

Try our search service for free now - we promise to help you find the perfect well connected business premises at a cost effective price in St Paul's and throughout the City of London.