We have flexible office space available near Trafalgar Square, Central London. Each workspace comes fully furnished with all inclusive pricing and no set up costs. Add your favourites to the shortlist or call 020 3965 9617 and tell us what you need. 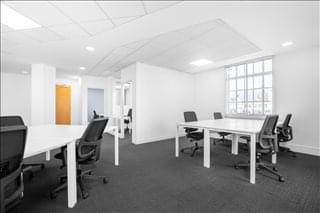 Offering serviced offices and virtual office space, this business centre is located at Golden Cross House at 8 Duncannon St next to The Strand in London's West End.

Fully managed office accommodation is offered on five floors and comes furnished. Office space is available as individual workshop units or as suites on flexible terms from 3 months to 5 years. 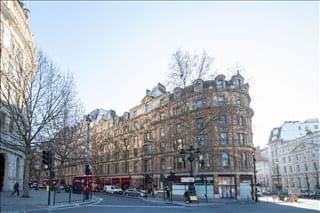 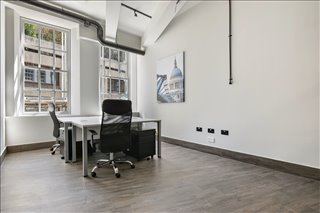 Nestled in the heart of St James' and overlooking Trafalgar Square, this brand new centre offers a range of workspace solutions, with potential tenants having both serviced options and the opportunity to lease a whole floor of space within the building. The space delivers a luxurious finish and promises tenants the best service, with everything down to the furnishings and fittings delivered at a high quality. Coupled with this high-class... More info

We offer a comprehensive range of office space options around Trafalgar Square. This includes serviced offices in business centres, shared office space and desk rentals, short term office space, industrial units and warehousing, virtual offices and conventional commercial property leasing. Our Central London office search service is completely free to use, and our advisors are on hand to go that extra mile in finding the perfect business address at cost effective rates.

One of London's major landmarks, Trafalgar Square is a major tourist draw with several top attractions. In addition to the square itself, crowds are drawn to the National Gallery and St Martin-in-the-Fields church. To the southwest is The Mall, which connects Trafalgar Square with Buckingham Palace. The combination of museums, galleries and historic sites make tourism a major economic activity in and around Trafalgar Square.

A variety of office spaces are found in the Trafalgar Square area. There are also a number of shops, restaurants and cafés within minutes of the square.

One of London's most recognisable landmarks, Trafalgar Square sits in the heart of Central London within the City of Westminster. The public square commemorates the Battle of Trafalgar and the Royal Navy's victory against France and Spain during the Napoleonic Wars. Even before the 1805 battle, the site was a major landmark.

Trafalgar Square was the original location of the King's Mews since the thirteenth century, before it was moved to Buckingham Palace by George IV. The move allowed the area to be redeveloped by architect John Nash, who also designed London's Regent Street and Regent's Park.

The square opened in 1844 after Nash's death. At the centre of the square is the elegant Nelson's Column with its four lions. The stone monument is topped by a statue of Horatio Nelson, the Royal Navy's flag officer that led decisive naval victories during the Napoleonic Wars and died during the Battle of Trafalgar. Once considered part of Charing Cross, the square is often used for political demonstrations and public gatherings. A large Christmas tree has been erected annually in Trafalgar Square since 1947.