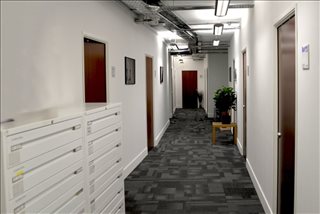 This centre provides serviced offices in the heart of the West End's media district. It is the perfect environment for the Creative Industries, such as Television, Film, Advertising, Games, PR, Web Design. There are up to 85 self contained offices which are newly refurbished and provide a clean and functional space in the centre of London for a highly competitive price. They come with High Speed Sohonet Fibre Broadband (100MB), VOIP... More info 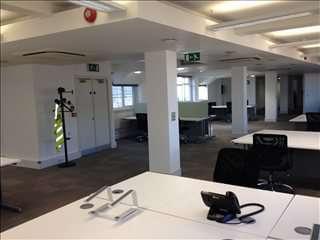 The offices have a manned ground floor security reception that is available a normal working hours. The office space is in good condition and easy reach of most West End attractions. Letting terms are flexible and will suit small start up/small companies looking to be located to their clients and to enjoy the benefits of being in a central London postcode. There are shower facilities with also Bike storage in the basement and toilets on... More info 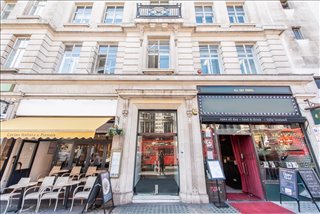 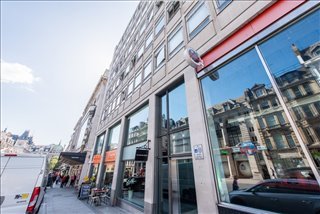 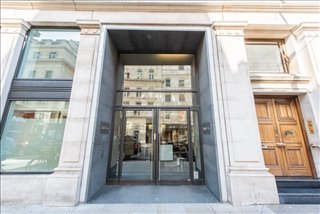 This clean, stylish and modern work space is a dynamic space perfect for any business. The location of the office is second to none, based in the heart of London in the St James District. Everything from outstanding restaurants to high end shopping centres are right on the doorstep of the space. Commuting to the office is ideal, with Charring Cross and Leicester square underground stations being withing walking distance. The office has all... More info 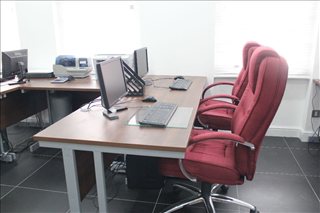 This Business Centre is situated at Little Newport Street, just off Charing Cross Road in London's West End. The listed building comprises of five storeys of offices and has the highest standard of facilities; ensuring our clients can enjoy a well-organised and comfortable business working environment. Currently offering a range of support and working space for your convenience. Whether you need to set up a new business or rent a desk;... More info 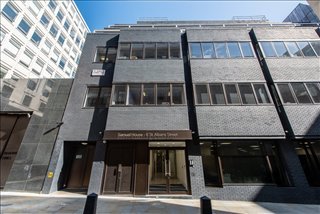 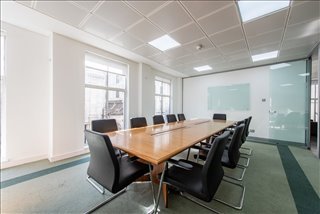 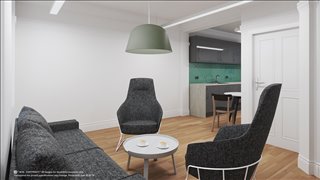 This is a stunning period building, and can be rented self-contained space or on a floor by floor basis offering eight desks, a meeting area and kitchen breakout space allowing occupiers to move in quickly and smoothly. The space has been comprehensively refurbished to provide three floors of open plan office space, and has 24-hour security and on site estate management. All floors provide brand-new, plug and play accommodation and ... More info 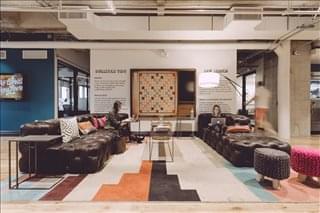 This space is designed to promote productivity no matter how big or small your team is. This convenient address is centrally located, perfect for travelling around the city as underground stations and bus stops with regular busses surround the building. The lounge space walls are covered in custom murals, bring a unique vibe to the office. Beyond desks, staff, and amenities, find a community of forward-thinking companies and in-house events... More info 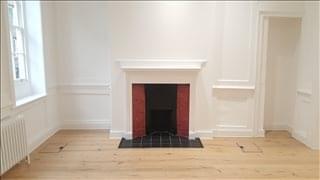 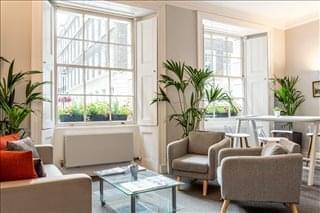 Situated at 7-10 Adam Street, the business centre offers unbranded offices that allow companies to customise their own work environment. Fully furnished offices are available from 260 to 471sqft. The centre also operates a hot desk office with desks and lockable storage, allowing entrepreneurs and businesses to hire workstations on a daily or weekly basis.

Monthly rolling contracts give you the ability to easily change your space... More info 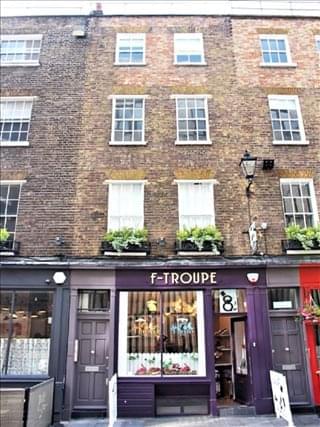 This appealing, brick fronted period property houses a fabulous selection of six luxurious boutique office suites, suitable for between 2 and 35 employees, that have been lovingly refurbished to a very high standard. The stylish furnishings match the chic decor, with unbranded space allowing maximum versatility on how your business presents itself to customers. 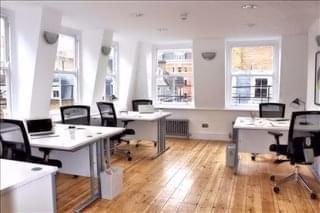 The boutique offices at 21 Carnaby Street, Soho come stylishly furnished with everything a modern business could need, available over four floors of this strategically placed business centre. Featuring large sash windows that allow an abundance of natural light, and chic wooden flooring adding to the interior decor. The complex is fully wired with state of the art IT and communications infrastructure. 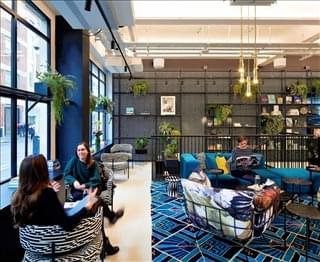 Flexible Office Space to Rent in Fitzrovia @ 16-19 Eastcastle Street - choose from open plan desk space or private offices for up to 30 people at this stylish, fully serviced centre in London's West End.

Facilities include conference rooms for presentations and meetings, shared office space, as well as unbranded business space allowing you to convey your own identity. Several amenities are included as standard, such as:... More info 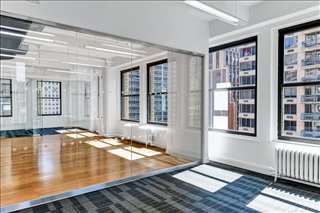 An exciting opportunity for your business awaits, with bespoke offices that will be tailored to your exact needs. The customisable space allows you to work in an environment that truly reflects your brand. With three floors of space available on flexible terms, from 2,713 sqft up to 5,400 sqft, this centre is perfect for businesses of all types and tenure. The rent is inclusive of all of the costs associated with designing, building out... More info 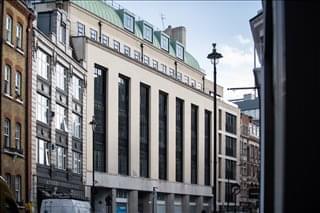 For those who would like to spend their day in a beautiful Grade II listed building that is set in the heart of Fitzrovia, this centre will prove an exciting proposition. Set to be opening its doors early 2019, this centre offers a wealth of amenities. Tenants will have 24 hour a day access, allowing you to adhere to your own working schedule â€“ whether that be an early start or an all nightery â€“ and ditch the traditional 9... More info 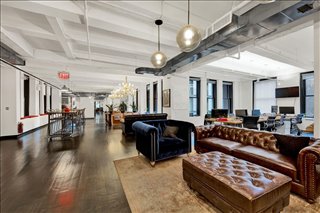 An incredible space in the heart of buzzing Fitzrovia offers an exciting new opportunity for your business. The recently refurbished space is available on flexible terms and is finished to the highest standard. 3100 square feet of workspace can be customised to meet your business' needs and exact requirements, allowing you to design the work environment you really want. The rent is fully inclusive of the designing, fitting out and... More info 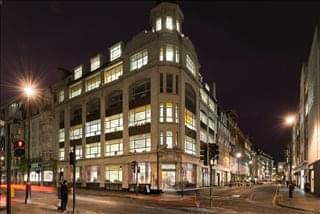 This attractive period building has been thoughtfully refurbished and retains a number of character features. Superbly located on the corner of Mortimer and Great Titchfield Streets in the heart of the West End, the centre offers fully furnished offices, meeting and conference... More info 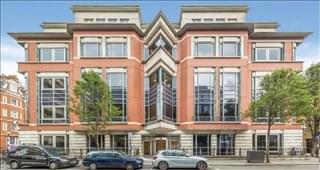 Situated at 120 New Cavendish Street, this exciting business hub offers modern office spaces in a fashionable location of the West End. Each space at this new coworking hub is designed to impress clients and potential hires. Modern offices are comfortable and functional, while inviting communal spaces provide informal areas to work and collaborate. There are also sophisticated meeting rooms, 24hour access and business services.... More info 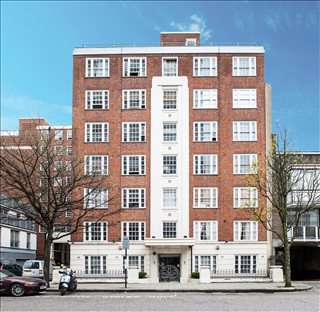 This seven-storey business centre at 1 Burwood Place boasts an impressive portico and red-brick exterior. The elegance of this West End property extends inside with attractive amenities catered to the needs of growing businesses. An open reception area offers a telephone answering service and welcomes your guests with a smile.

Office suites and shared workspaces have been refurbished to the highest standards. Offices of various... More info

Reasons to Rent Office Space in the West End

While The City is London's financial and business centre, the West End is the main commercial and entertainment district. With some of the most important theatre and entertainment venues found within its borders, the area is synonymous with the capital's entertainment industry.

The West End is also a major retail destination. Many of Europe's most expensive and visited shopping streets are found here, including Oxford, Regent and Bond streets. These and other retail destinations are the home of major international and national labels and fashion houses, as well as important flagship stores.

Economic activity in the West End is diverse and several industries are major employers. Legal and educational institutions, media companies, hedge funds, learned societies and institutes, consultancies, think tanks, and corporate headquarters in virtually every sector are found throughout the area.

Tourism is a major economic driver in the West End, which has numerous hotels, museums and art galleries. It also has a number of theatres, cinemas, night clubs, restaurants, bars, and other entertainment venues. Many of London's major tourist attractions are located in the West End, including Trafalgar Square, Piccadilly Circus and Covent Garden.

There are also a number of embassies and government departments based in the area, especially in Mayfair and Whitehall. Media and creative industries thrive in Soho, while the Covent Garden area is a significant retail and fashion hub.

There are a range of office developments across the West End. While it lacks the same core of skyscrapers found in the City or further east at Canary Wharf, there is a mix of both large and commercial developments in the area. From converted terraced houses in Mayfair to refurbished residences and clubhouses along Pall Mall, there is plenty of choice in terms of office accommodation.

The area that is now The West End of London was the site of palaces, luxury residences, and fashionable places to shop and be entertained as early as the seventeenth century. 'The West End' was first used during the early nineteenth century to describe fashionable areas west of Charing Cross.

Located west of the capital's historic heart and financial centre in the City of London, the energetic West End is London's main entertainment and commercial hub. It covers most of the London Borough of Camden and the City of Westminster. The West End includes some of London's most famous and popular places, including Trafalgar Square, the National Gallery, Oxford Street, Covent Garden, Piccadilly Circus, Leicester Square, and more.

The West End is also synonymous with theatre and is one of the best English-speaking centres for professional theatre. Millions of theatregoers attend performances at some of the most renowned venues in the world. Although London's first theatres were based in Shoreditch and Southwark, the first West End theatre opened in 1664 at the site of the present-day Theatre Royal, Drury Lane. The area became an established theatre district during the nineteenth century with the openings of the Adelphi Theatre, the Vaudeville Theatre, and the Criterion Theatre.