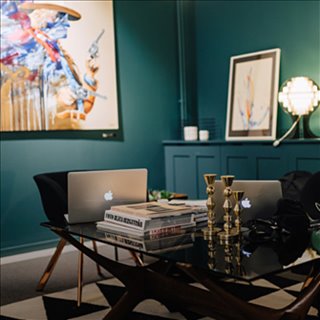 Centred in one of the most sought-after areas in the whole of London, the Finsbury Circus location pushes the limits of what as expected from workspace. A genuinely luxury working experience, The Alpheus Building that quarters this premier office space is a 19th-century Edwardian structure that has been comprehensively refurbished throughout. As part of this mixed development, the centre provides discerning professionals access to private... More info 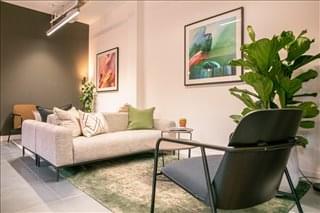 A Victorian warehouse gated development situated nearby Spitalfields market. All floors benefit from an abundance of natural light from numerous windows and extensive skylights. Members also have the benefit of an outdoor courtyard - the perfect location to take a break during a busy working day. This space also boasts a sleek and stylish interior design that will impress clients and colleagues alike. A number of useful and meaningful... More info 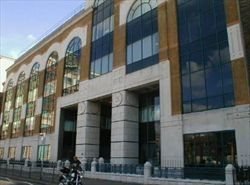 Set in the heart of the City, the second, third and fourth floors of this modern office building are available. They range in size from 6,750 to 8,205 sq ft. The building is fully refurbished and the floors can be offered together or individually. The floors are available on a fully managed basis where a bespoke turn-key office solution can be provided for an all-in monthly cost to include rent, rates, service charge, fit-out and facilities... More info 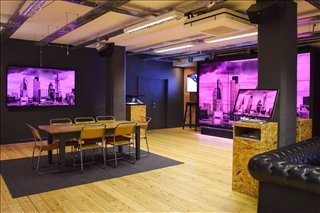 Located in a renovated Grade II listed warehouse, this Whitechapel-based centre consists of six workstations situated within an ultra-creative environment. Tenants will have full access to all communal facilities which includes complimentary tea and coffee, use of a large conference room to host any clients, daily cleaning services and high speed internet. The space in open plan in design allowing for a free-flowing atmosphere, and the... More info 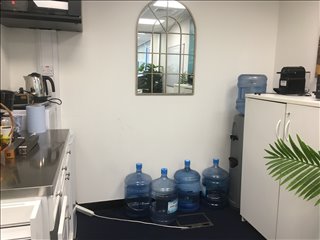 This spacious office in a fantastic East London location is available now, perfect for businesses of all types. The space is furnished, featuring 12 workstations and a conference room attached. There are two huge glass windows that let in plenty of natural light, provide a great view and create a bright and airy work environment. Tenants can access the property 24-hours a day and benefit from the super-fast internet connection. The... More info 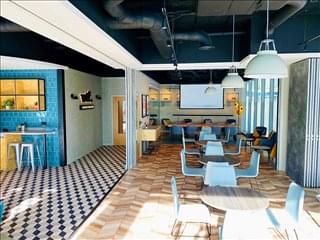 This building benefits from a fantastic Whitechapel location with great accessibility, as well as excellent on-site amenities. The office space has the floor to ceiling windows which let in an abundance of natural daylight, creating a bright and airy work environment. The property is accessible 24-hours a day, perfect for those who want flexibility in their working hours. Tenants can take advantage of the dedicated on-site meeting rooms,... More info

Where to Find Office Space in Whitechapel

Located in the middle of East London's cultural scene, offices in Whitechapel are close to The Whitechapel Gallery and the historic Wilton's music hall. Many offices are based along Whitechapel High Street and efforts are underway to refurbish and rebrand existing buildings into modern spaces.

Whitechapel station provides links to the rest of the London travel network, and Shoreditch, Bethnal Green and Aldgate East stations are all within easy reach. Multiple bus routes serve the area.

Situated close to the London Docklands in the London Borough of Tower Hamlets, the East End has long been a popular choice for immigrants looking to settle in London. It has also traditionally been a place for the working class, and was the heart of the capital's Jewish community from the nineteenth century until the early twentieth century.

Whitechapel is bordered by Middlesex Street and Mansell Street in the west, Cambridge Health Road and Sidney Street in the east, Fashion Street in the north, and The Highway in the south. The heart of the area is Whitechapel High Street, which becomes Whitechapel Road towards its eastern edge and was named after a small fourteenth century chapel dedicated to St. Mary that was destroyed during the Second World War.

Whitechapel has become synonymous with the murders of Jack the Ripper during the late 1880s. George Bernard Shaw and Vladimir Lenin spent time in Whitechapel, which was also where the 'Elephant Man' Joseph Merrick was displayed for some time in a shop on Whitechapel Road before being moved to the nearby Royal London Hospital.

Grow Your Business in Whitechapel

Whitechapel has long played an important role in London industry. Once a Roman trade route, the area is the site of the world's oldest business enterprise. Founded in 1570 the Whitechapel Bell Foundry is the oldest surviving manufacturer in Britain.

There is a diverse range of commercial activity in Whitechapel and local businesses are active in a range of sectors. The arrival of Crossrail will improve connections between the area and other parts of London, including Heathrow and City airports as well as Canary Wharf. This will likely help bring new economic activity into the area, including with new office and retail development planned for Durward Street Gardens to the north of the Crossrail station.

Whitechapel is also home of the Royal London Hospital, a world class facility that has seen an investment of £1 billion to improve health care services in East London. Plans are in place to transform the former Royal London Hospital building into new offices as well as retail, cultural and community spaces. Queen Mary University of London operates a campus in the area, including the Bio Innovation Centre. A new Life Science Campus is proposed under the Whitechapel Vision from the London Borough of Tower Hamlets as part of efforts to attract health, bio-tech and life sciences industries to Whitechapel.