We offer a diverse collection of flexible office space in Aldgate East - from serviced office suites, virtual offices, dedicated and hot desk rental to conventional offices for lease. Our free search service is designed to assist you in finding the ideal business location in the City of London. 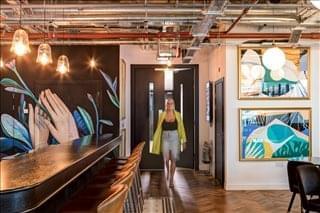 Mindspace's offering at 144 Whitechapel High Street, Aldgate E1 is an ultra stylish, modern workspace with a welcoming decor and works from local artists. There's a cozy mix of open plan lounge and break out areas, a wide variety of comfy, stylish seating, meeting spaces and desk space as well as private areas. This is not the stock standard coworking space you're used to.

Monthly membership plans give you access to Mindspace... More info 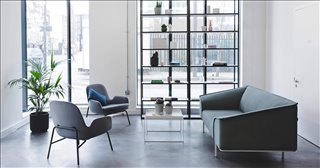 This design led, creative workspace at 133 Whitechapel High Street, London E1 has been refurbished to an exceptional standard, providing you with a fantastic workspace in a cheerful pastel colour palette. A coworking café is available, offering a relaxed communal space, while individual executive office suites provide a more private option. 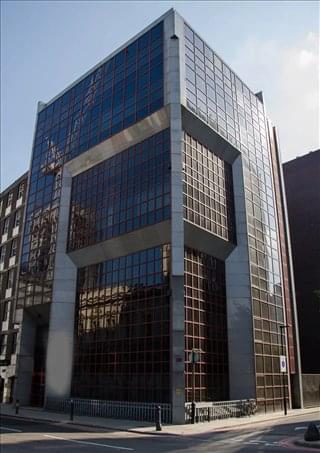 A variety of office space is available within this impressive steel and glass property, available to let immediately. Benefiting... More info 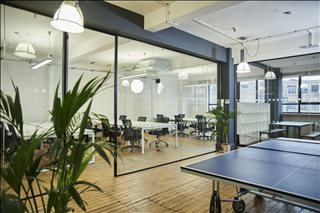 Techspace offers contemporary flexible workspace at 32-38 Leman Street, E1 8EW in the City Fringe area of East London. Private office suites which come furnished to a very high standard with everything you would expect in a modern workplace. Shared coworking space, which appeals to many of today's freelancers and startup companies, provides a vibrant, collaborative work area with shared infrastructure, with the added benefit of lower... More info 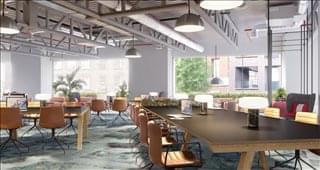 The entrance and double height reception area creates volume as tenants and visitors access the building. An inviting reception environment which benefits from design features such as suspended LED rings, new contemporary furniture in the two waiting areas. The centre offers serviced offices with meeting rooms that can accommodate teams of different sizes. With a virtual receptionist, facial recognition door access and the office management... More info 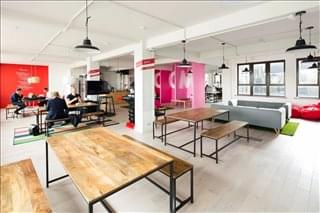 Techspace offer vibrant office space with first class facilities, this modern workspace at 38-40 Commercial Rd is perfectly situated on the eastern edge of the City's financial district and south of Shoreditch's tech cluster. This Commercial Road workspace has more than 26,000 square feet of high quality office space over eight floors. The thriving hub is home to more than 500 members, offering you and your team an innovative and... More info 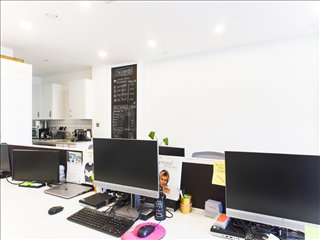 Based in the heart of Whitechapel, this professional centre offers an exciting proposition for those looking for space for up to eight people. Ideal for start-ups or smaller businesses, the centre offers an inclusive rate which bundles together rent, rates, fibre-optic fast internet, utilities and weekly cleaning services. The centre's 24-hour access allows you to ditch the traditional 9 till 5 and set your own working schedule, and with... More info 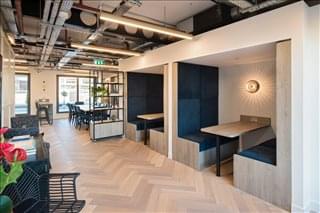 This building is a wonderland for all things digital – providing an ever-expanding hub of creatives with never-ending networking opportunities. This business centre has a modern design and offers various amenities like high-speed internet, parking space, meeting rooms, reception services, kitchen facilities, and beverages. The centre can be accessed 24 hours a day so the clients can work flexibly. There are lounges and breakout areas... More info 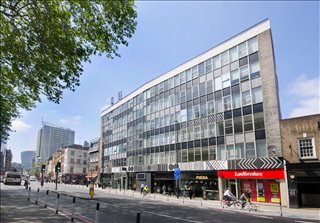 This business centre offers various unique urban style office space, in a prime location of London. Here, the professional on-site management team are friendly and offer personalised support to help your business thrive, making this space the perfect place for start up companies. You will share this building along with an incredible mix of creative companies including modelling agencies, fashion houses, graphic designers and financial... More info 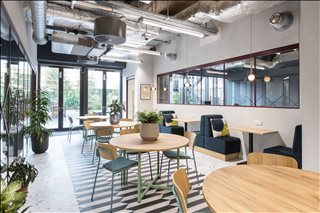 The office space is a super-fancy building and is designed keeping in mind sustainability, the office space comes with a phenomenal cafe and a huge terrace and members can notice world-class design throughout the workspace areas. Featuring high-quality materials based on eco-friendly designs. In addition to that, the office space provides all the amenities to let the business run smoothly such as fast internet service, 24-hour access for... More info 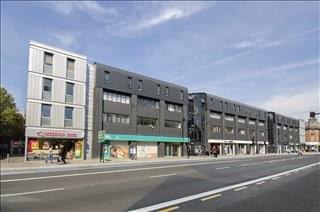 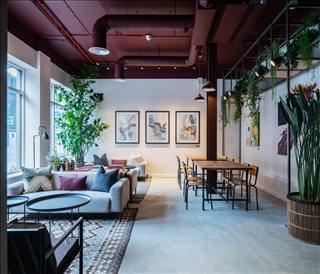 Offices, studios and workshops are available at this refurbished office space. Units benefit from natural light and high-spec telecommunications and data connections. The building is fully hosted with internet, telephone and cloud services. A centre manager also assist occupants with any issues with the property or their unit. Other facilities include on-site parking, showers, CCTV, and 24-hour access.

This trendy location is at... More info 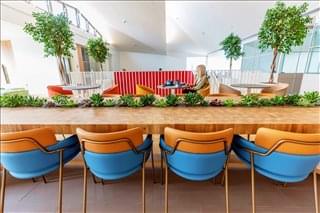 This centre promises to be one of London's elite workspaces with every aspect of the space finished to a very high level. Tenants will benefit from state-of-the-art technology with lightning-quick WiFi that is uncapped. You can also indulge in the members-club style service that the centre prides itself on, with the fantastic concierge and reception services fulfilling the tasks asked of them and allowing you to focus solely on your... More info 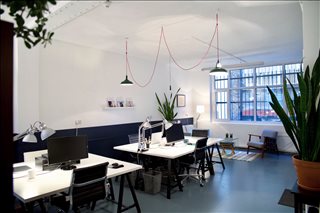 The building was an old textiles warehouse before being converted into studio units in the late 90's. The building is up a small private alleyway, set back from the main road, so it's nice and quiet. A co-working space for freelance professionals. The space has 3-4 fixed desk spaces available in our beautiful open-plan studio in Whitechapel - perfect for an individual or small business. (7 Desks in total). The unit comes equipped with a... More info

Why You Should Rent Aldgate East Office Space

As the City of London's financial district expands north, the area around Aldgate East station has seen significant regeneration with the arrival of large office blocks. Like the wider Aldgate district, the area around the tube station is home to several insurance brokers, underwriters and other businesses working in the insurance industry. It is also the base for other businesses in an array of sectors, from architects and media specialists to professional business services and law firms.

Aldgate East and Aldgate tube stations provide quick access to the London Underground network for Central London. The area is also a few minutes' walk to both Liverpool Street and Fenchurch Street tube and train stations. These transport links, and the close proximity to London's financial heart in the City, will continue to make Aldgate East an attractive location for businesses and further development.

London Office Space has office listings for a wide range of serviced offices, coworking, shared and private office space in Aldgate East and throughout the City of London. The featured listings above represent a small selection of the currently available spaces. If you can't see the space you're looking for let us know what you're after and we'll find it for you.

Office developments in the Aldgate East area include:

Many of London City's largest office towers are a short distance from Aldgate East:

Aldgate East is a London Underground station on the Hammersmith & City and District lines. The original station opened in 1884 and was named Commercial Road as part of the District line's expansion, then known as the District Railway. It was built about 500 feet west of the current station. Aldgate East opened the day after Commercial Road station closed in 1938. The station was built entirely under a widened road and has no external buildings.

Aldgate East is located in Whitechapel, a distinct part of London that offers an alternative and avant-garde vibe. The working class area of the East End of London is also infamous for being the site of some of the murders committed by Jack the Ripper during the late 1880s.

Many of Whitechapel's top attractions are a short walk from Aldgate East station, including Petticoat Lane Market and the renowned Whitechapel Art Gallery. The station is also close to Brick Lane, which is the heart of London's Bangladeshi community.

Browse the listings above for Aldgate East serviced offices and shared space to rent with inclusive pricing, covering rent, business rates and facilities. In addition to the currently available office rentals listed, from time to time we are also able to offer offices to rent in other prime office locations in Aldgate East, City of London. Fill in the Quick Quotes form or call now to speak to an expert 020 3965 9617.