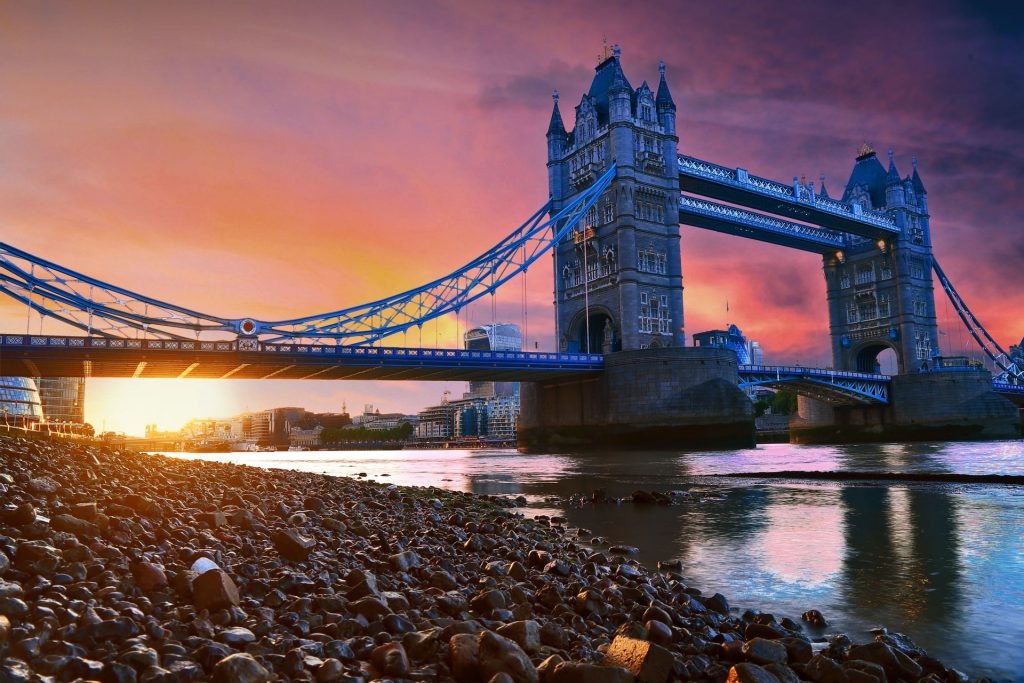 The South London office market has followed a slightly different trajectory to other parts of London, as it began to be developed later than other areas. Defined office space clusters in South London are relatively new, and the vast majority are located in or around the SE1 postcode. This area has a strong appeal for office-based companies involved in media and creative sectors, and has a positive balance between supply and demand.

However, South London hasn’t escaped the effects of pandemic-related restrictions. Overall office availability has increased by 20% in just one year, although top-quality offices are still holding their value. The same can be said about rent-free periods, which stand at 24 months for office leases of 10 years or more. At the time of writing, overall rental rates for Grade A offices in South London are in the mid £70s per square foot. Office units of 5,000 square feet and above may experience a rental decline between 7.5% and 12.5% by the end of Q2 2022.

END_OF_DOCUMENT_TOKEN_TO_BE_REPLACED 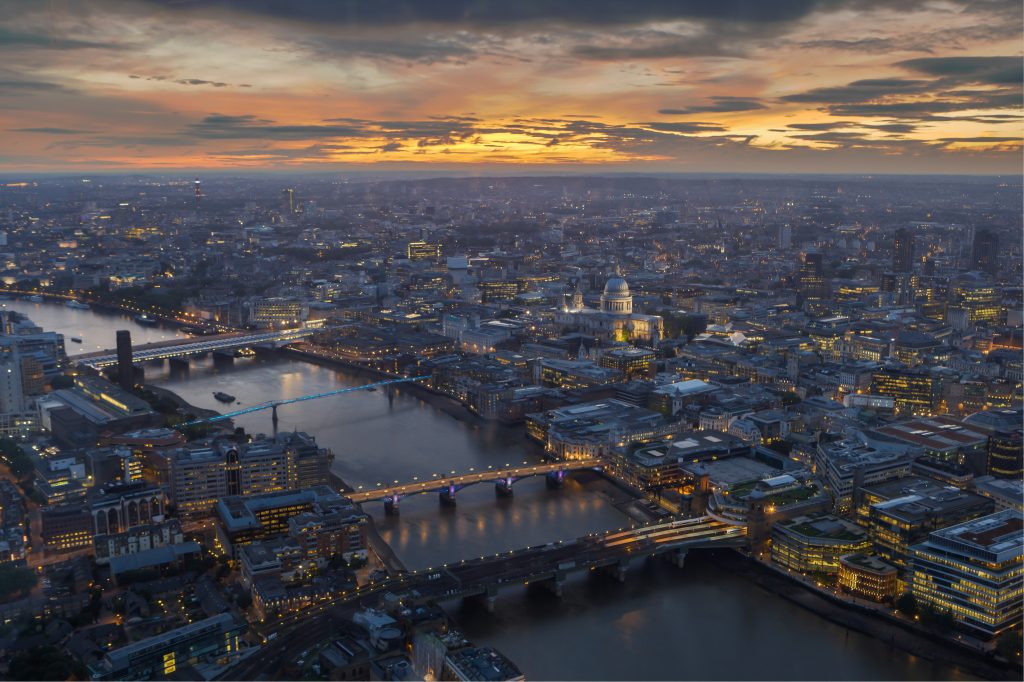 London Fringe markets have a diverse occupier profile, from startups in the media and creative sectors in eastern areas like Hackney, to established tech firms in and around the Old Street roundabout. Until recently, commercial property in this area was in very high demand from both newcomers to the city and companies who relocated from other parts of London.

Although demand for offices in the City Fringe is still there, Brexit and pandemic-related uncertainty has put a damper on the area’s growth trajectory. In this area, overall vacancy rates have increased from under 6% to over 9% in the past year, and availability for the City Fringe sub-market is just under 12%.

The following is an area-by-area update on the state of City Fringe offices during 2021:

Clerkenwell is part of London’s Tech Belt and has a strong presence of office-based businesses primarily involved in design, architecture, media, and technology.

This sub-market started 2021 with signs of improvement in take up activity, however, take up levels are still more than 50% below the area’s ten-year average. Prime office headline rents average £75 per square foot, rising to over £110 once business rates are added.

END_OF_DOCUMENT_TOKEN_TO_BE_REPLACED 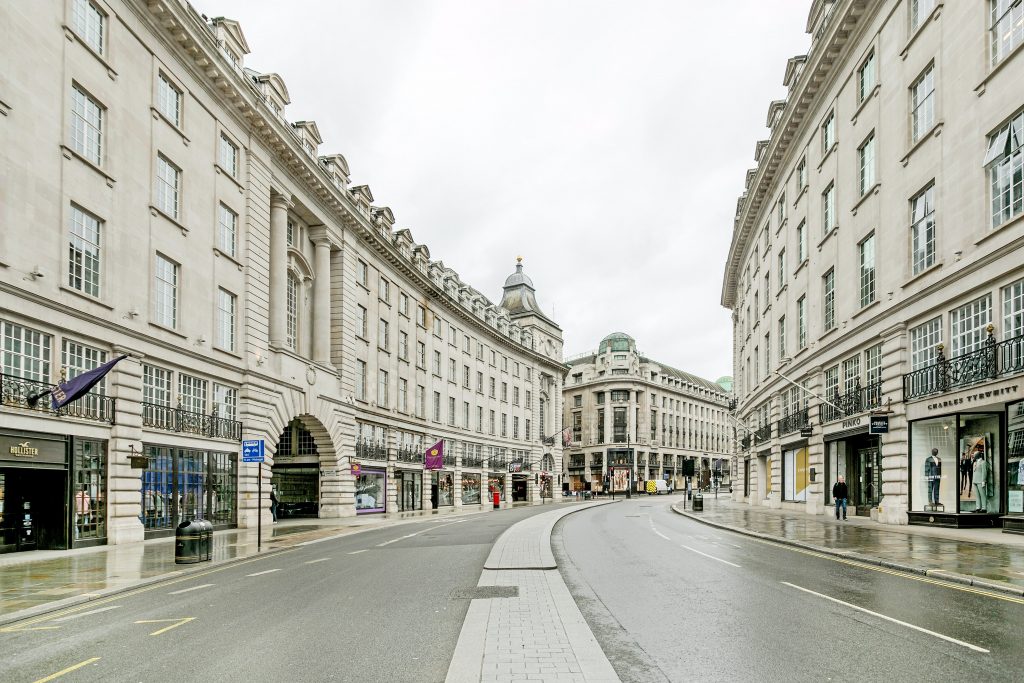 The West End is one of London’s prime areas for commercial real estate. This market has also been one of the most severely affected due to pandemic-related restrictions, which were felt sharply in addition to the uncertainty created by Brexit.

At the start of 2021, the general situation in the West End was marked by a 91% increase in availability compared to the previous year’s figures. More than 7 million square feet of office space were available in Q1 2021. Vacancy rates for the whole of West London were estimated at just over 8% in early 2021, which is double the rate of the Q1 2020 figure.

Both factors combined led to a slight decrease in prime headline rents, which were calculated at an average of £110 per square foot in Q1 2021. The downward trend in rental values is expected to continue into 2022 with a rent decline forecast between 7.5% and 12.5%.

The majority of deals that recently took place in this market came from the professional services sector and involved small offices of 5,000 sq ft and under. On the whole, occupiers still hesitate to commit to large spaces and/or long leases.

END_OF_DOCUMENT_TOKEN_TO_BE_REPLACED 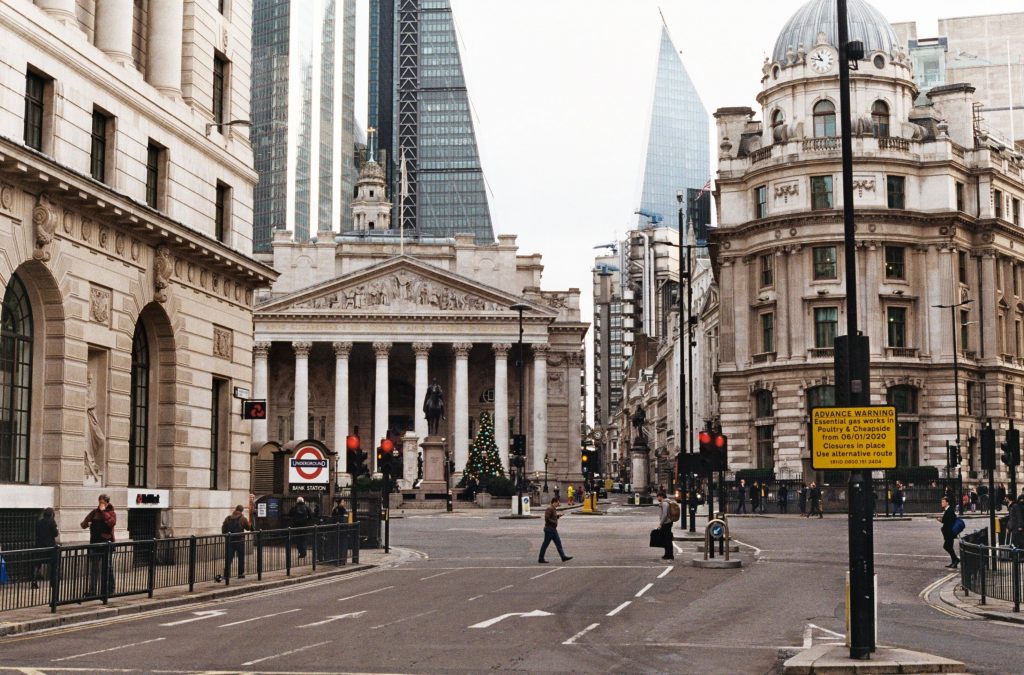 2021 started off with gloomy forecasts for the London commercial property market. According to market analysts, the outlook for the first half of the year was to be dominated by soaring vacancy rates, which were expected to reach a 10-year-high.

In Central London, changes to vacancy and supply rates have certainly been a constant for the past few quarters. In this part of the city, increasing vacancy rates have been mainly driven by the release of large amounts of secondary and Grade B space.

Earlier in the year, vacancy rates in the City were slightly over 10%, but supply was still rising, so they were expected to continue increasing. However, the second quarter arrived with a decline in vacancies, which ended up averaging 8.7% across the City. Despite the improvement, at more than 6.5 million square feet, these are the highest availability rates since mid-2012.

The second quarter of the year also brought some improvement in office take up rates. While these are still significantly below the ten-year average, there was a quarterly increase of over 20% across central London.

However, demand remains rather weak and take up for Central London offices is largely down when compared to 2020 figures. Although demand is weaker, it is still there with an increased focus on quality office space, whether it is new, refitted, or retrofitted to a high standard. The majority of demand so far has come from the public sector, professional services, insurance, and financial services companies.

END_OF_DOCUMENT_TOKEN_TO_BE_REPLACED 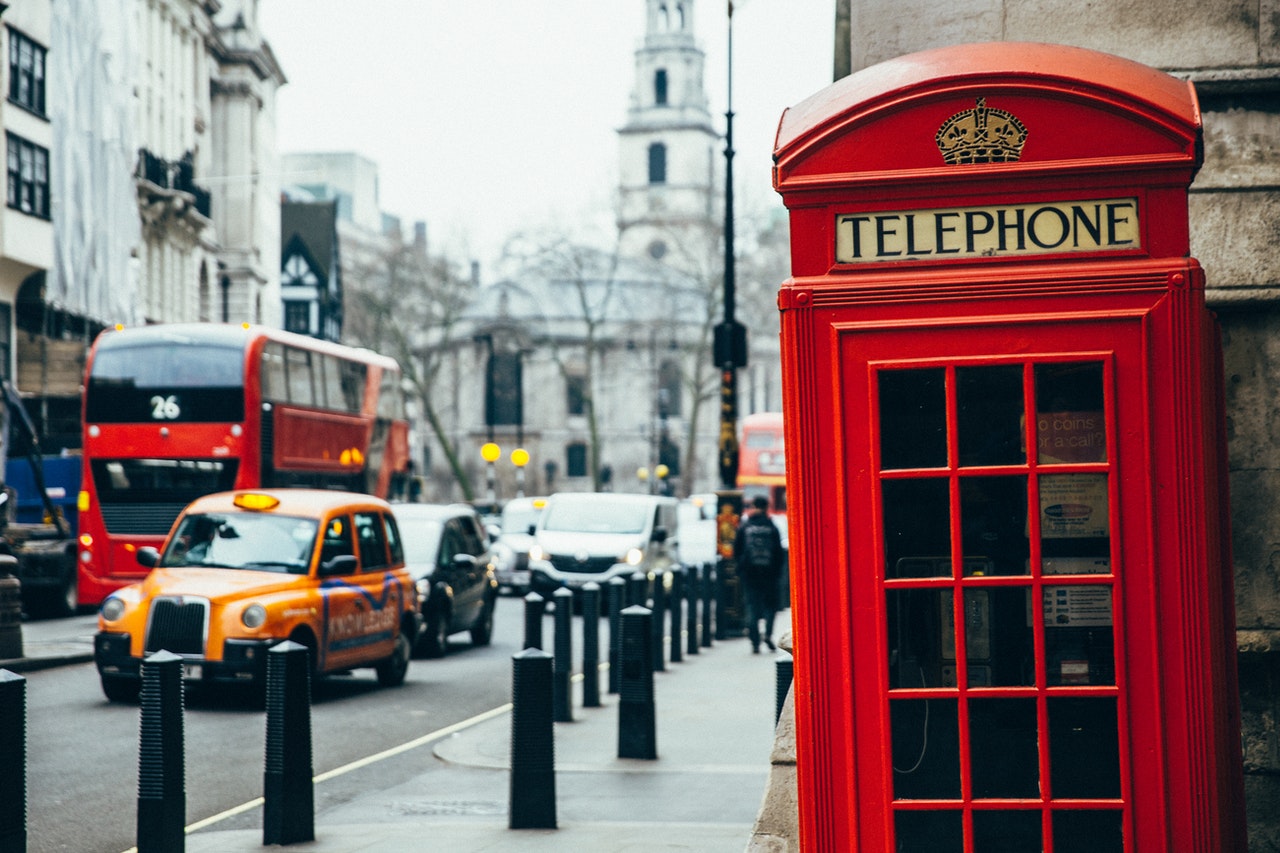 2021 started at a sluggish pace for the London commercial property market. During the second quarter of the year, the market evidenced signs of recovery. Office, retail, and industrial markets registered an uptick in activity starting in April.

The main themes observed this quarter were:

The London office market started to show signs of recovery during the second quarter of the year. Investment volume totalled more than £2.5bn, confirming the renewed confidence of investors in the future performance of the city’s office market.

Transaction levels were up, with most transactions involving Grade A space, sub-lets and dominated by the creative, technology sectors, non-profit and public sectors. Large transactions centred around the EC2 and SE1 postcodes.

END_OF_DOCUMENT_TOKEN_TO_BE_REPLACED 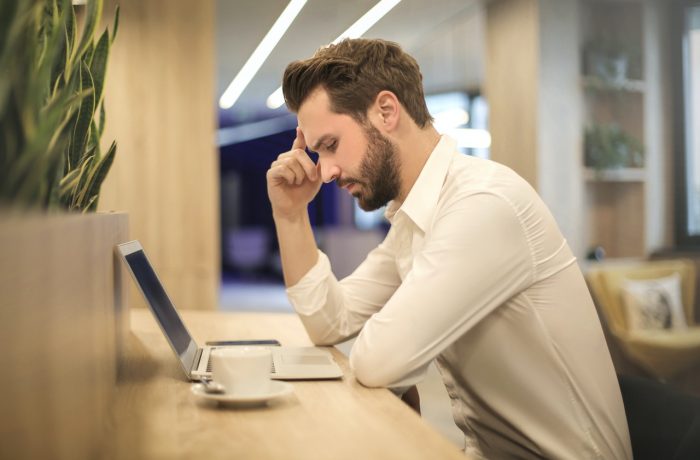 Over one year after wide-scale remote work was implemented across the UK, approximately 60% of the workforce is still working from home in either a full or part time capacity. As plans to lift all lockdown restrictions get closer, many businesses are preparing to go back to the office. However, after months working remotely, many employees and business owners are finding that the return to work can be both exciting and stressful.

Research undertaken in economies that have already returned to office-based work shows that anxiety and stress are both common reactions among office workers in the post-COVID era. In this article we’ll look at how to manage these feelings and make the return to the office as pleasant as possible. END_OF_DOCUMENT_TOKEN_TO_BE_REPLACED 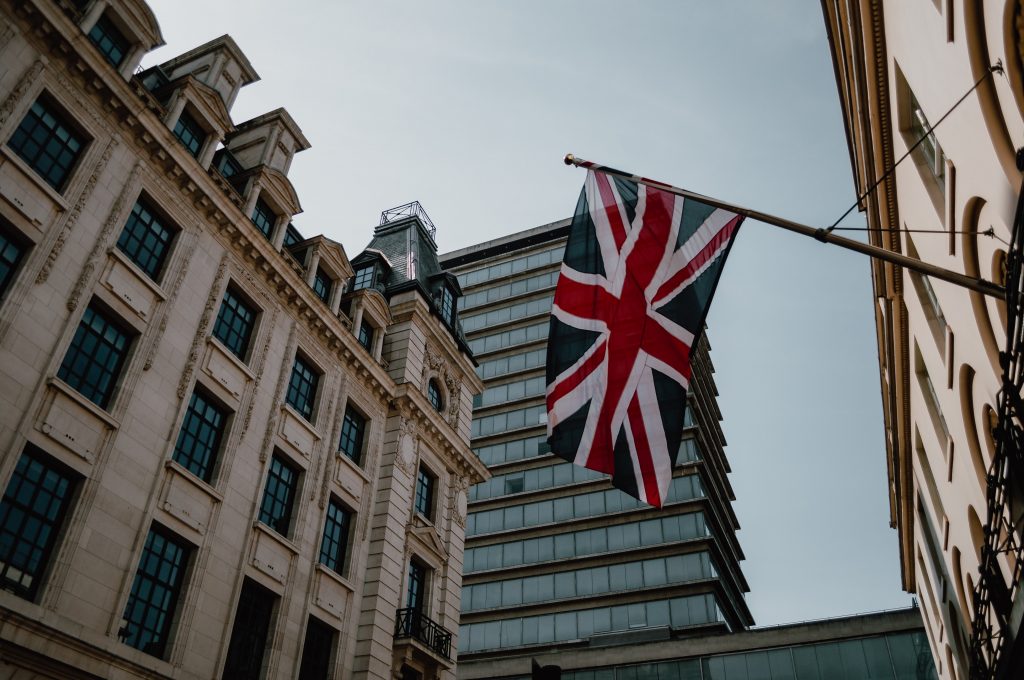 The London commercial property market entered 2021 surrounded by uncertainty. Weak economic fundamentals and pandemic-related disruption affected every sub-sector, although in different ways.  During the first three months of the year, the following themes emerged:

Overall, the market was stable and showed greater resilience than expected. The quarter ended on a strong note and displaying moderate signs of improvement. END_OF_DOCUMENT_TOKEN_TO_BE_REPLACED 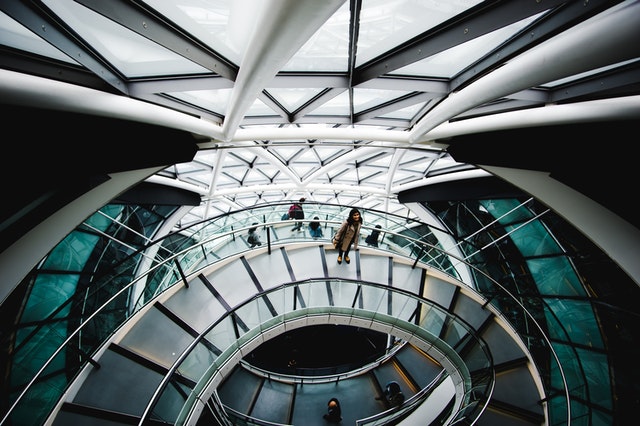 As a renowned global business hub, the city of London has attracted some of the world’s most influential companies. This post looks at some of the first-class office spaces that global brands have chosen as their London base of operations.

The e-commerce giant has been expanding its physical footprint in London since 2010. In 2017, Amazon moved into a 600,000 square foot building in Principal Place, right in the heart of Shoreditch. Amazon’s innovative character found a match in this Shoreditch building, which also serves as the home for the company’s Local Development Centre.

This building accommodates the company’s head office, a wide range of retail and public spaces, as well as Amazon lockers and restaurants. The 15-storey building also features two roof gardens, top formal and informal workspaces, private phone booths, meditation spaces, a fitness room, and world-class views across the London skyline. Reports from early 2020 suggest that Amazon is currently in the process of searching for more office space in London, illustrating their desire to remain in the British capital moving into the future.

END_OF_DOCUMENT_TOKEN_TO_BE_REPLACED 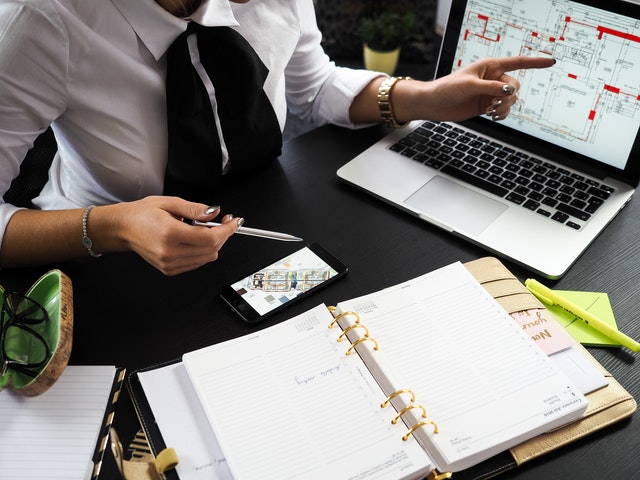 London serves as a hotspot for commercial property and is known to have one of the most competitive real estate markets in the world, with a wide variety of providers and prospective occupants interacting daily to ensure that businesses conduct their work in an ideal environment. Due to this competitiveness, it is vital that businesses understand pricing dynamics before signing a lease for an office space, retail shop, or industrial premises in the British capital. In this post we will examine how commercial property in London is valued and how these valuations impact rental rates.

What is a Commercial Valuation?

Valuation is a process that aims to determine the value of a commercial building. This process often occurs when a property changes hands (either by being sold or leased), or for tax and insurance purposes. As a prospective tenant, understanding the valuation process can help you determine if the price of the property you’re interested in is fair and competitive.

END_OF_DOCUMENT_TOKEN_TO_BE_REPLACED 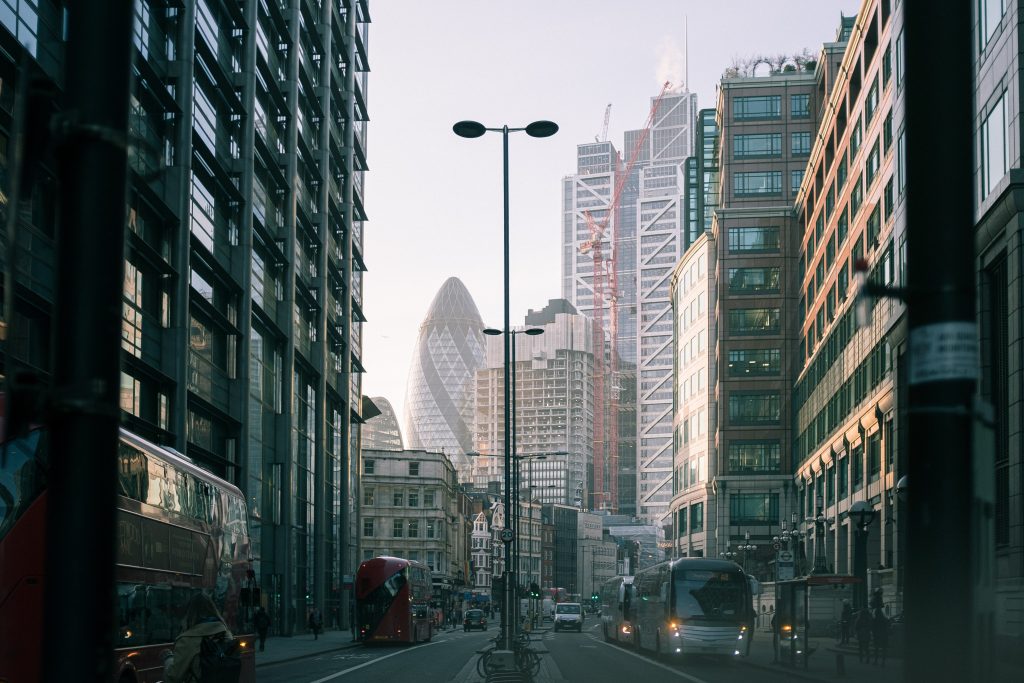 Recent events have illustrated the fragility of businesses in highly competitive markets. Small businesses and start-ups were thrown into disarray as potential clients, suppliers, customers, and employees were all heavily impacted by the new normal of the COVID-19 pandemic. Businesses across the world, both new and established, turned to support mechanisms to stay afloat. Business grants and incentives, often provided by the government or local councils, served as the difference between some businesses surviving and being forced to shutter their doors. These grants, often characterised by non-existent interest rates and obligations to pay back, are highly sought after in the London business scene, particularly in times of uncertainty.

Commonly regarded as one of the world’s best places to establish a business, London is home to countless such grants, loans, and incentives, ranging from small monetary rewards to life changing assistance packages that allow businesses to quickly establish themselves and acquire the tools or equipment necessary for continued success.