Our easy to use, free search service is focused on finding you premium business premises in Cavendish Square at competitive rental prices. Our knowledgeable advisors are waiting to help you locate and secure the ideal business accommodation, from business centre space, collaborative and project spaces and shared office accommodation to individual workstations, unfurnished space, industrial units and virtual office solutions. We have an extensive portfolio of West Central London commercial property and if we don't currently have what you need we'll go out and find it! 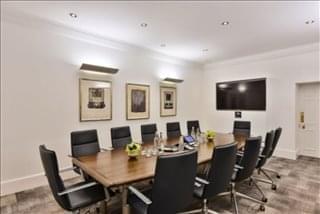 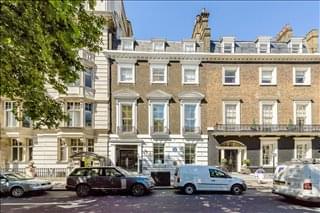 The workspace offers the clients serviced office spaces. The building of 2550 square-feet spaces has been offered with dedicated, fully furnished office spaces with meeting rooms, and a restroom with a modern interior. The reception area is extremely impressive and there are plentiful showers and bike storage in the basement. Both floor units are available on a managed, fully inclusive basis including utilities, IT, and cleaning making any... More info 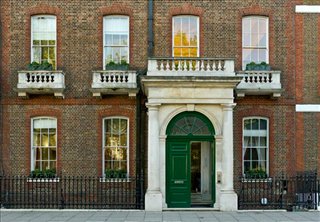 Beautifully designed for small- and medium-sized organisations, this elegant office space at 4 Cavendish Square, London W1 offers a charming period environment in which to work. The classical Grade II listed building is in the heart of the West End, a fantastic location for businesses in retail, media and entertainment sectors.

Offices in various sizes are available at this refurbished property. Options range from one- to... More info 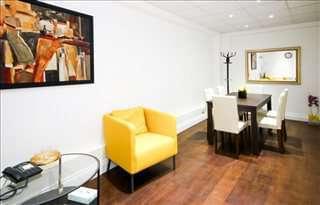 Situated on the north-west corner of Cavendish Square, 1-7 Harley Street, Marylebone W1G offers unbranded serviced offices and virtual office space packages in a central location in Marylebone in London's West End. Harley Street has long been a destination for private health care and the property retains a strong medical presence. From healthcare practitioners to recruitment agencies, this business centre is home to a diverse range of... More info 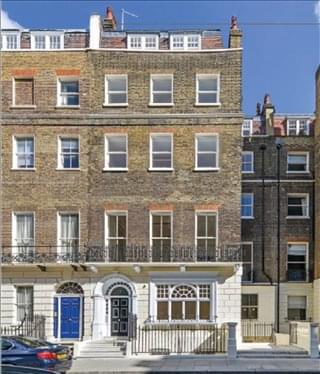 These high quality managed offices are in Chandos Street, Marylebone, in an area popular with media and broadcasting companies. The property is a Grade two listed Edwardian conversion offering furnished, IT ready offices for 1-30 people over 6 floors. Each office offers plenty of natural light and many retain original period features including distinctive herringbone wooden floors. The offices have been upgraded to modern standards with... More info 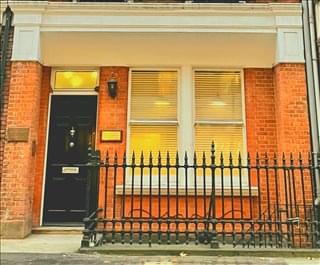 Arranged over six floors of a charming townhouse, these unbranded offices offer a wealth of original features, windows in every room, roof terrace, courtyard and state of the art technology in one building. The light and airy offices can be fully furnished or unfurnished and have unlimited high speed broadband as standard. Clients guests will be greeted by the manned reception who will handle clients mail and can provide business support... More info 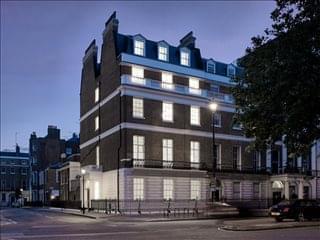 A modern office has a spacious room overwhelmed with plenty of natural light from the floor-to-ceiling windows overlooking the courtyard-raised access flooring and air conditioning. The floor has four open-plan interconnecting suites benefiting from central heating or electric heaters, a kitchenette and high ceilings. The workspace provides everything members need to thrive at work along with some cool amenities. In addition, the workspace... More info

Cavendish is close to two of London's main shopping districts, Oxford Street and Regent Street. To the south west is Oxford Circus where the two streets meet. The busy intersection includes several major shops, including the flagship Nike Town store.

Immediately south of the square are the flagship stores of Debenhams, House of Fraser and John Lewis as well as the London College of Fashion and the University of the Arts London (UAL). The strong retail market makes Cavendish Square and the surrounding area a base for several businesses working within the sector and with fashion houses in the West End.

Several corporate offices and societies are based in the Cavendish Square area, including the headquarters for real estate firms Savills and CBRE Residential and the offices for the Royal Society of Medicine. The Georgian-style garden square itself is home to diplomatic missions, charities, investment firms, non-profits, and a range of other businesses. The Royal College of Nursing is based at Number 20, which also boasts conference and event spaces. The Centre for Jewish Life is in Harcourt House at Number 19A and the King's Fund is at Number 11. Representative Office of Flanders is at Number 1A and Embassy of East Timor is at Number 4, while the Embassy of Haiti is on the north-east corner of Cavendish Square at 21 Bloomsbury Way.

Many offices around Cavendish Square are set in period buildings that have been redeveloped while retaining their appealing stone facades. An example is 17 Cavendish Square, which features modern office spaces with original features such as period fireplaces and ornate cornicing. Serviced offices from a number of providers are available at 33 Cavendish Square, a contemporary landmark building overlooking the square. On-site services and amenities include administrative support, printing and scanning services, meeting rooms, kitchens, and break out areas.

Cavendish Square is a leafy public square close to Oxford Circus in London's West End. It was created by architect John Prince in the early eighteenth century as part of the development of the Earl's London estate for Edward Harley, the Second Earl of Oxford and Earl Mortimer.

The square is named after the Earl's wife, Henriette Cavendish-Holles. Cavendish Square became the home of several nobles, including William Cavendish-Scott-Bentinck, the Fifth Duke of Portland and the Lane Baronets. Princess Amelia also lived and died on the square. James Brydges, the First duke of Chandos also owned a house on the square but it was never completed. Other famous residents include former Prime Minister H.H. Asquith, University of Westminster founder Quintin Hogg, and artist Robert William Sievier. In fiction, Cavendish Square was the home of Dr. Lanyon in the 'Dr. Jekyll and Mr. Hyde' novel by Robert Louis Stevenson.

The square forms the eastern end of Wigmore Street and acts as a link between two of central London's main shopping destinations, Oxford Street and Regent Street. Cavendish Square is also the site of the flagship store for John Lewis.