Our easy to use, free search service is focused on finding you premium business premises in Charing Cross at competitive rental prices. Our knowledgeable advisors are waiting to help you locate and secure the ideal business accommodation, from business centre space, collaborative and project spaces and shared office accommodation to individual workstations, unfurnished space, industrial units and virtual office solutions. We have an extensive portfolio of West Central London commercial property and if we don't currently have what you need we'll go out and find it! 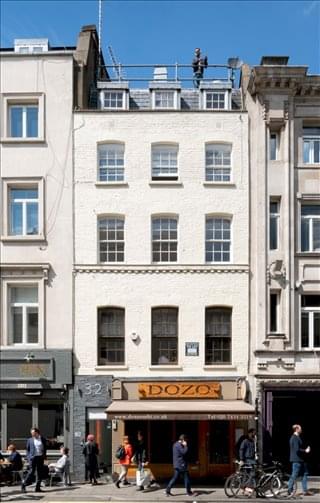 This workspace is located above an Art Gallery. All offices come with original wooden floors, either with lots of large windows/high ceilings or a loft style office with small terrace. Offices are fully serviced and ready to move into immediately. The site is accessible 24/7 and fibre broadband options are available. More info 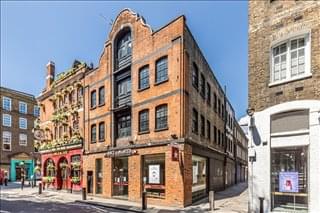 Third floor comprises of three interconnecting furbished rooms and a comms room. Each of these rooms benefits from wood flooring, storage cupboards, raised floors, comfort cooling, impressive floor to ceiling height, use of two toilets, shower, and an independent CCTV alarm system. All-inclusive costs on a monthly basis. In addition, the workspace allows clients to have 7 days reception. The whole floor benefits from an abundant amount of... More info

Hub on the Square in the Grade II listed Pennine Place is a bright, comfortable coworking space on Charing Cross Road. Offering shared and fixed desks, private meeting areas and an internal garden area with high spec amenities and plenty of events and perks for members. More info

There are several office options in and around the Charing Cross area, including along the Strand and nearby streets such as Chandos Place and Northumberland Avenue. One Northumberland Avenue serves businesses working within the legal, art and government sectors. The building overlooking Trafalgar Square includes breakout spaces, private meeting rooms, a business lounge, and a central location with excellent business links. Also nearby is Golden Cross House on the Strand. Easily accessible from Charing Cross station, the building includes serviced offices close to several government departments. It is also well situated for businesses working within the retail sector based in and around Covent Garden. Located at 8 Duncannon Street, the building includes meeting rooms and dedicated administrative support.

Charing Cross sits within the heart of Central London. Just a few steps south of the famous Trafalgar Square, the busy junction serves as the meeting place for The Mall, Whitehall, Northumberland Avenue, Strand and Cockspur Street. It is also the site of one of London's most important transport hubs, Charing Cross station. Several diplomatic missions are nearby, including the Canadian, South African, Ugandan and Nigerian High Commissions. There are also a number of UK government departments in the area, such as the Department for International Development and the Department of Energy and Climate Change. The British Council is also close to Charing Cross.

The area is served by Charing Cross, Embankment and Leicester Square stations and numerous bus routes connect to the rest of London.

Charing Cross has given its name to several landmarks in London, including Charing Cross Station. The major railway terminus was built in 1864 and is one of the capital's busiest transport hubs. The name is also used for a road, London Underground station, police station, hospital, hotel, theatre and music hall. Sitting south of Trafalgar Square, Charing Cross is formed by the meeting of the Strand, Whitehall and Cockspur Street. It is named after the former hamlet of Charing that was once found in the area as well as for the Eleanor Cross that stood at the centre of Charing Cross Roundabout.

One of several monuments built in honour of Edward I's wife Eleanor of Castile, the wooden medieval cross was erected in what was known as the Royal Mews in the 1290s. Destroyed during the Civil War, the Eleanor Cross was replaced by an equestrian statue of Charles I in 1675 that remains in its place to this day. A Victorian take on the cross was eventually placed outside Charing Cross station in 1865, where it remains. Fragments of the original cross are housed in the Museum of London. Charing Cross is often considered the centre of London and is generally used to measure distances from London.