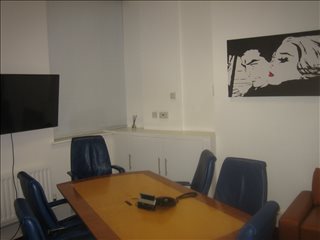 With Mansion House, Cannon Street, St Pauls, Bank, Blackfriars, Monument, Moorgate and London Bridge tube stations all less than half a mile away, this is an easily accessible location in London's City. More info 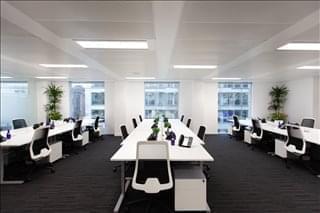 Providing 159,000 square feet of high-quality office space and seven retail units, 107 Cheapside is positioned in the heart of the City of London. Flexible licence agreements range from as little as a month up to ten years, giving you the choice to select a term that aligns best with your business needs.

This recently refurbished 183,000-square feet property has fabulous Grade A offices spaces flooded with natural light and a... More info 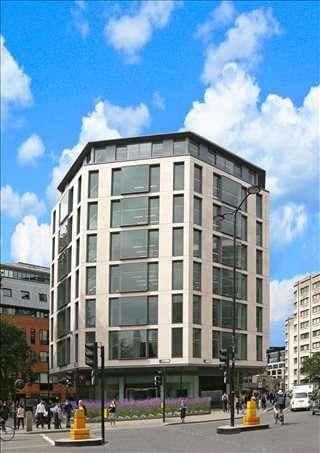 The Sugar Building/Octagon Point is a landmark building at 5 Cheapside, EC2V, on the Cheapside and New Change junction. It has seven refurbished floors with an average of 6,092 square feet. Each floor provides outstanding views of the City and Southbank, with offices overlooking St Paul's Cathedral and the surrounding cityscape to create an impressive setting to do business. 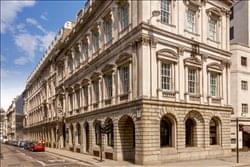 Atlas House at 1 King Street is an elegant Grade II listed property in the heart of the City between St Paul's Cathedral and the Bank of England. This stone-fronted building has 44,200 square feet of recently refurbished commercial space across five floors. The exterior includes a cloaked figure of Atlas that was carved from Portland stone in 1893-94.

In addition to a major bank on the ground floor, luxurious office accommodation... More info 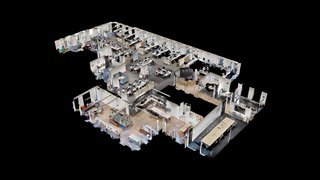 Cheapside remains an important centre for commerce, a role it has played since the Middle Ages. Various retail and food outlets operate along the street. It is also the location of the City of London's only major shopping centre, One New Change. Opened in 2010, the retail development includes office space at the intersection with New Change and close to St. Paul's Cathedral. As part of the City's financial district, Cheapside is home to a number of offices. Regeneration efforts have focused on replacing buildings constructed during the 1950s and 1960s, particularly between Paternoster Square and Poultry. Cheapside is strategically located between the Bank of England and St Paul's Cathedral.

Businesses operating in the vicinity include BT, the Bank of Ireland, the Canadian Imperial Bank of Commerce (CIBC), Commerzbank, Fidelity, Investec, and many other financial and insurance firms.

Cheapside was the site of one of the City of London's two major produce markets up until the twelfth century. The streets name means 'market place', with 'cheap' deriving from the Old English word for 'to buy' or 'shop' and the medieval English term commonly used for markets. Similarly named streets are also found throughout the United Kingdom. Streets emerging from Cheapside reflect the trades that once thrived along them, including Wood Street, Bread Street, Honey Lane and Milk Street. Cheapside emerged as a hub for commerce and industry during the sixteenth century, with many of the UK's major wholesale markets being based in the area around Cheapside.

By the seventeenth century, Cheapside once again evolved and became the home of coffeehouses and socialising. Heavily damaged during the Blitz, the street is now the site of the City of London's only largescale shopping centre - One New Change. Opened in 2010, the retail and office development is actually located on New Change between Cannon Street and Cheapside. The historic retailing and market street in London's financial district also links St. Martin's Le Grand and Poultry, the home of the Bank of England and Mansion House. To the east of Cheapside is the famous St. Paul's Cathedral.