We offer a comprehensive range of Midtown office space options. This includes serviced offices in business centres throughout Holborn, shared office space, desk rentals, short term office space, virtual offices, and commercial property leasing. Our Central London office search service is completely free to use, and our advisors are on hand to go that extra mile in finding you the perfect business address at cost effective rates. 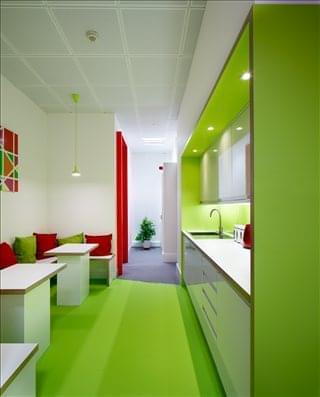 Along with retail space on the ground floor, the decorative period property at 103 Kingsway in Holborn offers self-contained office spaces in a variety of sizes across 7 upper floors. The refurnished offices at Kingsway House benefit from air conditioning, perimeter trunking and LRG7 lighting. Non-branded spaces allow new and established businesses to create their own identity while benefiting from professionally decorated and furnished... More info 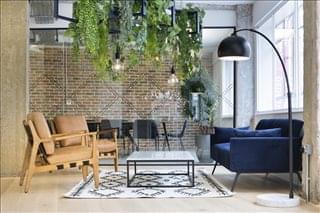 Two units are now available at Kingsbourne House, located in the heart of London. Spaces are suitable for anywhere between 80 to 100 desks, with spacious and well-lit units on both the 2nd and 4th floors. Its Holborn location makes it only a short walk from London's hotspots, including Covent Garden and Bloomsbury. The immediate area is busy with hotels, restaurants, gyms, green spaces, and food markets including Leather Lane. More info 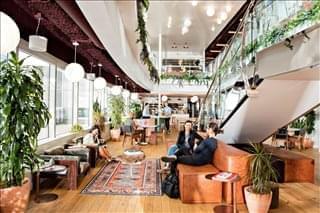 Amenities for this office space are comprehensive, including: individual climate control... More info 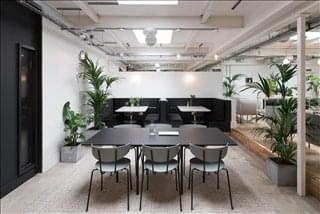 This centre, located in the heart of the idyllic Bloomsbury in London is housed in elegant Georgian terraces. The Grade II buildings are flooded with natural light and boast 11 private offices and 13 meeting rooms and sophisticated interiors. This centre boasts top technology in order to make your working life easier, whilst also maintaining its original Georgian character. On-site amenities include a board room, lounge areas, breakout... More info 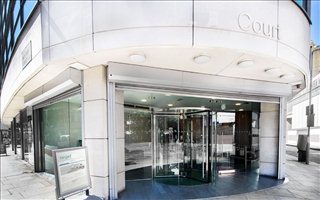 This ultra modern business centre at Lion Court, 25 Procter Street is just a few minutes walk from Holborn station. Located in the heart of London's Midtown, the centre houses a selection of prime office solutions, all benefiting from plenty of natural light. With a mix of boutique individual private office suites and shared collaborative space, enabling businesses to collectively utilise workplace facilities and infrastructure, as well as... More info 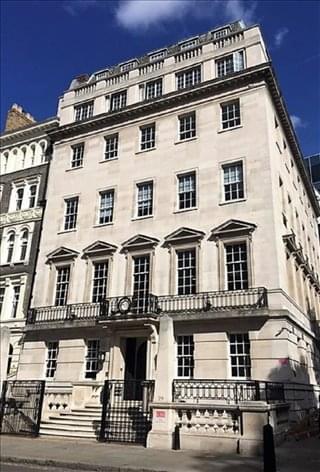 Holborn office space for rent at the former headquarters of ACCA (the Association of Chartered Certified Accountants) on Lincoln's Inn Fields London WC2. This property offers tailor made serviced and non-serviced office space to suit your exact requirements with very competitive prices on flexible terms, from monthly licence agreements with all-inclusive rates to 5+ Year leases. Whether you require large open plan layouts or partitioned... More info 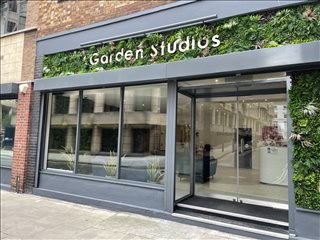 Winner of the BCA Independent Business Centre of the Year 2011 and finalist in 2010 & 2007, this is an exceptional centre which provides solutions for clients at every stage of their business growth from excellent value start up units to premium offices. With 85 offices spread out over three adjacent buildings, the experienced on-site team create a friendly and professional atmosphere, with a full reception service, up to date IT/comms... More info 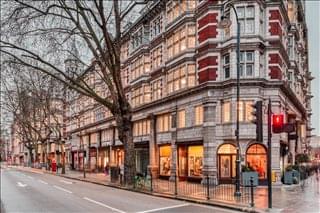 31 Southampton Row, London, WC1B is a prominent triangular building overlooking Bloomsbury Square, with a range of flexible workspace for immediate rental. The centre has several floors of fully furnished and equipped workspace including private offices, coworking desk space, meeting rooms for up to 18 people, and virtual offices. More info 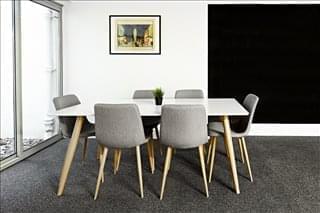 This contemporary property houses a selection of serviced office suites available on flexible terms. Well appointed workspaces consist of worktables, seating, boardroom furniture, shelving, light fixtures, and anything else one might look for within a trendy, upmarket work environment.

Space is offered unbranded which allows greater flexibility on how your business presents itself to clients, and meeting rooms are available... More info

This work centre offers beautiful serviced offices, situated in an impressive Grade II listed building, newly refurbished in a modernist style. This business centre consists of 42,220 Sq Ft of stunning office accommodation spread over six floors. The building has an impressive exterior and the interior theme is equally as splendid, with a beautiful modern art deco aesthetic. The work centre has many excellent facilities, including; a... More info 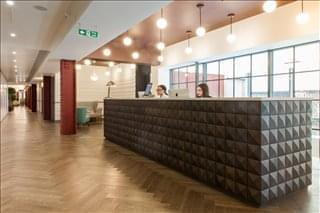 Surrounded by culture in the heart of London, this attractive West End centre delivers a modern work environment with furnished, virtual and shared office space in a beautifully refurbished brick office building at 10 Bloomsbury Way. Situated between Covent Garden and Bloomsbury, this workspace is in a thriving community of fashion, media and creative firms.

This listing situated in Red Lion Square offers occupiers the benefits of a traditional office in historic period buildings with all the benefits of managed flexible lease terms. Refurbished to a high specification, tenants will have the feel of a permanent address with all the flexibility they need to operate with no hassle. The all-inclusive licence fees allow occupiers to move in and operate on day one, with high speed internet included,... More info 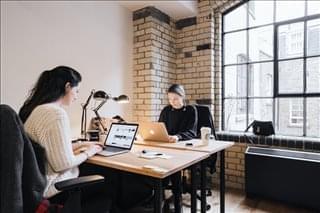 Located in the heart of Holborn, this centre gives tenants full control over the design of the space, allowing you to infuse your brand into your new office. Tenants will work alongside the centre's in-house design team, choosing from four basic designs, all optimised for different working styles in mind. From there, you will customise the space, concluding with a fully bespoke space. Whether you want an open plan layout, a bull-pen style... More info 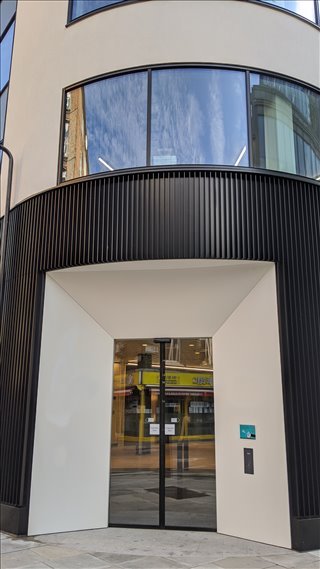 This brilliant newly refurbished building offers sublet space in the heart of London. The space is easily accessible via public transport and is accessible 24 hours a day suiting the needs of any business' hours! Located on the third floor and is fully furnished. The office is available to use two days a week. Other amenities include air conditioning, bike racks, IT support, a fully equipped board room and private phone booths.... More info 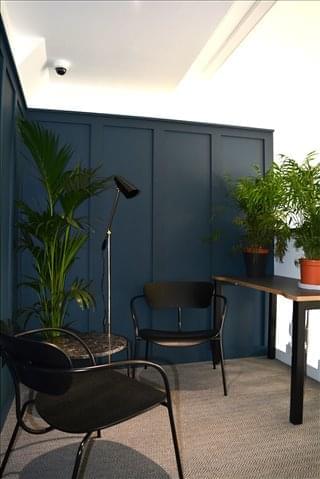 This stunning building features many original period features and benefits from large windows that allow the space to be filled with an abundance of natural light. The space available is airy, bright and has been extensively restored to a high standard. At this location ten unique and private office suites, varying in size, are available. This impressive workspace is the ideal location to thrive. A number of useful and meaningful amenities... More info 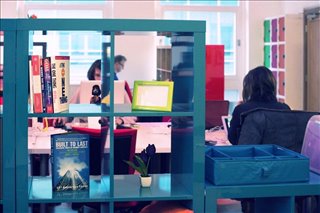 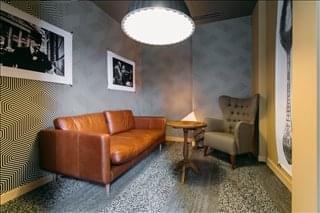 This shared workspace at 14-22 Gray's Inn Road, London WC1X 8HN offers both private and open plan office accommodation. The office spaces are furnished to a high spec, and you have the option to rent individual suites or coworking space for up to 100 people, which provides multiple networking opportunities, as well as hot desking options for daily, weekly or monthly use.

Imagine working in a nineteenth-century Grade II listed building with striking Gothic and Art Deco features. This splendid coworking space at the edge of the City of London and provides the perfect base to work in terms of location and amenities.

Holborn Bars is a dramatic red terracotta Victorian building on Holborn in Camden. This Gothic Revival style building was constructed between 1885 and 1901 and later modified from 1930 to... More info 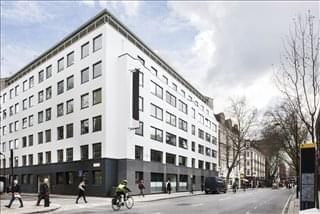 Bright, airy offices, newly renovated, there is a Centre Manager and staffed reception on site to assist you with anything you need. With parking and cycle racks available, the property easy to get to from anywhere, and cycling to work is a great option in this area. Taking an office in this building means you will be a part of one of the capital's leading business communities with access to regular on-site industry events, networking... More info 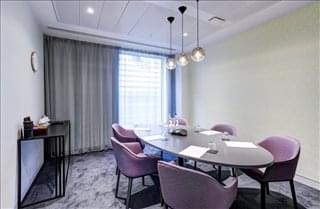 Situated on the 8th and 9th floors of a prominent Holborn office building, this centre offers a luxury working environment that is complimented by stunning views over Holborn Circus, the City and St Paul's. The centre aims to provide a first class environment for its members and offers a vast array of amenities for you to take advantage of, including complimentary WiFi, refreshments, and a dedicated onsite management team to ease your... More info

Coworking from £404 per person per monthVirtual from £89
The Clubhouse Holborn Circus, 20 Andrew Street - EC4A 3AG

Situated between the West End and the City of London, Holborn is a diverse location with businesses active in a number of sectors. Part of London's 'Midtown', the Holborn area is becoming a sought-after destination thanks to its diverse business community in what has traditionally been the heart of London's professional and legal communities. While the West End is known for its media and retail businesses and the City is a hub for legal and financial services, the area around Holborn provides a base for a mix of sectors.

The diversity that characterises Holborn and the surrounding area includes a mix of residential and mixed use developments.

Holborn is within walking distance of Chancery Lane, Farringdon and City Thameslink stations. There are also a number of restaurants, pubs and shops along the street. These factors help make it an attractive place to work and do business.

Holborn has a range of converted and new office buildings. Formerly known as the Prudential Assurance Building, Holborn Bars is a red terracotta Victorian Building along Numbers 138-142. The Gothic Revival style building is home to English Heritage and a number of businesses in legal, technology, marketing, financial and other sectors. It is also known as Waterhouse Square, a name given in honour of the architect that designed the building. Waterhouse Square includes three buildings centred around a courtyard.

Since 2001, supermarket chain Sainsbury's has had its headquarters at 33 Holborn. Designed by Foster and Partners, the nine-storey building overlooks Holborn Circus and has more than 323,000 square feet of office accommodation. Across from 33 Holborn is Thavies Inn House at 3-4 Holborn Circus. The office development incorporates two 1950s buildings and houses marketing, media, professional services, accountancy, and other businesses. Just south of Holborn Circus is New Fetter Place, a modern office tower with 92,000 square feet of Grade A office accommodation. Highlights include a central landscaped courtyard and double height reception area. Among the building's tenants is the LEGO Company.

Hoborn's name likely comes from the Middle English world for hollow, 'hol', and brook, 'bourne'. The reference was to River Fleet, which ran through a valley in the area. This district within the London Borough of Camden is home to St. Andrew Holborn, which dates back to the tenth century. Although the wooden church survived the Great Fire of London in 1666, it was rebuilt due to its poor state. Starting in the eighteenth century, Holborn became an area for entertainment with numerous inns and taverns as well as music halls and theatres. Charles Dickens lived in the Furnival's Inn, while his Pip in Great Expectations lived in the nearby Barnard's Inn.

Holborn is now home to new office developments and hotels as well as trendy pubs, international restaurants and independent shops. Forming part of the A40, a street sharing the area's same name runs between High Holborn to the west and Shoe Lane in the east, where it becomes Holborn Viaduct. More recently, there have been attempts to rebrand Holborn and nearby areas as 'Midtown' given its position in the middle of the City and the West End.