Our easy to use, free search service is focused on finding premium business premises in Regent Street at competitive rental prices. We have an extensive portfolio of West End commercial property, from private offices in business centres, to shared office accommodation and individual workstations. 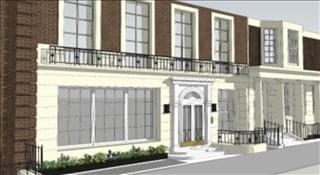 The building will provide 300 plus workstations and will be fitted out to the highest of specs to befit it's address. The office spaces will combine the classical features expected of a historic Grosvenor Street building along with cutting edge IT and M and E infrastructures. The building will also provide a fully staffed reception, on- site IT support along with state of the art meeting facilities and a Grosvenor Street fronting client... More info 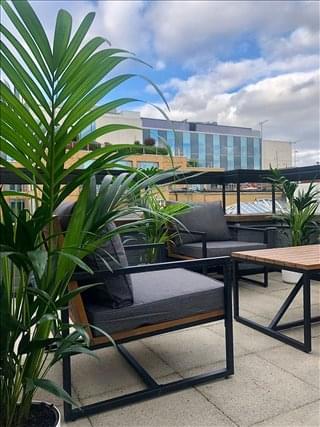 A boutique office building in the heart of London's West End, situated directly opposite the side entrance of the famous Selfridges. Spread over five floors, offering private, brand new, self-contained offices. Windows all around to allow plenty of natural light to flow through, with windows that open, offering through air flow and a comfortable working environment. Thoroughly though-out, design-led space to keep your team happy. With built... More info

The types of workspace available include unbranded executive suites, virtual offices, on-demand meeting and training rooms. The all inclusive pricing covers utilities, business rates, reception services and the use of the building's... More info

With approximately 14,305 square feet of modern office accommodation, 120 Regent Street offers businesses a prime location in the West End of London. Contemporary offices are arranged over four floors at this elegant stone-front property, which also boasts prestigious retail space on the ground floor.

This air conditioned six-storey property has been designed to deliver stylish serviced offices and co-working spaces for businesses... More info

This exclusive corner property is home to a range of high end business accommodation set within in the prestigious area of St James's. With a mix of office space on offer including boutique individual private office suites, shared coworking spaces, hot desks and virtual office packages enabling businesses to collectively utilise workplace facilities and infrastructure, as well as offering a friendly, dynamic atmosphere that is ideal for... More info

There are a range of office options along Regent Street. At Number 222 is Liberty House, a stunning ornate building overlooking Regent and Oxford streets. Offices are located above the Liberty department store and cater to media businesses operating in Soho. The building is also a good base for companies working with retailers in the area. Highlights include balconies with views of the West End, a videoconferencing studio, meeting rooms, and breakout areas. Rex House at 4-12 Regent Street is a bold 1930s building that provides Grade A offices with access to meeting rooms, a business lounge, virtual offices, and an outside terrace. It is close to government departments as well as media and retail businesses in the West End. Close to Regent Street is 26 Dover Street, a serviced office location within a Georgian townhouse. Serviced offices are also located nearby at 25 Sackville Street.

Regent Street has long been associated with London's retail sector. Since the nineteenth century, the street has been a centre for fashion. Austin Reed, Superdry, Apple, Jaeger, Hamleys and Liberty are just some of the brands that have or had major shops along Regent Street. The street also has strong links to broadcasting.

Just north of Regent Street is Broadcasting House, the headquarters for the BBC. The University of Westminster's main campus is also found at Number 309. The former Dickins and Jones department store at Numbers 232 to 234 opened in 1835. In 1959, House of Fraser took possession until 2005. After a redevelopment project, the building now includes office spaces as well as retail units and flats.

One of London's major shopping destinations, Regent Street runs from the Regent's residence at Carlton House to Regent's Park. Along the way, it crosses Piccadilly Circus and Oxford Circus. The West End street was designed by architect John Nash, who also developed the master plan for Regent's Park. It is named after the future George IV when he served as the Prince Regent. Many of the original buildings that lined Regent Street have been replaced since the street was completed in 1825, although All Souls Church has survived. Regent Street is notable since it is an early example of town planning in England and one of London's first planned developments.

It has been known as a fashion hub since the end of the nineteenth century, so much so that many of the buildings along the street were developed between 1895 and 1927 to accommodate contemporary shopping needs. The redevelopment left fine examples of Beaux Arts design. There are more than 75 flagship stores along Regent Street including Apple, Banana Republic, Hamley's and Liberty. There are also many fine cafés, restaurants and bars. Regent Street has also been famous for its annual Christmas light displays since 1948.