Find fully furnished serviced offices to rent in Stratford on London Office Space. Click the listings below to view the available spaces or call 020 3965 9617 to speak to one of our East London experts. 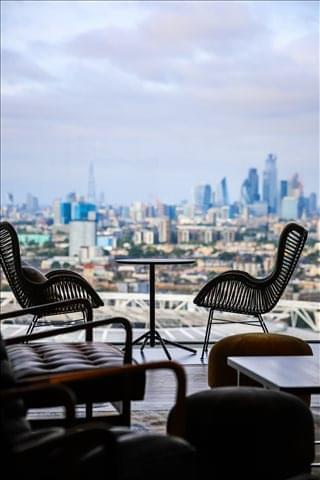 A brand new shared co-working space just a short walk from Stratford International and Stratford Underground stations, with the most stunning views across London. Perfect for startups and small businesses, this location has a range of different options including a private office and hot desks with adjustable height and pre-bookable desks. Three meeting rooms are available, as well as break-out areas, and private 'Me Spaces'. This modern,... More info 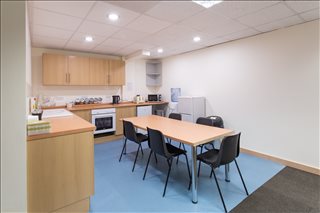 Located in prime location on the Olympic Park, Phase 1 of this business centre offers flexible serviced offices with lift access. Ideal for start-up, business growth or disaster recovery. Non branded furnished offices with IT/Voice and many amenities including meeting room, break out and the unique Dog Drop Inn for tenants to lodge their dog on site for a dynamic work life balance. Strong transport links and Westfield are 5mins, on site... More info 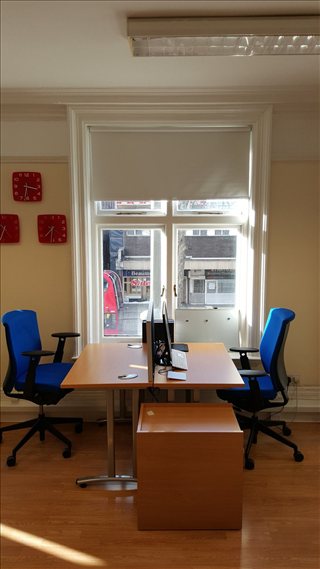 This centre offers two executive offices, meeting room, reception and co-working spaces. There is a kitchen and toilets for male and female clients.This centre is also an ideal location for Virtual offices and have onsite Mailbox Services. The centre opens six days a week and the opening hours are; Monday - Friday 9.00am - 8.00 pm and Saturdays 10.00am - 6.00pm. There is a member of staff on ground always. More info 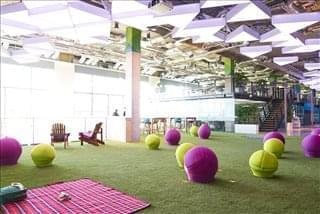 This is one of Europe's largest tech innovation centres at 68,000 sq ft of working space. Designed as a mini-city, this centre is complete with a large event space, an indoor park, and a maker's yard for building, creating & prototyping new products. They are looking for startups with big ambitions, harnessing new and emerging technology like VR/AR, AI, IoT, HealthTech, big data, cybersecurity, and Tech For Good to change lives. This... More info

This listing offers fantastic office accommodation, located in Stratford- perfect for freelancers, start-ups and established businesses. The work centre provides a professional working environment, with a range of space available suitable for teams of any size. Whether you need a single desk or a whole floor to accommodate up to 150 desks, there is something to suit your needs. The office building has 6 floors and over 30,000 sq ft of... More info 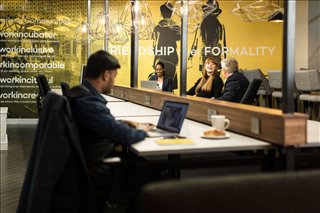 Based in the heart of London's famous East End, this centre offers tenants more than just a rented desk. The centre strives to be a all-encompassing co-working community, where tenants can come to network, be inspired and achieve their maximum productivity. Whether you are a freelancer or part of a flourishing start-up, all are welcomed. The centre will feel like a home from home, and comes with a wealth of amenities. The space is... More info 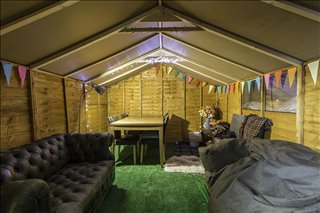 This space offers light and airy fixed desk spaces available in a friendly creative office in Hackney Wick. The space is bright and airy and has great transport links. Tenants benefits from breakout space in the form of a refurbished shed. The kitchen has full cooking and drinks facilities and printing is included. The business space has recently taken changed tenancy and the current occupants are looking to sub-let some space to similar... More info 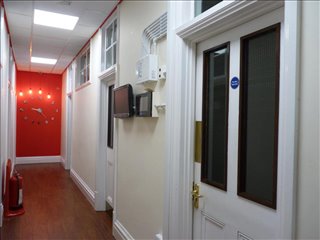 Situated in a prime East London location, this space has been recently refurbished to a luxury standard. Composed of seven suites ranging from between 160 and 350sqft the centre is ideal for smaller companies looking for a new home. Boasting kitchen and toilet facilities, 24 hour access and cleaning services, tenants can move in and get down to business on day one. The centre also offers a fantastic onsite management team who will be on... More info 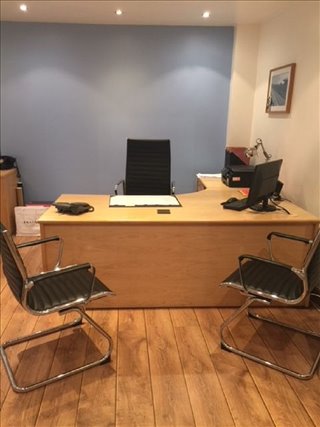 This centre was established in 1988, and provides a professional service for businesses located all over London. These serviced offices and secretarial bureau offer the benefits of full office support at a cost-effective price. There is a dedicated and efficient team and who offer a secure and confidential service to all clients. This centre has recently been refurbished and the aim is to provide comfort & luxury to all clients. Private... More info

With the decline of industry in the twentieth century, Stratford's economy has become increasingly focused on retail and service sectors. The area's retail sector is focused on the Stratford Centre and the newer Westfield Stratford City, which opened in 2011. Westfield Stratford Centre is one of Europe's largest shopping centres with more than 350 shops. Both shopping centres are located on either side of Stratford station, a major interchange station served by the London Underground, London Overground, Docklands Light Railway and mainline rail.

Leisure is also an important driver for Stratford, thanks in large part to the legacy of the 2012 Olympic and Paralympic Games. The Olympics transformed the area with the development of the Olympic Park, which was renamed to Queen Elizabeth Olympic Park following the Games.

The park includes the Olympic Stadium, which is now home to West Ham Football Club. The London Velopark and Aquatics Centre are also found within the park. Several completed and planned residential and commercial developments are focused around the park, including new facilities for the Victoria & Albert Museum and University College London.

London Office Space has office listings for a wide range of serviced offices, dedicated and shared desk space rental and private office space in Stratford and throughout East London. The featured listings above represent a small selection of the currently available spaces. If you can't see the space you're looking for let us know what you're after and we'll find it for you.

Stratford Then and Now

Up until the middle of the nineteenth century, Stratford remained notable for its potato growing. Beginning with the arrival of rail services in 1839, Stratford emerged as an industrial suburb and an important transport hub. Even before this, factories producing porcelain were found in the area since the eighteenth century.

Modern Stratford's agrarian roots are difficult to see as the area has been the focus of extensive regeneration, particularly in the lead up to and following the 2012 Olympic and Paralympic Games. Much of the redevelopment has focused on Queen Elizabeth Olympic Park and the neighbouring area.

The park has green spaces, biking trails, sports venue and other recreational opportunities for visitors. It is also home to the ArcelorMittal Orbit, a 374-foot sculpture and observation tower. Other major landmarks in Stratford include the Old Town Hall. The University of East London also has a major campus in Stratford.