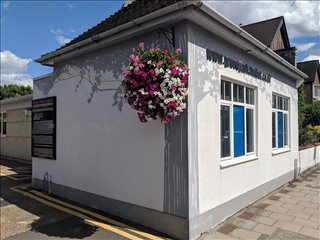 This bright and contemporary business centre is just south of Turnham Green, Chiswick Park and Chiswick Park station, and a short walk from Chiswick mainline station in the heart of the town. Serviced offices are available from 150 to 1060 sq ft configurations, on flexible lease terms, and benefit from meeting rooms, air conditioning, broadband access, Wi Fi, kitchen facilities and on site parking. This business centre is perfect for an... More info 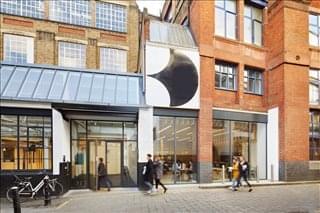 This centre has been extensively remodelled to provide updated facilities. Previously the Sanderson Wallpaper factory, this centre is home to a range of businesses on flexible lease and licence terms. A comprehensive range of services and facilities are provided for the serviced offices including meeting rooms, central heating and air conditioning, end of trip facilities as well as an onsite cafe. Serviced offices available currently range... More info 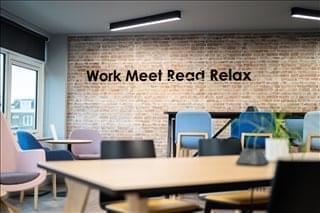 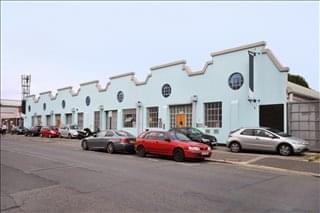 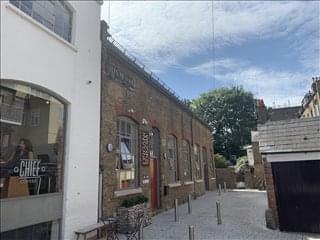 Offering a range of additional services and facilities, as well as being close to both Turnham Green and Stamford Brook stations, this business centre provides flexible furnished serviced offices in different space arrangements to suit your requirements. Included extras such as reception services, meeting rooms, air conditioning, kitchen facilities, 24 hour security, bike racks and even showers make these offices an ideal choice for any... More info 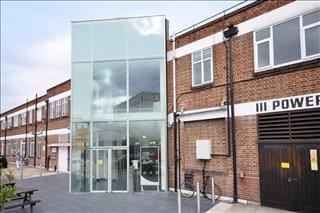 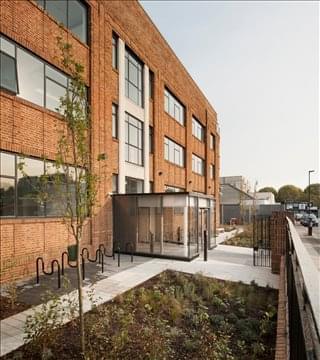 Set across four buildings, there are workspaces available in a variety of sizes, ready to take on a business' personal touch. The centre provides an exhaustive range of amenities and services including furnishings, meeting rooms, air conditioning, copying and printing, bike racks, end of trip facilities, 24/7 security and secure building access to tenants, as well as onsite management staff available 7 days a week. The courtyard space,... More info

Chiswick has seen commercial property office development since the 1960s. Along with modern developments and warehouse conversions across the district, a growing supply of office spaces for businesses is found along Chiswick High Road. Developments include:

Why You Should Rent Chiswick Office Space

With its location close to the M4 motorway and Heathrow Airport, Chiswick attracts companies looking for good transport links and a strategic location. National and multinational companies from virtually every sector are represented in Chiswick, from airlines and media companies to real estate agents and food product manufacturers, including the award-winning Griffin Brewery. Retail is also a strong driver in Chiswick, primarily based along the High Street - Chiswick High Road, which has several shops, restaurants, pubs, cafes and other businesses.

Chiswick Then and Now

Chiswick gradually emerged as a country retreat due to its proximity to London. Its current role as a suburban area was solidified as the area's population grew between the late nineteenth and early twentieth centuries.

Just downstream from Chiswick Bridge is the post for the famed University Boat Race between Oxford and Cambridge universities. Its location on the River Thames makes the area a popular destination for rowing, and many clubs are based along the river bank.

Chiswick is also home to Hogarth's House, once the residence of eighteenth century artist William Hogarth. Other landmarks include Chiswick House, one of the finest Neo-Palladian villas in England. Completed in 1729, it was house was designed by Lord Burlington and its landscape garden was created by William Kent.

These shared and private offices to rent in Chiswick are offered on flexible, competitive rates. The flexible office spaces feature a comprehensive selection of facilities and services such as a management team, high speed internet, meeting rooms and conference facilities, telephone systems, central heating and air conditioning, car parking, bike racks, kitchens and showers, 24 hour access, and even options for choosing serviced offices with access to a roof terrace for relaxing, breaks and recreation.

Browse the listings above for Chiswick serviced offices and shared space to rent with all-inclusive pricing, covering rent, business rates and facilities. In addition to the currently available office rentals listed, from time to time we are also able to offer offices to rent in other prime office locations in Chiswick, West London. Fill in the Quick Quotes form to get details about the Chiswick office space to rent or call us now to speak to an expert on 020 3965 9617.