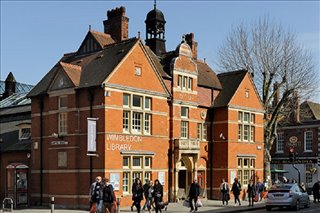 This property offers affordable, high quality and flexible offices, situated in the heart of Wimbledon. The coworking desks start from Ł85 per month, and tenants benefit from joining a thriving coworking community where individuals are encouraged to network and grow their business. There are a wealth of fantastic amenities on site, including high speed Wi Fi, air conditioning and access to multiple meeting rooms and conference rooms across... More info 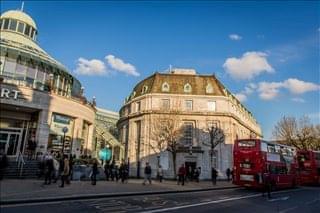 The Old Town Hall at 4 Queen's Road, Wimbledon has an impressive white-stone Victorian façade that is beautifully matched with a stylish interior. Contemporary office accommodation in the period building is spread across two floors. Fixed desks and offices are available in a variety of sq ft configurations, ideal for both start-ups and established businesses. They are also offered unbranded to give you extra flexibility to infuse... More info 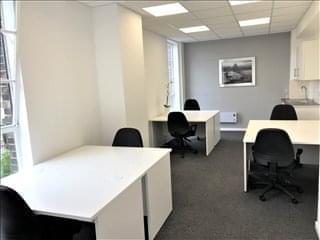 Situated in the centre of Wimbledon, these bright and airy serviced offices provide the full suite of business facilities including meeting rooms and video conferencing, manned reception, on site IT support, car parking, air conditioning, lounge areas, 24 hour access and great transport links to central London via the nearby Wimbledon station. 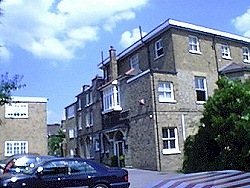 Once a residential property, Thornton House has been transformed into modern office suites within the Wimbledon Village Business Centre. Elegantly-furnished offices provide a peaceful and attractive setting to do business. A selection of flexible serviced offices are available, from single-desk offices to larger spaces with multiple units. Each space is available on a flexible licence basis, giving you the freedom to adjust your business... More info

This centre offers premium coworking space with a group of private offices, coworking desks and meeting rooms. The flexible office interior is newly designed and provides soothing environments, which in return helps to increase the productivity of the workers. Also, there are meeting rooms to meet, collaborate and create with the clients in the informal lounges. There are an abundance of amenities like 24 hour access, bike racks, pet... More info 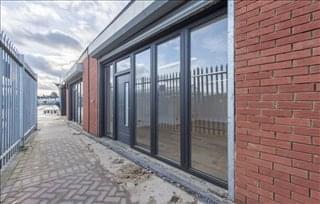 Industrial style offices which are bright and airy and finished to a very high standard with full length windows providing plenty of natural light. This space benefits from super-fast internet, breakout areas, co-working space, male and female WC and shower rooms, on-site parking, access to shared Kitchen and meeting rooms. There is a receptionist available ensuring your clients are greeted with professionalism and you can ensure your... More info 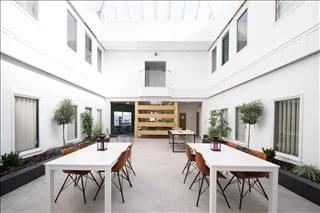 With serviced office spaces ranging from 100 to 500 square feet, this well laid-out space is finished to a high standing and provides you with a professional setting to do business. Another available property type is light industrial units with up to 5,000 square feet of space.

Centrally situated on Lombard Road, Wimbledon SW19, the centre offers you helpful supports so they can focus on growing your business. These services... More info 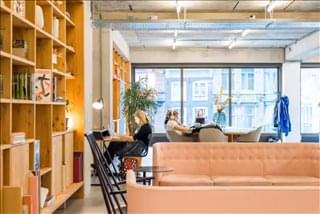 This Workspace makes playing host to visitors and like-minded individuals easy. Collaborate in the open-plan coworking space, or get together in ready-to-go private meeting rooms. This workspace has everything ready, from super fast Wi Fi, WCs, nearby transport links, flexible lease terms, and stylish furniture. With such an ambience, members can find focus with open-plan office space in New Malden. Moreover, this centre is located on a... More info

The Old Town Hall offers boutique serviced offices and coworking complete with board and meeting rooms, breakout areas, on-site parking, and bike storage. The Victorian-style building is close to Wimbledon Station on the London Overground network, providing connections to London Waterloo Station in about 20 minutes.

Village Serviced Offices also houses high-end serviced offices in the heart of Wimbledon Village. The location is designed for small businesses and features modern offices of tailored sq ft configurations with up to four desks each. There are also shared meeting rooms available for the tenants, which vary from healthcare providers, charity organisations and fashion businesses to investment firms and management consultants.

Another commercial property offering serviced office space to rent in Wimbledon is Wimbledon Bridge House, one of the area's landmark office developments. Located close to Wimbledon Station at 1 Hartfield Rd, this aluminium-clad building has a full-height glass atrium and about 168,635 sq ft of serviced office space. It was completed in 1989 and also features a 300-space car park for tenants. Swan Court on Worple Road is another major business centre in the heart of Wimbledon.

Why You Should Rent Office Space in Wimbledon

Wimbledon was part of the sprawling manor of Mortlake, which dates back to at least the eleventh century. The manor was held briefly by Thomas Cromwell and later Catherine Parr during the reign of Henry VII. Wealthy families were attracted to the area thanks to its proximity to central London, particularly from the seventeenth century.

The rural character of Wimbledon began to change with the arrival of rail during the nineteenth century, leading to more and more people moving into the area. The affluent suburb has a mix of grand Victorian homes, modern houses, and low-rise apartment buildings.

Wimbledon is also the home of the world's oldest and most prestigious tennis tournament. Held each year at the All England Club since 1877, the event is one of four Grand Slam tournaments and the only one played on grass. Wimbledon Common is one of the largest plots of common land in London and was the site of an Iron Age hill fort. It dominates much of Wimbledon's north and connects with Richmond Park and Putney Heath.

Wimbledon has a charming and family-friendly village feel with many green spaces, boutiques, and pubs. Wimbledon is generally split into two distinct areas, the village and the town. Each area provides an exciting mix of commercial property and picturesque residential buildings.

Wimbledon Village is centred around the main street and the original medieval village. The more modern 'town' area of Wimbledon has developed gradually since the arrival of rail and the main station in 1838. The largely residential district in southwest London has a strong retail sector. The Centre Court shopping centre is next to the rail station and incorporates the old Town Hall.

Several companies also have headquarters in Wimbledon, including Ipsotek and Zipcar. The Chartered Institute of Personnel and Development (CIPD), the charity United Response, and the GMB general trade union are also based in Wimbledon.

One of the most well connected areas of south west London, Wimbledon in the borough of Merton has exceptional transport links. The area is serviced primarily by Wimbledon train station on The Broadway in the town centre, which provides rail services on the Thameslink and South Western Railway, as well as being the main tram stop of the area. Other major stations that provide rail services in Wimbledon include Dundonald Road, Merton Park, South Wimbledon, Southfields station, Wimbledon Park Underground station and Haydons Road on the Thameslink line.

With train services west to New Malden, south to Worcester Park, east to Tooting Broadway, south east to Bromley and northeast to Clapham Junction and on to London Waterloo, as well as numerous bus routes crossing through the area, all of your commuting and travel needs will easily be accommodated when choosing serviced office space to rent in Wimbledon.

These shared and private offices are offered on flexible and competitive rental rates, and in a variety of sq ft configurations. The offices feature a comprehensive selection of facilities and services such as a manned reception with telephone answering, secretarial support, Wi Fi and broadband, conference and meeting rooms, telephone systems, central heating and air conditioning, car parking, bike storage, kitchens and showers, 24 hour access, fitness room options and great transport links to central London and the wider United Kingdom.

Browse the listings above for serviced offices to rent with inclusive pricing, covering rent, business rates and facilities. You can also find Wimbledon coworking space here. In addition to the currently available office rentals listed, from time to time we are also able to offer offices to rent in other prime office locations in Wimbledon, London. Fill in the Quick Quotes form or call us now on 020 3965 9617 to speak to a commercial property expert.