Central London desk space and serviced offices to rent on or near Tottenham Court Road. These flexible workspaces are fully furnished, available with all inclusive pricing and no set up costs. View a selection below or give us a call on 020 3965 9617 and let us know what you need. 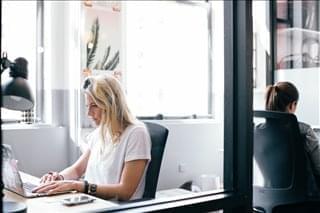 This work space is located in Soho Square which is a fantastic area for tenants. The space offers sleek private offices, co-working areas, conference rooms and art-filled lounges. The centre also offers a functional outdoor terrace, giving occupants a space for fresh air. The business centre has many excellent facilities, such as; onsite staff offering support, phone booths which are ideal for video chats and even professional events such... More info 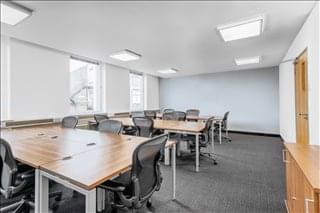 Situated in the heart of Soho - London's creative capital - this building at 18 Soho Square, London W1D is a contemporary, 7 storey property just minutes away from the fabulous Oxford Street retail stores and the many attractions of Soho. Offering professional private and shared offices alongside coworking desk rental on a short term, flexible basis. More info 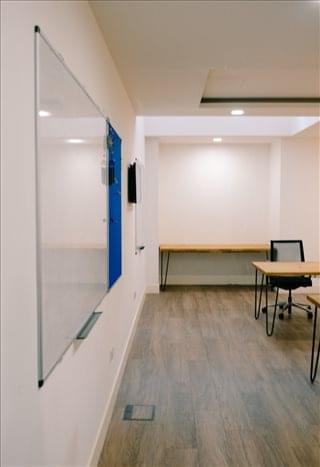 This large and bright office space is composed of 3 hot desks that can host up to 12 people in total. It's an ideal spot for start-ups and similar small companies. The space comes with a shared meeting room that can be booked. Office space also comes fully furnished, kitchen and fantastic WiFi connection. If needed event space can be booked which holds up to 50 people. More info 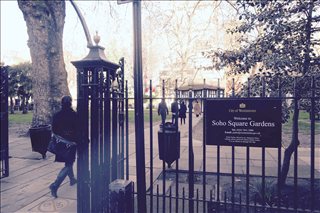 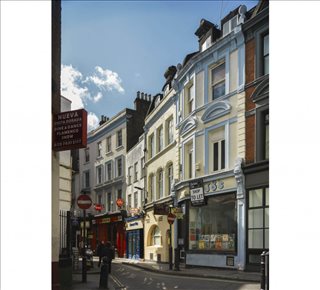 High-quality offices at this property provide a professional work environment for small businesses close to fabulous amenities in London's West End. Private offices are adaptable to suit your needs and are available furnished or unfurnished.

The converted terraced building is fitted with work-ready IT and telecommunications systems, including high-speed broadband and VOIP telephones. There is a comfortable lounge as well as casual... More info 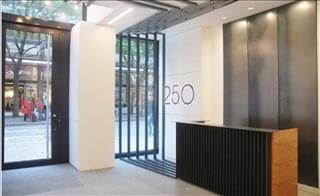 The building boasts a beautifully designed reception with feature lighting. The 1st to 5th floors provides bright open plan refurbished offices space. The centre offers serviced offices with meeting rooms that can accommodate teams of different sizes. Clients get their own fully furnished office space with access to meeting and board rooms, high speed internet, kitchen facilities and numerous other extraordinary amenities. In addition, the... More info 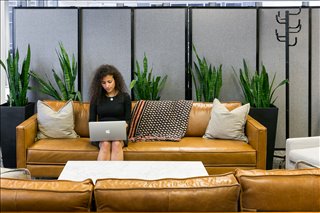 Based in the heart of vibrant Fitzrovia, this centre is comprised of over 8,300sqft of prime space. With full customisation options available, tenants can design the space to align with their brand. In-house architects and design teams will work to your blueprint, in addition to the price including the space itself, furniture, design, Wi-Fi, utilities, cleaning services and beverages. The centre is available with flexible terms and offer... More info 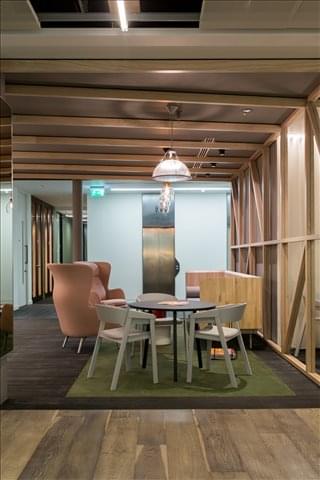 This beautifully presented business centre at 1-2 Stephen St, Fitzrovia, London W1T 1AL houses a wonderful collection of individual private suites, coworking space which provides a myriad of networking opportunities and the chance to grow as your business expands, as well as hot desking options for daily, weekly or monthly use.

The offices boast a chic, minimalist decor and tasteful furnishings, and large windows throughout... More info 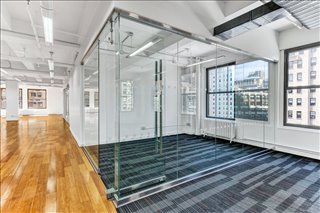 Fantastic office space across the fifth floor of this art-deco building is perfect for larger businesses who want a space tailored to their brand and a flexible contract. The 7784 square feet of space can be customised to meet your exact requirements, ensuring you achieve your dream office. The opportunity to incorporate your brand identity into your work environment is an exciting opportunity. The rental price is inclusive of the design,... More info 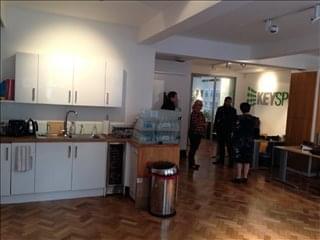 Refurbished to a high standard, the property still maintains it's unique and original period features with offices that also boast lots of natural light and superb views over Soho Square. Despite being located just off Europe's busiest shopping area the inside of the centre offers tranquil working conditions in a smart environment. Here you will get a fully furnished unbranded office and the latest in IT and telecoms. The space can... More info 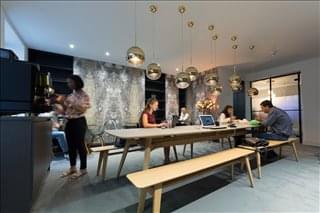 Worktables, seating, boardroom furniture, shelving, light fixtures, and anything else one might look for within a trendy, upmarket... More info 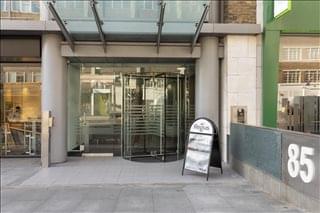 This contemporary, glass-clad building at 85 Tottenham Court Road is home to media, public relations and communications firms. In addition to a total 29,000 sq ft of fully managed, air-conditioned, furnished office accommodation spread over four floors, the building also has a decked roof terrace for events.

Amenities include a shared reception area, meeting rooms, break out areas, and administrative support in addition to... More info

We can help you find office space on Tottenham Court Road that is available now, at budget friendly rates. View our Central London serviced offices in business centres, shared coworking spaces, single occupancy hot desking solutions, storage units, conventional office leasing and virtual address options. Our professional consultants are on hand to find your business the perfect Tottenham Court Road address, on flexible terms, to suit your specific needs, at a price you can afford.

Tottenham Court Road is a major shopping street and retail remains a major economic driver in the area. Many of the retail outlets along the street are consumer electronic shops, including retailers providing computer components and audio-visual systems. The growth of e-commerce has reduced the number of electronics stores in the area, although they remain significant. Several furniture shops still sit along the northern stretch of Tottenham Court Road. The area also has a number of marketing, communications, public relations and media businesses.

Centre Point is the West End's tallest building and one of the Tottenham Court Road area's most recognisable landmarks. The 33-storey office tower includes a nine-storey block with shops and maisonettes as well as offices. The buildings occupy 101-103 New Oxford Street and 5-24 St Giles High Street close to Tottenham Court Road tube station. Originally built between 1963 and 1966, a major refurbishment project began in 2015 to convert much of the building into luxury flats.

Many office buildings along Tottenham Court Road share ground floor space with retail outlets. Glen House is a converted industrial building that was originally built in 1913 for the Bosch Magneto Company. The five-storey building now provides office spaces at 200-208 Tottenham Court Road for a range of companies, including space for the head offices of women's clothing retailer Lipsy.

Tottenham Court Road serves as a border between Bloomsbury and Fitzrovia, two trendy areas of Central London. Fitzrovia is known for its unique and artistic character while Bloomsbury maintains a village-like feel that has long been the home of intellectuals and artists. The road also links Soho and Somers Town.

Running from St Giles Circus at the junction of Oxford Street and Charing Cross Road to Euston Road, Tottenham Court Road is a one way system about three-quarters of a mile long (1.2km). The southern end of the street is close to the British Museum, while University College London and University College Hospital are close to the north end.