Find serviced offices to rent in Westminster, London SW1 now with London Office Space. Our selection of private offices and shared workspaces are available now, complete with a wide range of amenities, for one all-inclusive price. Choose from the variety of spaces found below, fill in the Quick Quotes form for more information, or call us now on 020 3965 9617 to talk to one of our knowledgeable experts about finding the perfect commercial property to rent in Westminster. 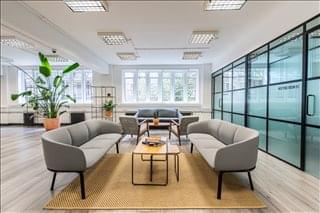 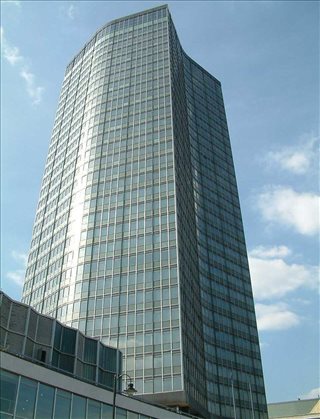 Located at 21-24 Millbank, Westminster, this Grade II listed skyscraper houses a business centre offering premier office solutions. Whether you are a start-up or a larger company, there are a range of competitively priced furnished office spaces at this landmark commercial property. A variety of open-plan spaces are available and offered with flexible terms that are catered to your needs. Business centre facilities at this iconic... More info 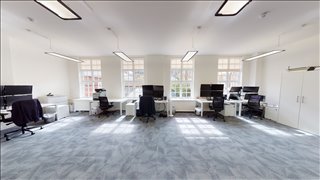 The available office accommodation is arranged as a mix of open-plan desks and meeting rooms. The building is accessible 24 hours a day, making it a great place to work, not matter what your working hours are. The office space is well connected with many modes of transport links all found within walking distance including the nearby St James Park tube station. Also within walking distance you'll find a number of bars, cafes and restaurants... More info 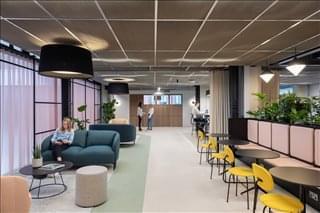 Located in the heart of Victoria, these serviced offices offer a new and innovative way of working. The aim is to deliver freedom to the business by introducing an abundance of flexibility into the space and providing a high level of service and support. The team here have members set up and ready to work from day one, with an exhaustive range of amenities and services, including dedicated fast connectivity. Tenants can also take advantage... More info

Reasons to Rent in Westminster, London

Westminster is at the heart of the UK government. The Houses of Parliament are housed within the Palace of Westminster, while some of the most important government ministries are based along Whitehall. The Department of Health, the Department of Work and Pensions, HM Treasury, the Foreign Office, Cabinet Office, and the Ministry of Defence are based in Whitehall. The Wales Office, the Scotland Office, and 10 Downing Street are also in the area - as well as both the Department of Transport and the Home Office, which can be found on Horseferry Road.

Several businesses and organisations that work with government are also found nearby, including the Local Government Association and Companies House. In addition to government-related businesses, Westminster is also home to companies in a wide range of other sectors, including fashion, marketing, telecommunications, financial services, and more. Some notable occupants in the area include the head offices for Burberry and Channel 4 - as well as corporate offices for Experian, Ciber, and Chime Communications.

The presence of Buckingham Palace, the Palace of Westminster, Westminster Abbey, Westminster Cathedral and other major attractions also make the area an important tourist destination. Some of London's largest and most important conference venues can also be found nearby, including The Westminster Conference Centre at 1 Victoria Street, the Queen Elizabeth II Centre, and Central Hall Westminster.

Commercial Property to Rent in Westminster

The main commercial street in Westminster is Victoria Street, a road boasting a great selection of shops, restaurants, and offices. Some notable commercial property locations include...

About Westminster: Past & Present

From law-makers to tourists, Westminster attracts thousands of workers and visitors each day and is one of London's most famous areas. While the City of Westminster encompasses a wider area that includes Mayfair and Soho, the smaller area of the same name is an important government and commercial district. Bound by St James's Park to the north and Pimlico to the south-west, Westminster straddles the north bank of the River Thames. Boasting some of the capital's most iconic landmarks such as Westminster Abbey, Westminster Cathedral and Buckingham Palace - as well as great views of the Palace of Westminster, Big Ben and the London Eye - Westminster is a highly sought-after location that is steeped in history.

The original Palace of Westminster was built during the eleventh century and served as a royal residence until a fire destroyed much of it in 1512. The Parliament of England have met at the palace since the thirteenth century, although the site became its dedicated home along with the Royal Courts of Justice only after the fire. Another fire later destroyed the majority of the medieval palace, and the current Gothic Revival style building was completed between 1840 and 1870.

Founded in the tenth century, Westminster Abbey has been a place for royal coronations, weddings, and burials. Construction on the current church started in 1245, although the structure has been altered and expanded at various times over the centuries.

Commuters can conveniently access the area via the Westminster, St James's, Pimlico and Victoria station as well as from numerous bus routes. Other nearby stations include Green Park, Piccadilly Circus, Leicester Square, Covent Garden and Charing Cross mainline and underground stations. Westminster's excellent connectivity options all combine to easily connect the area to other popular transport hubs, landmarks and commercial centres, both close by and further afield, such as Kings Cross, Waterloo, Regent Street, Camden, Trafalgar Square, The City, Canary Wharf and Heathrow Airport.