Croydon is one of the largest commercial hubs in Greater London. Home to over 14,000 companies, Croydon is a strategic location that serves as a gateway to both London and the South East. Our experts are on hand to help you find the perfect office in Croydon at an affordable and all-inclusive price. 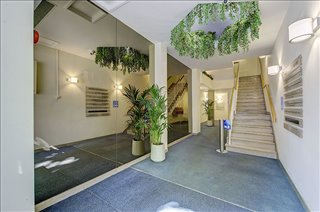 A modern, air conditioned office building behind a highly attractive Edwardian stone façade with central atrium and spacious entrance reception. The versatile individual office suites have good natural light, LED lighting and double glazing. A tailor-made, turn-key office solution giving you your own private suite, with your choice of layout, furniture and dedicated IT services, on terms from two years at a fixed all-inclusive monthly... More info 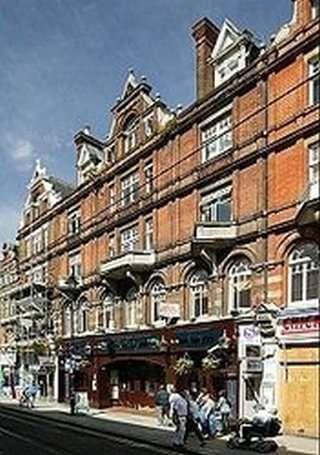 Part of an older style five-storey terrace, this center offers a small number of light and spacious offices with full, modern facilities. All offices have windows, and space is rented by the room, rather than by number of desk spaces. More info 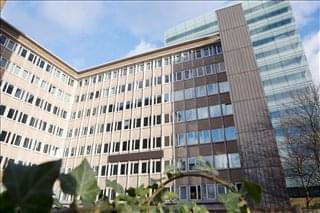 This business centre at Davis House, 69-77 High Street, Croydon, Surrey CR0 provides fully furnished and serviced offices at affordable prices in central Croydon near the town center's shopping centre and a 5 minute walk from East and West Croydon train stations. The property can also be accessed via the Robert Street entrance. 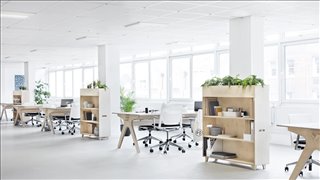 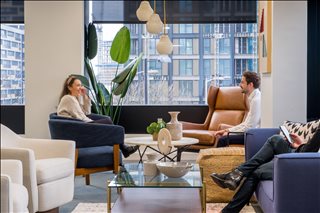 Welcome to the workspace, the best building in Croydon. Having recently undergone a multi-million pound refurbishment focusing on the customer experience onsite, the centre think clients might have just found their new home from home. The workspace have thought about absolutely everything from the friendly welcome you receive on reception to the towel service in the centre basement shower and changing facilities. Fancy working out at... More info 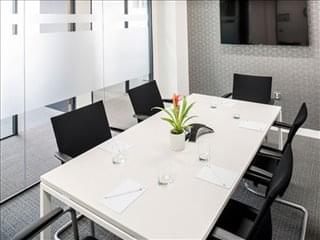 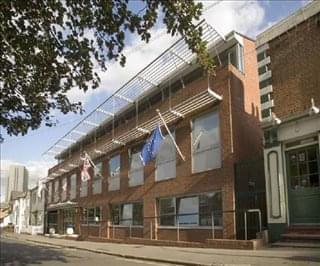 With office spaces designed to accommodate up to ten people, this commercial property at Southbridge Place, Croydon CR0 offers flexible furnished offices for short and longer-term rentals with all-inclusive pricing.

These offices for rent in Croydon, London come with call answering, air conditioning, car parking and are 24hour accessible. Each space is fitted with broadband and telephone access points. There is a café at... More info 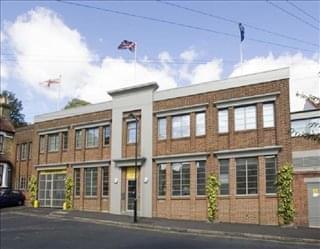 Each self-contained space in this serviced business centre is... More info 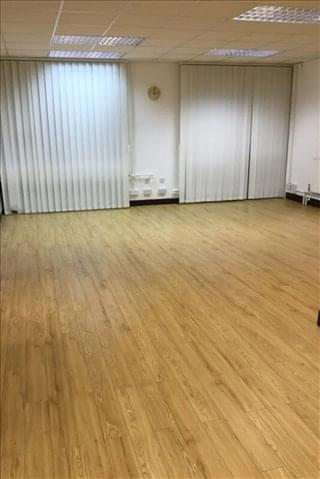 This listing offers high quality office space, located in the heart of central Croydon. There are a variety of office suites available spread over four floors, ranging in size from 112 sq ft to 1090 sq ft, suitable for teams for any size up to 20 persons. The largest office suite also has a manager's office. The building has a wealth of amenities including; air conditioning units, kitchen facilities on each floor and super-fast WiFi.... More info 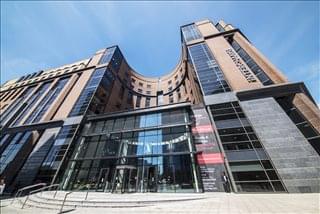 This centre provides contemporary, flexible workspace in the wonderfully well-connected business hub of Croydon. The space is located on the second floor, where large windows flood the workspace with natural light, helping to aid productivity. Serviced offices are available, as well as co-working, both of which benefit from business-quality, reliable wi-fi, complementary tea and coffee, and meeting rooms which are easy to book. A business... More info 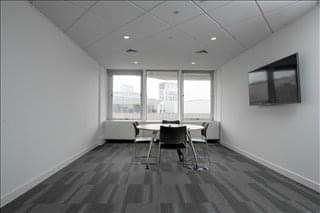 Opened in 2015, this Croydon-based centre spans two floors and offers a range of workspace options. The centre has both hot desking options, as well as three available units ranging in size. An exciting proposition for all kinds of business - from smaller start-ups to larger SME's - the centre offers a vibrant atmosphere and a wealth of amenities. The centre's 24-hour access means that tenants can ditch traditional working hours and set... More info 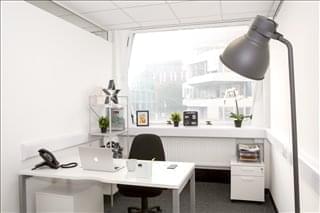 Based in Croydon and housed in a stylish and distinctive building, this new centre provides an exciting proposition with a wealth of amenities. With its unique hexagonal windows, the space benefits from an abundance of natural light making for a productive environment. The centre's dedicated business lounge also provides a space for tenants to catch up with colleagues. The centre is also accessible 24 hours a day, allowing tenants to adhere... More info 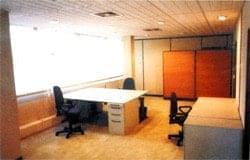 This recently constructed building has floor-to-ceiling tinted glass windows, providing natural light throughout. It has been furnished with modern fittings and offers a contemporary work environment for both small and larger businesses. Services and facilities include furnished office suites, free street parking, communication systems pre installed and a flexible lease term. More info 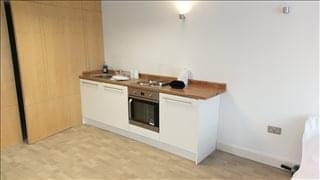 The centre has just opened a new office that would comfortably hold up to four people. It's a spacious work space that offers a lot of natural light, air conditioning and good views from large windows. Modern furnished floors, offer a comfortable and welcoming environment to work from. The centre is well established and has experienced staff who will do all they can to ensure running a business goes as smoothly as possible. The office is... More info

Light industrial units, workshops and studio units are also available for businesses looking for versatile commercial space for rent. There is lots of free car park spaces and... More info 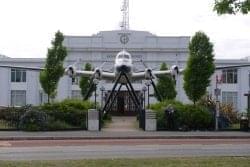 With a rich aviation history, Airport House offers business high-quality office accommodation within a unique setting in Croydon. The 75,000 sq ft building is home to more than 300 businesses from a diverse range of sectors. Options at Aviation House include serviced offices, shared workspaces and virtual office for rent. Offices are furnished with contemporary furniture and fitted with state-of-the-art technology, including high-speed... More info 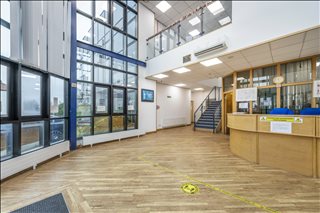 This business centre is a modern, glass-fronted building with a professional working environment that will suit any sort of business. The offices are fully furnished and well equipped with modern facilities. The offices are bright and welcoming with LED lighting where members can feel like home. This workspace provides plenty of features including a number of outstanding services and facilities including fully furnished serviced offices,... More info 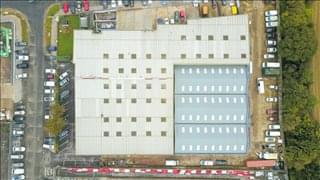 We have an extensive commercial property portfolio in South London, offering private serviced office suites, flexible workspaces, and conventional offices for lease. Our London office search service is completely free to use, and our advisors are on hand to go that extra mile in finding the perfect business space at cost effective rates. Available amenities include meeting rooms, temperature controls, car parking, stocked kitchens, and high-speed WiFi. Browse the range of private and shared spaces listed above, search for serviced office space in Croydon using the search box, or call us on 020 3965 9617 to find out more about flexible office space for rent in Croydon.

The city's status as a remarkable business centre began in the 1950s, leading to a considerable amount of office stock being built in the following two decades. Approximately 20 per cent of all office relocations that took place during that time involved businesses moving from central London to Croydon.

New office developments have been few and far in between since the 1990s, however, due to the large amounts of space built in previous decades, Croydon remains the third-biggest business district in Greater London and is known for the strength of its entrepreneurial force.

Croydon has more than 500,000 square feet of office space with most of the offices in the area surrounding West Croydon railway station, mainly on Wellesley Road where there is a cluster of office buildings occupied by several government agencies, as well as international banking, insurance, and communications firms. There's also a smaller cluster of offices in the Fairfield area.

Although Croydon has lost some of its office stock to residential conversions, the City's masterplan contemplates the addition of office space in areas near East Croydon train station and New Town through a series of refurbishments, redevelopments, and conversions.

Why You Should Rent Croydon Office Space

Formerly a bustling market town, Croydon is currently one of the largest commercial hubs in Greater London. Over the decades, the city's business environment has transitioned from a reliance on manufacturing to the adoption of a service-based economy, and eventually the incorporation of high-growth industries such as engineering, construction, and the TMT sector (technology, media, and telecommunications).

Today, more than 14,000 businesses call Croydon home, a figure that has been growing steadily since 2011 as a result of the rise of the tech sector, which has been driven by the relocation of companies that were previously based in Shoreditch and the Silicon Roundabout.

Croydon offers a strategic location, serving as a gateway to both London and the South East. Local business owners and workers can easily reach the British capital by road.

Another reason that the area appeals to business owners is the low costs associated with office occupancy, which can be more than 50 per cent lower than in Central London. This factor, along with Croydon's skilled local workforce, is turning the city into an increasingly attractive destination for business owners who require affordable office space and access to a talented labour pool.

The area is home to 3 train stations, West Croydon, East Croydon and South Croydon, as well as an abundance of bus services. In addition, you can access Gatwick airport in fifteen minutes.