We have a wide variety of office spaces to rent in Dartford. Many of the serviced offices and coworking space with meeting rooms are available on flexible terms, including furnished offices on a full service package - with all-inclusive pricing in Dartford's town centre - as well as many workspace options located in business and industrial parks. 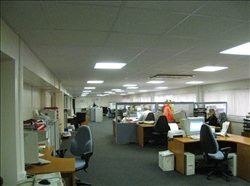 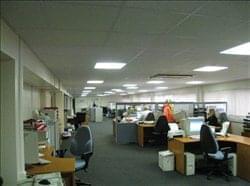 London House on Thames Road, Crayford, Kent, DA1 offers serviced office space for rent with all inclusive pricing. The furnished offices are available in a range of sizes and configurations.

This superb location in Crayford, between Dartford and Bexleyheath, offers great connectivity via train and bus services; including the nearby Slade Green and Barnehurst train station on the North Kent line. Road access is equally accessible... More info 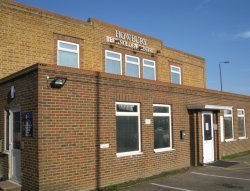 This centre offers a variety of modern, well-presented offices and workshops close to Slade Green station. The workspaces are suitable for companies at any stage of their business development, but offered at budget prices and with flexible lease terms. The centre's inclusive packages mean that tenants pay a one-off monthly or quarterly charge and allowing them to take care of the rest, leaving the client to concentrate on their business.... More info 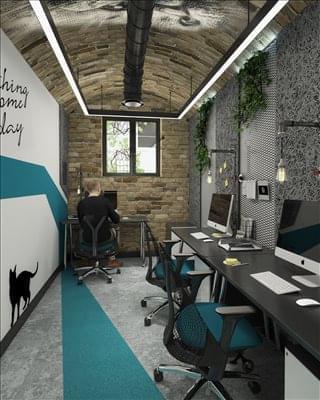 Enterprise House at 8 Essex Road, Dartford DA1 has modern offices available in a beautiful period building in the heart of Dartford. The town centre location puts you a short walk from local high street amenities including Prospect Place shopping centre and the Orchard Theatre for community arts performances.

This commercial property is a five-minute walk from Dartford rail station with quick access to Central London and other... More info 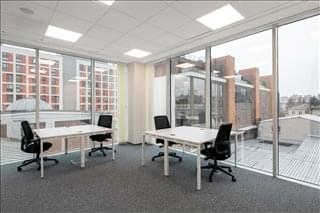 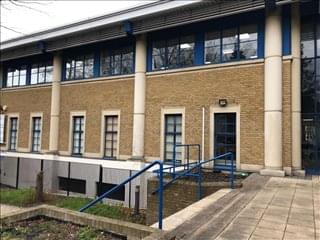 Conveniently close to Dartford Crossing, this centre has been designed to meet the demands of any modern business, in a business community where companies grow together. Private and serviced office solutions are available, equipped to cater to all needs, with essential modern amenities including meeting rooms, administrative support and fast Wi-Fi. This newly refurbished centre provides a great platform for any business to flourish with its... More info 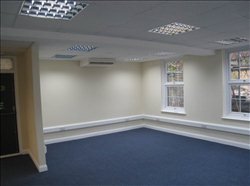 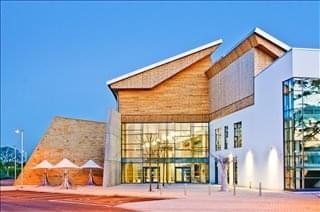 This business centre is a great space that has been designed to meet the demands of any modern business. Private offices, meeting rooms and serviced office solutions are available and equipped to cater to all business needs, in a community where companies grow together. The newly refurbished centre provides a great platform for any business to flourish with its cost-effective, flexible workplace solutions. The business centre provides... More info 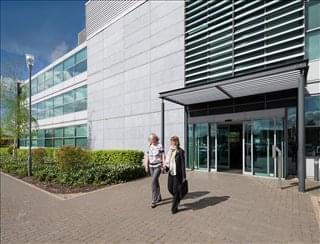 The Nucleus Business & Innovation Centre is based at Brunel Way, Dartford DA1, near Dartford Crossing. The Bridge is a mixed-use development for knowledge-based industries within the Thames Gateway. Nucleus offers contemporary serviced offices to rent ranging from 132 to 2,000 sq/ft, ideal for companies with up to 15 employees. Serviced offices are fully equipped with air conditioning, bike racks, furnishings (if needed), fully stocked... More info 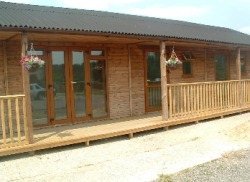 This centre was built in 2006, and offers serviced office solutions to high modern standards. Features and amenities available include a mailing address for your business, 24 hour access, reception services, double-glazed windows and doors and a large private car park. Set in a stunningly scenic rural location, and with a sun deck balcony to take advantage of the views, this centre is ideal for established businesses and those starting out. More info 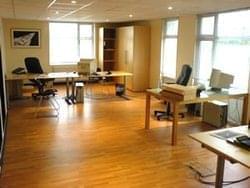 Managed and serviced offices at this property deliver flexible office solutions that allow businesses to move in quickly. Choose a small to medium sized office for rent starting from 75 sq/ft.

Situated on Princes Road in Dartford, this purpose-built office and storage space facility offers businesses unrivalled transport links. The property is immediately east of the A282 road, which links the M25 motorway to the north and south... More info 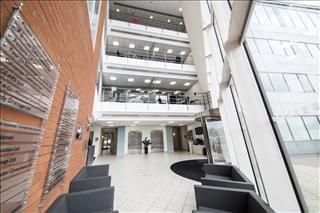 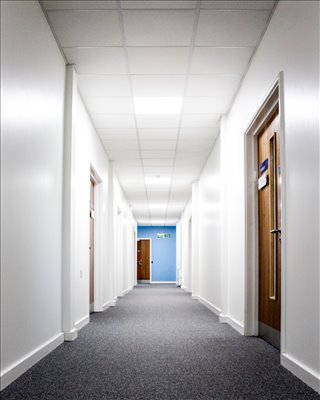 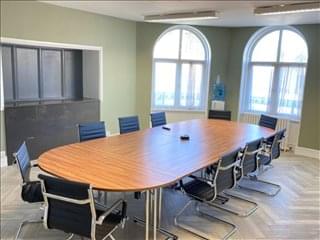 This workspace is the best business hub in the area, within the prestigious setting of a grand Grade II listed building built in 1772. Newly launched serviced office solutions and meeting rooms at this prestigious setting offer clients a professional and high-quality environment. Making this a base of operations allows clients to be part of a vibrant business community with the opportunity to network with a local group of companies. An... More info 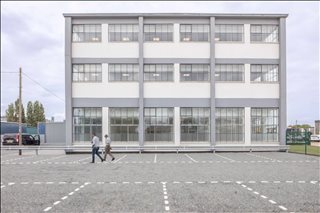 This centre provides a spacious modern workspace and meeting rooms with all the required instruments for seamless working. Features include the latest telephone systems, dedicated superfast broadband, a fully air conditioned workspace, and many other facilities. The centre is accessible 24 hours a day, so the clients can work flexibly. This workspace is located in a gated, secure estate, with onsite security and CCTV, and has excellent... More info

We feature a range of commercial property types including shared workspace & desk rental, coworking space, light industrial units, warehouse units, short term office spaces, serviced and private offices, and other self contained workspace for rent. You can search through the office spaces above, or call us now on 020 3965 9617.

Why You Should Rent Office Space in Dartford

Over the centuries, Dartford in the borough of Dartford in the United Kingdom has gone from being an important industrial hub in the South East of London to becoming a thriving town supported by a diversified economy. Transportation, distribution and logistics have always been crucial business sectors in the Dartford area due to the borough's location near the River Thames. Today, these sectors remain important, as there are several distribution and warehousing centres in the area, mostly around Masthead, Edison's Park, and Newton's Court.

Dartford’s growing population, helped by affordable house prices - given its relative proximity to London City Airport and Central London, has contributed to continual improvements to the local economy. The labour market of this borough has especially benefitted, which now boasts above average employment levels. In turn, this means that the local business community benefits from access to a qualified workforce.

Historically a market town, retail is still a dominant industry in the London borough of Dartford. Many available office locations are close to at least one shopping centre, as well as myriad dining options. There has been recent growth too in Dartford’s community arts scene, with the Orchard Theatre and The Mick Jagger Centre being popular focal points of activity. All in all, Dartford is home to nearly 4,500 businesses, and this figure has a general growth pattern year-on-year.

The majority of the available private offices, coworking space and serviced office space to rent in Dartford comes in various size units, is modern, and comes with all the amenities, services and fixtures that a business could need to thrive. Features like air conditioning and heating, meeting rooms, bike racks, stocked kitchens, storage space and support services like administrative support, IT and reception services are all commonplace, as is secure, 24 hour access.

The vast majority of workspace in Dartford is second hand or refurbished, and available office units are quite spread out in out-of-town locations, although serviced offices are a popular option for those who prefer High Street locations closer to the town centre.

There is a substantial amount of office space in business parks, which mostly offer office units of up to 5,000 sq/ft. As in other parts of Kent, demand for coworking spaces and serviced office space in Dartford business parks is robust and unlikely to slow down, as the availability of modern office units in the Dartford town centre is rather limited. Adding to this shortage are the multiple commercial-to-residential conversions that have resulted in further reductions to the available office stock.

The Dartford railway station provides high speed links into Central London and stations such as Waterloo, Charing Cross, Cannon Street and London Victoria. Other nearby train stations servicing the Dartford area, and providing transport links to London and the wider United Kingdom, include Crayford, Slade Green and Stone Crossing train stations. The area is also serviced by numerous local bus routes as well as having close access to a number of major roadways including the A2, A282 and A206.