We have a fantastic range of office spaces in and around Uxbridge. These include conventional office spaces, serviced office space, furnished business centre space, flexible commercial property options, hot desking facilities, and friendly shared workspace options. Use the Quick Quotes form or call us on 020 3965 9617. 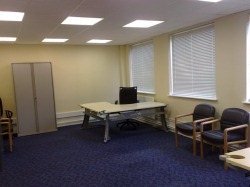 Good quality serviced offices are available at this business centre for small- and medium-sized businesses. This commercial building is a great base for start-up and growing businesses, offering spaces that are ready to occupy. Spaces are also well-suited for businesses looking to set-up a satellite or project office, including for short periods. The location is ideal for accessing road, air and rail transport options. The M40/A40... More info 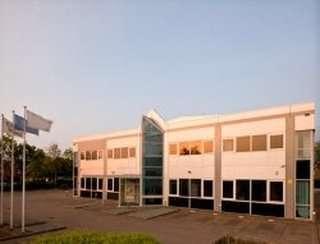 Fully refurbished private and shared office suites are available on flexible terms, benefiting from a staffed reception area, lounge rooms and meeting rooms, on site parking, communications and IT systems, and more. 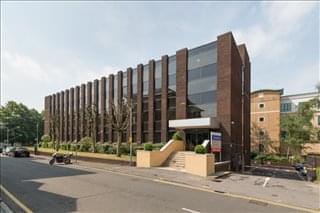 With over 28,000 square feet of modern office accommodation, the business centre at Boundary House, Cricket Field Road houses fully-managed offices from 100 to 4,000 square feet. Larger spaces of up to 10,000 square feet can also be customised at this four-storey office building.

The centrally-located property is moments from Uxbridge High Street, a vibrant shopping destination with lots of places to shop and eat. There are also... More info 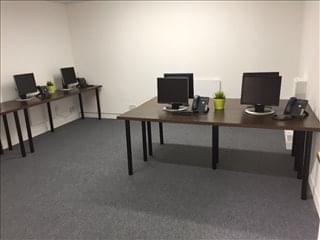 Located next to Frays River, the building offers an excellent location for start-up and small businesses. Uxbridge Town Centre and Underground Station with easy access into Central London is just a 10-minute walk, as is the Bus Station. London Heathrow Airport is just a 15-minute drive. Offices suitable for one to eight people which can be furnished or unfurnished. The entire building is unbranded, with high-speed internet access,... More info 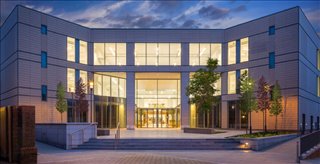 This centre is located in the heart of Uxbridge. It provides first-class, flexible accommodation for growing businesses and those needing extra space. You are able to simply book the workspace that you need online in order for this centre to suit your needs. This centre benefits from: reliable, high-quality WiFi; free tea and coffee to keep you going throughout the day; high quality, modern workspaces; and admin staff to hand. Serviced... More info 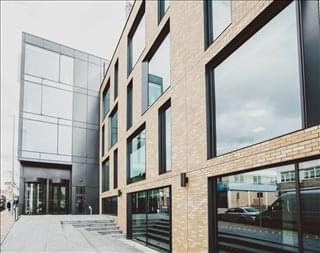 Targetting a BREEAM "Excellent" rating, the Belmont office building offers over 124,000 sq ft of premium office space in Uxbridge town centre. All 7 floors have been arranged around a sky-lit atrium with the available space providing furnished, open plan private offices ranging from 100 to 20,000 sq ft. The centre also has meeting rooms with video conferencing facilities and offers virtual office packages for those who don't need full time... More info 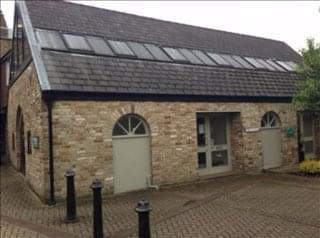 The centre is located in a vibrant area in the heart of Uxbridge. A great deal of love and careful attention to detail went into building the airy, spacious and elegantly furnished rooms. The centre hopes to create an atmosphere of tranquility and privacy where you will enjoy working. The space offers flexible rates, as well as discounts for longer term lets. More info 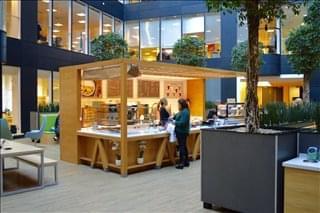 Based in the heart of Uxbridge, this new space is an ideal home for your business. Housed inside an impressive building, tenants will find a welcoming reception area to greet them, professional meeting rooms, and an impressive central atrium which basis its design on an 'open park' theme with communal areas and an onsite cafÃ©. There is also a range of breakout space available. The centre boasts two floors of fully furnished space, that... More info 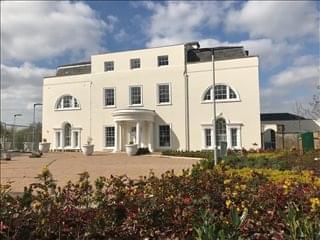 This listing is located in the highly sought after location of Uxbridge. The office building offers newly refurbished, high-quality office accommodation, located in a historical building with original features. There are over 1,300 homes and various fantastic amenities currently being built in the surrounding vicinity. The available offices have very modern fit-out and come with excellent facilities. The office units are available on a... More info 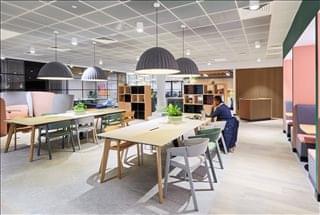 Located just a short walk from Uxbridge town centre with 50 acres of parkland - you'll find this location to be a spacious, stylish and flexible office space. A stunning contemporary design has been combined with premium quality furnishings and beautiful artwork to create an inspiring workspace for you and your team. Complemented by pods, phone booths, meeting rooms with high spec AV and relaxing breakout spaces to provide an agile business... More info 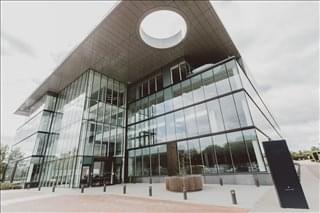 Located in the heart of Stockley Park, this new development consists of 24,000sqft of prime, Grade A space. This modern, flexible environment comes fully furnished and boasts relaxing breakout spaces and professional meeting rooms. Tenants will undoubtedly be impressed with the centre's grand entrance â€“ including a four-storey atrium â€“ and the floor to ceiling windows, enabling lots of natural light within your working... More info 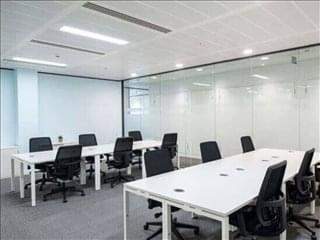 Where to Find Office Space in Uxbridge

Harman House was built in 1985 on the site of Harman's Brewery along George Street. The landmark office building houses modern Grade A office suites from 1,000 square feet to 13,989 square feet. It is located next to the Intu Shopping Centre and the High Street, which has a range of shops and restaurants.

Other landmark office buildings close to the town centre include The Atrium at 1 Harefield Road. The Atrium is a six-storey office complex with an on-site café and gym. The Atrium has office suites of between 3,670 and 8,080 square feet.

Overlooking the Grant Union Canal is the Highbridge Industrial Estate. Bosch and NetApp are some of the businesses with offices and other operations within the estate, which sits immediately west of the town centre. Cisco and Xerox also have offices adjacent to Highbridge.

The Uxbridge Oxford Road business centre within the industrial estate is operated by Regus. In addition to serviced office space, it features meeting rooms, an outdoor terrace, breakout spaces, showers and bicycle storage. The business park is a base for large and small businesses in pharmaceutical, biotechnology, food, professional services, technology and other sectors.

Offices are also found at the Uxbridge Business Park, offering contemporary and spacious office accommodation in a tranquil and rural setting. A dedicated shuttle bus links the site with Uxbridge's town centre and tube station, connecting the area to central London.

Uxbridge has a rich history. It served as a base for the Parliamentary Army during the English Civil War and was the site of negotiations with Charles I. The Crown & Treaty, a sixteenth century pub that played a major role in those talks, still stands today. The Battle of Britain Bunker at RAF Uxbridge is also found in the area. The site was where air defence for England's south-east was coordinated during the Battle of Britain and was used during the D-Day landings towards the end of the Second World War.

The west London town is now the administrative heart of the London Borough of Hillingdon. A major economic and urban centre in Greater London, Uxbridge has long been a commercial hub and was an important market town in the early nineteenth century thanks to its position along stagecoach routes between London and Oxford.

Uxbridge Underground Station provides links to the rest of the London travel network, and multiple bus routes are also available to commuters.

Companies with Offices in Uxbridge

Uxbridge is a significant commercial and retail centre in west London. Retail is focused at The Pavilions and Intu Uxbridge shopping centres, as well as the town's pedestrianised town centre. In addition to retail outlets, the town centre has several commercial properties that house the European and UK offices of several international companies.

Other major employers include retailers and manufacturers F. Hinds, Coca-Cola and General Mills, global data storage and management company NetApp, and Canadian oil and gas company Nexen. The town is home to Brunel University and a campus of Buckinghamshire New University.