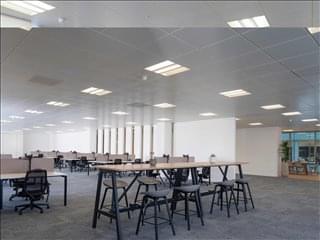 This business centre provides West End quality office accommodation in a mixed and mature park environment. Already home to Bechtel, Spaces and Life Residential, the building provides an exceptional opportunity to businesses that want to provide staff with the very best of both worlds. The building not only provides impressive landscaped grounds surrounding the building but also a newly refurbished reception provides an inviting... More info

This centre is a great space that has been designed to meet the demands of any modern business. Modern glass-fronted structure with air-conditioned offices spread across six storeys. Offering flexible working space as well as flexible lease and/or licence terms available. The centre can accommodate larger or smaller companies. Offices are well-facilitated with kitchen areas, showers, air-conditioning, lifts and double glazing. The site... More info 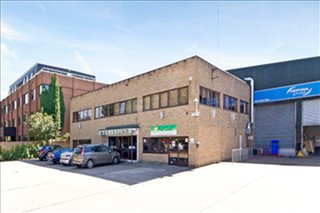 In addition to serviced offices and hygienic work units, this business centre is also home to high-quality commercial kitchens. Modular kitchens are perfect for start-up and established businesses looking to keep their capital costs down. They are designed with everything you need to get started, including ventilation, drainage, hygienic surfaces and waste collection. Since the kitchens are free of equipment, you can customise the space for... More info 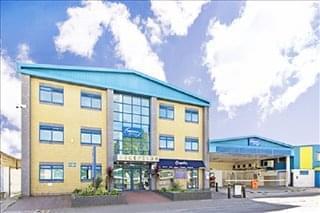 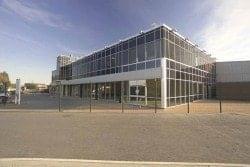 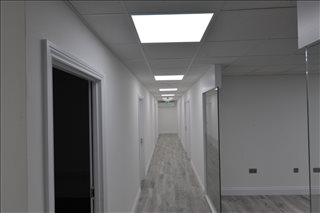 Base your business in the hyper-connected Park Royal, and join a vibrant community of like-minded professionals. You can't help but be inspired in these contemporary, design-led offices with natural light in abundance and a friendly team of staff. This ultra-modern office space has been carefully designed to boost productivity. Plugin and stay productive thanks to high-speed Wi-Fi and a range of flexible spaces to suit your needs, from... More info 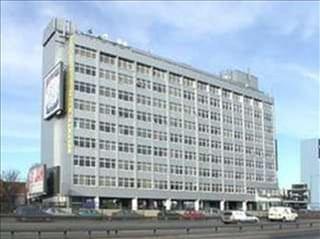 This recently refurbished building offers comfortable, tailor-made office space to suit your exact requirements, on flexible terms with very competitive rates. The property is arranged over a ground, and nine upper floors. Offices are offered as large- open-plan layouts, or partitioned smaller units that are ready to move in to. There is an extensive range of support services, and an experienced local workforce available. Single-person... More info 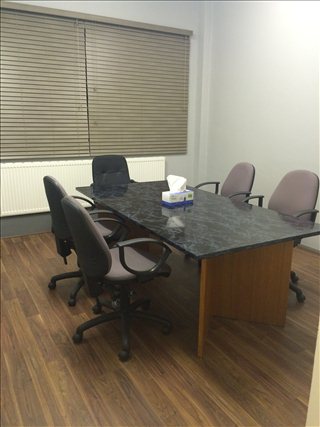 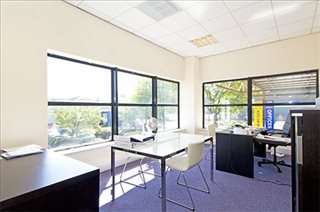 This office building on Acton Lane comes with a full business service package, offering hot desking options which are ideal for freelancers and entrepreneurs looking for office space in a vibrant working environment, with no commitments and easy budgeting options. Offices come fully furnished and equipped to a very high standard, providing everything your business needs to move in immediately.

Amenities for this office space are... More info 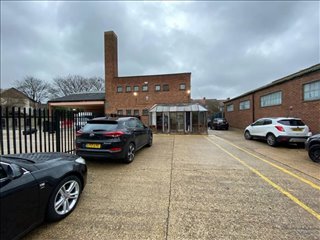 Two offices which are located on the first floor of a main building available for occupancy immediately! This location is perfect for a business related to motoring, tech startups, or professionals such as lawyers, accountants, estate agents, etc. The space is surrounded by large windows that fill the space with natural light that creates a great atmosphere. Commercial Fibre Optic (DIA) at 100 Mbps is installed providing tenants with very... More info

The centre comprises a mixture of warehousing, light industrial and distribution depots, together with some retail warehousing. There are a number of business parks, trading estates and industrial estates in the vicinity which make up the area known as Park Royal. More info

Park Royal is home to over 2,000 businesses and supports more than 40,000 jobs. The area of northwest London is one of London's largest business parks, covering an area of approximately 500 hectares or 1,200 acres. With a significant concentration of businesses and employment opportunities, it is a key economic contributor to London's economy, with further redevelopments expected to add even more stability.

The Park Royal Business Park is promoted by the Park Royal Business Group, a part of West London Business. Park Royal is a base for small- and medium-sized enterprises as well as larger multinational corporations. It is also a centre of excellence for several sectors, including the food and beverage industry and creative industries. One third of the food consumed in London is produced in Park Royal, where several businesses are active in food manufacturing.

Park Royal is also an important industrial area with car repair and vehicle maintenance, film and prop houses, and logistics companies. Central Middlesex Hospital is also located within the business park and is also a major employer in the area.

The Acton Business Centre includes light industrial units as well as small office units housed within a two-storey building. The centre is close to Gypsy Corner and the A40, providing direct access to the M40 and M25 motorways as well as central London.

Space House provides office space in a business centre environment. Located on Abbey Road in the heart of Park Royal, stylish offices start from 130 square feet in size. Additional office spaces are also found at Oliver Business Park off Oliver Road and Great Central Way. The two-storey building has offices on the first floor in addition to a warehouse space.

Crown House on the North Circular Road is a refurbished building with customised open-plan office spaces across a ground floor and nine upper floors. Tenants range from one-person businesses to global brands. Benefits include 24-hour access and reception, a restaurant and café, boardroom facilities, and fitted kitchens on each floor.

Park Royal Business Centre is a thriving business community of over 2,000 businesses and about 40,000 workers. The centre offers quality office accommodation at affordable rates, with serviced and furnished offices ranging from 75 to 1,000 sq ft.

Park Royal is located within the London Borough of Brent and the London Borough of Ealing. Its name derives from the Royal Agricultural Society's showgrounds, which opened in 1903. Although the showgrounds were short-lived, the area's good transport links by road, rail and canal made it an attractive place for industrial development. From the 1930s, Park Royal emerged as a centre for industry and engineering. Although predominately a business area, there are also residential neighbourhoods around the business park and a range of amenities supporting employers and employees in the area.