South London serviced offices are now available in Southwark, with high spec amenities and all inclusive pricing. View our featured selection below or call 020 3965 9617 to speak to an expert. 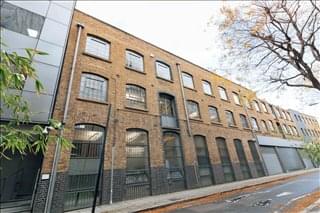 Boundary Row is a modern, self-contained office building on the south side of Boundary Row. With high design specification, it is an open plan office accommodation incorporated into the traditional architecture of the Valentine Place conservation area. The 1st floor offers stylish office space with good natural light, and air conditioning throughout. It is equipped with a fully fitted stainless steel kitchen and secure cycle storage. In... More info 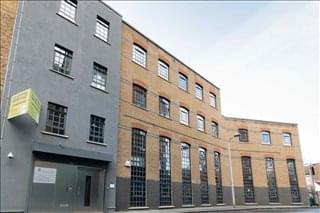 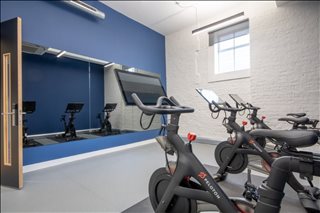 More than 60 offices and studios are available with furniture and state-of-the-art telecoms, including high-speed internet and a VoIP telephone system. Among the three meeting rooms that... More info 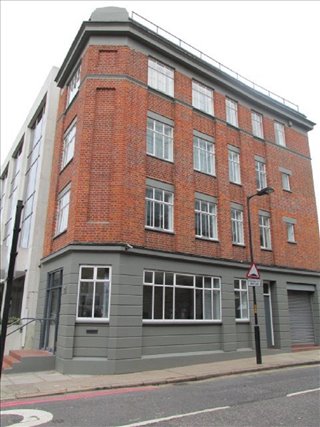 Providing four floors of furnished workspace in the heart of Southwark, 202 Blackfriars Road has just over 2,100 square feet of office and ancillary accommodation across three upper levels and within the lower ground and ground floors. Open floorplans are blessed with lots of natural light throughout the building, which has been fully refurbished to provide high quality spec office spaces with air conditioning. 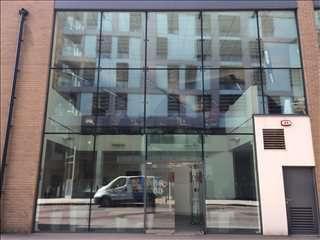 Up to 7 desks to rent (so groups of 2-3 welcome) in a fabulous contemporary office close to Waterloo and the South Bank. The office is very comfortable - heating/air-conditioning, with full IT facilities and meeting rooms. It is a really buzzy, creative environment occupied by a marketing and creative award winning media planning and buying agency. More info 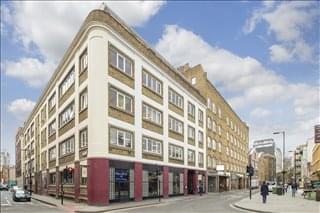 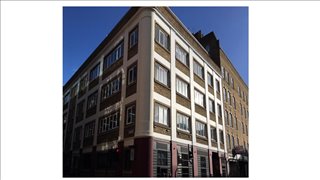 A tailor-made, turn-key office solution giving you your own floor with its own private entrance and your choice of layout, furniture and dedicated IT services on terms from two years at a fixed all-inclusive monthly cost. Own private floor Workstations plus kitchen, meeting rooms and informal break out area Personalised fit-out and furniture with your choice of configuration Private entrance off Copperfield Street with its own passenger... More info 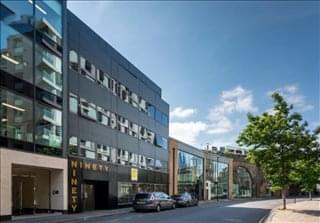 This sleek front building lies on the west side of Great Suffolk Street, midway between Waterloo and London Bridge Stations. With exposed cooling units, suspended LED lighting, and a consecutive stream of windows offering natural light. The space is contemporary and seamless in design. The centre offers serviced offices with meeting rooms that can accommodate teams of different sizes. Clients get their own fully furnished office space with... More info 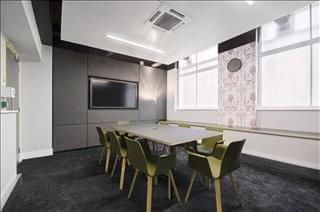 This property presents smart office space just off Blackfriars Road on Union Street, SE1. There is plenty to do and see in the Borough of Southwark with the Tate Modern and Shakespeare's Globe Theatre nearby, as well as numerous other museums, theatres and art galleries. Current office suites available here range in size from 500 sq ft to 820 sq ft. The space has excellent on-site amenities available to tenants, including a cafe, a... More info 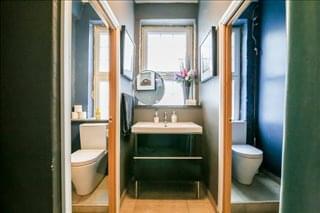 Located 6 minutes from Southwark station, No 1 Silex is an industrial-era building that was formerly a printworks, and dates from around World War One. Its interior exposed brick walls, laid in English bond, have been sandblasted back to their original state â€“ warm, light-brown and pinkish. The sash window frames and their deep sills remain, with updated double glazing; and the high ceilings, encouraging excellent air-flow, are... More info 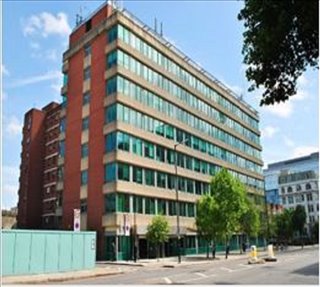 This leased space is available to occupy from January 2020, it has the capacity for around 90 desks per floor, with the building having 3 floors. The exterior of the building is impressive and highly modern; inside the centre is equally as impressive and chic. The centre is equipped with a variety of essential amenities. The location of the centre is outstanding in the heart of central London, a great base for any business. Access to the... More info 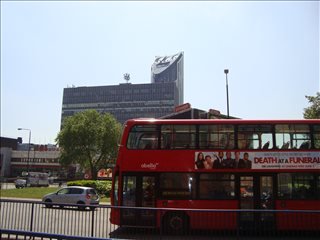 Huge office building in the centre of the Regeneration Area of Elephant and Castle, Central London. The space has excellent transport links and is just a one minute walk to underground station. The centre comprises of five floors of 5,000 square feet each. One of the floors is currently occupied by Laing O'Rourke Construction Company, who build a lot of iconic buildings in London, including Shard. The building has lift access and is located... More info 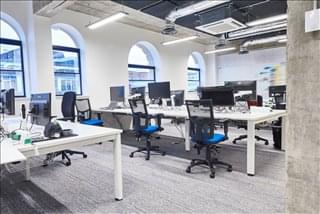 Available now is this open plan fitted out plug and play private office located central Southwark. This office can accommodate up to 35 desks with various meetings rooms already in place providing different ways of working within one setting. The location of the centre is outstanding in the heart of central London, a great base for any business. Access to the centre is ideal with underground and overground stations both being within walking... More info

The self-contained office is designed as an ideal space for smaller businesses and start-ups. It is equipped with reliable high-speed internet and a dedicated telephone system as well... More info 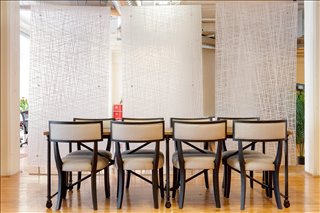 Based in the heart of vibrant Southwark district of London, this centre is comprised of over 16,100sqft of prime space. With full customisation options available, tenants can design the space to align with their brand. In-house architects and design teams will work to your blueprint, in addition to the price including the space itself, furniture, design, Wi-Fi, utilities, cleaning services and beverages. The centre is available with... More info 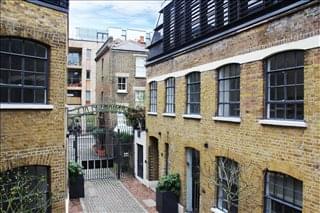 Converted Victorian stable mews in the heart of Southwark offer an exciting new destination for your business. There are four adjoining office buildings set within a private gated courtyard, varying from 323 square feet up to 5,242 square feet. The space is available to rent immediately and is accessible 24-hours a day. The offices have been finished to a high standard and benefit from fantastic natural light, providing a bright, airy and... More info

We can help you find office space in Southwark that is available now, at budget friendly rates. View our Central London serviced offices in business centres, shared coworking spaces, single occupancy hot desking solutions, storage units, conventional office leasing, and virtual address options. Our professional consultants are on hand to find your business the perfect South London address, on flexible terms and at a price you can afford.

Southwark offers businesses excellent transportation links and its proximity to the City of London's financial district makes it an attractive location. From across the River Thames on the South Bank, the area is well-suited for companies that work with legal and financial firms in the City.

Southwark has seen extensive regeneration since the 1980s and many of its factories and industrial buildings have been transformed into new residential and retail spaces. Southwark is also home to a number of modern additions to London's streetscape. Designed by Norman Foster, City Hall serves as the headquarters for the Greater London Authority and the Mayor of London. The London Assembly is also based at the building, which opened in 2002.

The Southwark district includes a major commercial area between the London Bridge and Tower Bridge. The proximity to the West End and the City have helped spur development in the area, which has emerged as a major business centre in its own right.

Adjacent to London Bridge station is The Shard. The 95-storey skyscraper opened in 2012 and is one of Europe's tallest buildings. Resembling a shard of glass, the iconic building has become one of the most dominant landmarks in London's skyline. Tenants include the Shangri-La Hotel and a number of law firms, recruitment consultants, marketing agencies and research firms, media organisations, natural resource companies, and other businesses.

Across from The Shard is The News Building. Opened in 2014, the 17-storey building is home to various News UK operations including The Wall Street Journal, The Times, The Sunday Times and The Sun.

Serviced offices are available at 3 More London Riverside next to London's iconic City Hall. The modern facility includes a business lounge, break out areas and meeting rooms. It also features a restaurant, a sandwich and coffee bar, and a gym and fitness room.

Southwark enjoys a contrasting mix of architecture with brick industrial buildings next to modern wonders. Part of the London Borough of Southwark, the area was once marshland and an ancient borough of Surrey.

Today, Southwark offers stunning views of London's north bank and its many sights, including the Tower of London and St Paul's Cathedral. Located on the south bank of the River Thames, the area also boasts some of the capital's most iconic crossings including London, Tower and Millennium bridges.

The riverside area renowned for its museums and theatres in its own right. This cultural hub is the home of Shakespeare's Globe Theatre and the Tate Modern. It is also the site of the famous Borough Market, one of London's most popular markets.