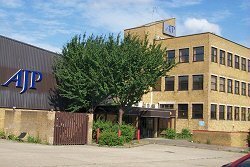 This recently refurbished business centre offers quality serviced offices at affordable rental rates. These tastefully decorated offices are inclusive of all the overheads a business would be confronted with, making it easier to budget for your business. Tenants benefit from a range of amenities and services including meeting rooms, air conditioning, administrative and IT support, high speed internet, secure 24 hour access and free parking. More info 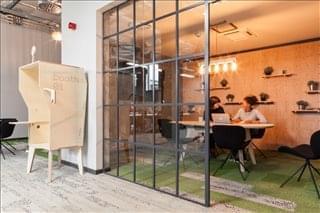 The Collective Old Oak at Nash House is an innovative coworking space and co-living concept that provides a new way to work and live in London. Approximately 10,000 sq ft of shared office spaces, meeting rooms and facilities are available at this beautifully designed building in North Acton.

Whether you are dropping in or need a dedicated office space to rent, this unique community provides a range of membership options for... More info 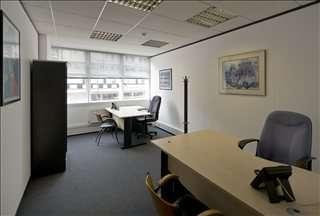 The furnished office suites and meeting rooms at 116-118 Finchley Road are designed to meet the various needs of different businesses. The serviced offices are available on flexible terms, allowing you to adjust your space with little hassle if your business needs change. 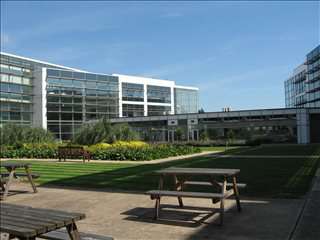 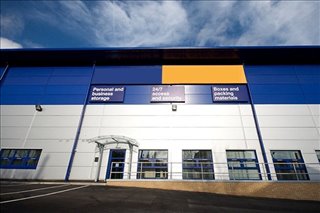 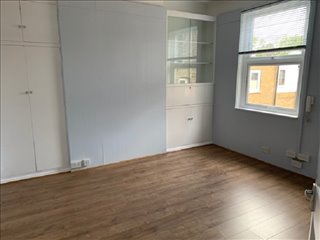 Be the first to occupy the newly refurbished high street serviced offices on Green Lanes in Palmers Green. The building is accessible 24-hours a day, perfect for those who want flexibility to work outside of the regular nine-to-five business hours. The office itself is filled with plenty of natural light, creating a bright and airy work environment. The property boasts a manned reception that offers secretarial services, business support,... More info

North London's economy is dominated by small- and medium-sized enterprises. Smaller businesses provide most jobs in the area, making this region a mainly small business economy. Major sectors in Haringey include retail, wholesale distribution, health and social work, education, and real estate. In Barnet, the largest sectors are professional, scientific and technical as well as health and education. Property and construction and telecommunications are also major employers in Barnet. In Enfield, the food and drink industry accounts for over a third of manufacturing jobs in the borough. Green businesses as well as wholesale and distribution sectors are areas of growth in Enfield.

Barnet Council, Enfield Borough Council and Haringey Council are among the largest employers in North London. North Finchley is currently undergoing regeneration, with the project aiming to boost trade and cultural offerings throughout the area. The UK headquarters for McDonald's is at East Finchley in Barnet, and the head office of the Pentland Group is also located in the borough. Both companies are among Barnet's major private sector employers. Coca-Cola Enterprises, Arla Foods and Warburtons have operations in Enfield, while John Lewis and Marks & Spencer have distribution depots in the borough. Middlesex University is also a major employer in North London, particularly within the London Borough of Barnet. The university has over 17,000 undergraduate and postgraduate students and its main campus is in Hendon.

North London is adjacent to the London boroughs of Camden and Islington, which are generally considered part of Central London. In some instances, these boroughs or sections of them have been included as part of North London. They have also been included within North London in previous London Plans. Camden and Islington are important bases for creative industries, including art, design, architecture and fashion. The boroughs also have strong media and finance sectors.

Most office options in the area are small-scale spaces at or near high street locations. Town centre offices are found in North Finchley, Barnet and Enfield Town. There is an oversupply of office space in certain areas, including Edgware and Mill Hill in Barnet. In these places, large-scale office accommodation is being converted into residential units. The trend in many parts of North London is towards smaller offices for service sector businesses, especially in areas close to town centres. The development of large scale office developments in Central London, including around Kings Cross, will likely further reduce demand for larger office buildings in North London.

There are also large scale office options in North London at flagship business park developments. Lumina Park is a major mixed-use commercial development in Enfield. The business park includes a hotel and various light industrial and office spaces. Business units provide open storage and work spaces as well as office accommodation. The North London Business Park in New Southgate is a modern campus with approximately 382,000 square feet of offices and educational spaces. Options include serviced offices with suites between 250 and 80,000 square feet available with short- and long-term leases.

Why You Should Rent Office Space in North London

Business locations throughout northern London are connected by the intricate and high volume of transport links in the area.

Highbury & Islington transit station, just off the A1 and Highbury Fields, is a major transportation hub north of London, acting as a waypoint for the Great Northern, Overground and Victoria lines. Providing transport links up to Walthamstow, east to Romford, west to Heathrow Airport and down to King's Cross, Highbury & Islington station also hosts numerous bus services.

South Woodford transport interchange is a convenient commuting and travel hub located in London’s north east. Many serviced offices to rent in North London are in the vicinity, and the South Woodford interchange provides Central line tube services to King’s Cross as well as numerous bus services throughout the north of London

Wood Green is another popular area for commerce and residential growth north of London, in the borough of Haringey. Wood Green is serviced by Alexandra Palace station (Thameslink and Great Northern lines), and Turnpike Lane tube station, which provides Piccadilly line services down towards Hampstead Heath and on to Covent Garden and central London.

Broader definitions of North London include all areas of the capital north of the River Thames, including Central, East and West London. Since 2011, the London Plan defines North London as consisting of the London boroughs of Barnet, Enfield and Haringey. Ermine Street, a major Roman Road connecting London with Lincoln and York, ran through North London. Tottenham High Road, for example, was part of the ancient thoroughfare. Roman settlements were also found in Edmonton and Bush Hill Park in Enfield, while Roman-era manufacturing took place at Brockley Hill in Barnet. Much of North London remained rural until the eighteenth century. During this period, large country houses close to London were built in the area. The arrival of railways during the nineteenth century led to rapid development, which transformed North London into the predominately urban character that is seen today.

Major attractions in North London include White Hart Lane, the home of Tottenham Hotspur Football Club. The stadium is in Tottenham, within the London Borough of Haringey. A new stadium with a capacity of 61,000 was completed for the 2018-19 Premier League season. The recent development includes a new hotel, community and leisure facilities, and a new museum and shop complex for the club. Arsenal Football Club is based at Emirates Stadium in Holloway, within the London Borough of Islington. Both teams are major rivals, and the North London derby is among one of the most competitive in English football. Other major sights in North London include Alexandra Palace, Bruce Castle Museum, the Royal Air Force Museum, and Lee Valley Park.