Looking to base your business out of an iconic London location? We have flexible office space to rent in Notting Hill, including creative spaces, private offices and desk space with all inclusive rates and no set up costs. Click on any of the workspaces listed below or call us now to talk to one of our commercial property experts so they can help you navigate the wide range of private offices and shared spaces on offer in the Notting Hill area. 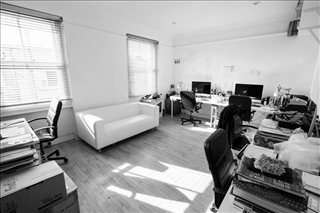 Based in an attractive period building, these serviced offices are ideally situated in Notting Hill West London, near the junction of Portobello Road and Westbourne Grove. The office space has lots of natural light streaming through large windows and beautiful wooden flooring. The workspace are designed to accommodate up to four workstations comfortably, and depending on availability these spaces can be used for larger businesses who need... More info 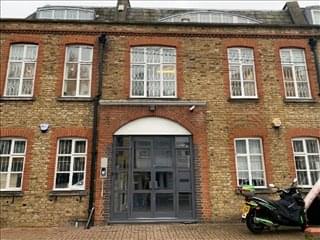 With uncovered cooling units, suspended LED lighting, and a continuous stream of windows offering regular light. The space is contemporary and consistent in plan. With a virtual receptionist, facial recognition door access and the office management app, technology solutions allow the space to deliver a five-star tenant experience at scale. The middle offers adjusted workplaces with meeting rooms that can suit groups of various sizes.... More info 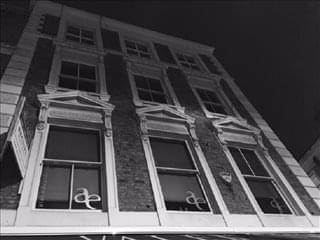 Modern, unbranded office spaces are found on three upper floors at this well-situated brick and stone period building. The property has a total of 2,535 square feet of office accommodation, catering to small and medium-sized organisations. Spacious cellular offices of various sizes are organised around a central corridor on each floor. 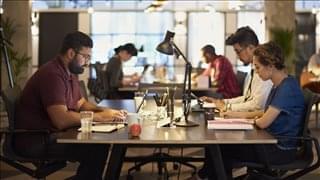 Centrally placed in Notting Hill, this business centre will boast stunning flexible office space and inspiring communal areas with stand-out services and amenities. Part of a dynamic scheme that sits right above Notting Hill Gate underground station, United House will offer businesses of all sizes to become a part of the diverse working community in the area. Providing an array of private offices, coworking and break-out spaces,... More info 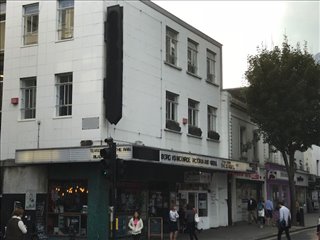 This new business centre is located in the heart of the busy Notting Hill area. The centre has stunning large windows which allow natural night to flow into the space, is fully air-conditioned, private kitchen area, fantastic dedicated broadband, comes fully furnished, superb wooden flooring throughout the building. The space is accessible 24-hours a day, great for companies that require flexible working hours. There is an on-site cleaning... More info 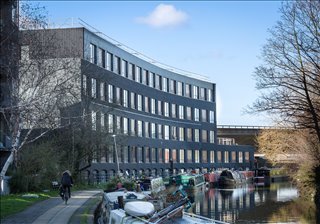 This Notting Hill space is an inspirational work environment, where designer/makers and micro businesses can meet, network and flourish in this bespoke purpose built creative studio complex. There are 100 studios from 120 â€" 1500 sqft, centred around a naturally lit 45m glazed atrium, internal & external garden courtyards, with many spaces overlooking the canal. The building offers a fabulous cafÃ©, event & gallery spaces, meeting... More info 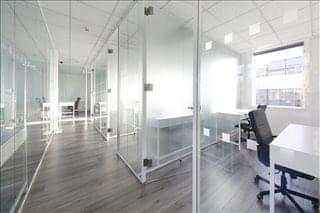 We offer a diverse collection of offices in Notting Hill to suit your company's unique requirements - from serviced office suites, individual hot desking options and shared workspace to industrial units, flexible office solutions and conventional private offices for lease. Our free search service is designed to assist you in finding the ideal London business location at competitive rates.

Notting Hill boasts a selection of stylish office spaces, from refurbished period and listed buildings to post-war buildings with modern accommodations. The area attracts business in a variety of industries and is particularly appealing to companies dealing with retailers. The proximity to London's West End also provides a good base for businesses in the media and creative industries.

Office spaces are found around Notting Hill Gate tube station, including along Pembridge Road and Notting Hill Gate. The embassies of the Czech Republic, Slovakia and the Russian Federation are just west of the station. Despite the fact that Portobello Road and Westbourne Grove are dominated by shops and restaurants, a number of small-scale offices are dotted throughout to provide space for smaller businesses and startups.

Notting Hill remained largely rural until the early nineteenth century. During this time, the area became known for brick and tile making. The district was also the site of several pig farms. As London expanded beyond Bayswater, Notting Hill became the focus of efforts to create a fashionable suburb for London. Instead of attracting the capital's richest residents, the area's large homes appealed to upper middle class Londoners looking for affordable alternatives close to Mayfair and Belgravia.

During the twentieth century, many of the large properties in Notting Hill were split in order to accommodate multiple occupants. The Second World War brought further decline in the district's reputation and housing market. By the 1950s, slums began to emerge. These were cleared during redevelopment efforts in the 1960s and 1970s, and during the 1980s Notting Hill began to see the return of single-occupant homes.

Notting Hill is now an affluent and multicultural neighbourhood within the Royal Borough of Kensington & Chelsea. The district is known for its fashionable character, including high-end shops and restaurants.

The charming neighbourhood in north-west London retains many of its stunning terraces of large Victorian townhouses that were built during the nineteenth century. With grand Victorian terraces and many properties with private gardens, Notting Hill is also a sought-after residential neighbourhood.

The Portobello Road Market draws shoppers and tourists from around the world. Saturdays are the market's day for antiques, although the market also hosts fruit and vegetable stalls throughout the week. The area has also hosted the annual Notting Hill Carnival since 1964. The two-day festival is held around the August bank holiday and is organised by London's British West Indian community.