West London private offices and coworking space to let on flexible terms. The all inclusive pricing gives you access to fantastic amenities and excellent transport links, with no setup costs. Take a look at the available serviced office spaces or give us a call on 020 3965 9617. 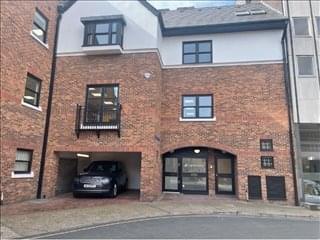 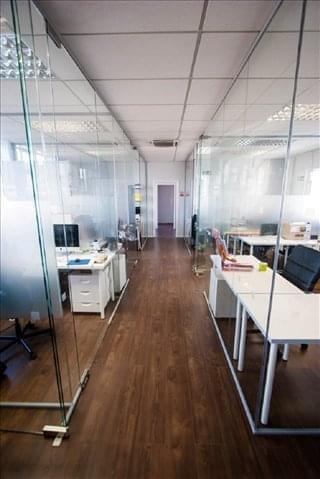 This business centre is available fully equipped, with office suites furnished to an exceptional standard with everything your business requires. Meeting... More info 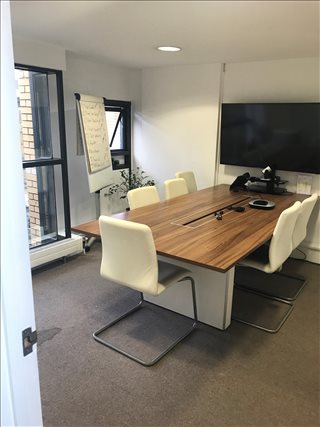 This modern, bright, airy centre located in the heart of London is the perfect place for a business to get comfortable and grow. This space offers meeting rooms and boardroom facilities, so hosting a business meeting or small event couldn't be easier. The first floor has the office space to rent, and access is gained from the main staircase. The space comes furnished and with air conditioning, and hot desking is available. There is also a... More info 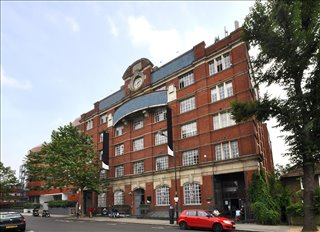 This centre, located in a prime area, attracts a variety of multimedia and publishing businesses, offering a range of recently refurbished, modern office space to rent in West London, within a unique period building. Amenities here include meeting rooms, 24-hour secure access, car parking, bike racks and a friendly, efficient on-site reception team to provide support and help your business thrive. The on-site cafe offers a range of hot and... More info 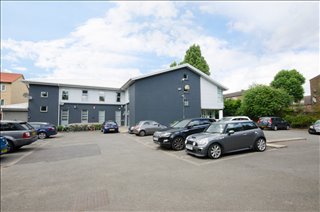 This business centre in a prime area of London offers bright office and studio space. The large windows and high ceilings make each office feel spacious and offer an abundance of natural light, creating a great work environment. Amenities here include parking spaces, and the availability of shower facilities. Cycling to work is a great option and with the on-site bike racks you will have peace of mind knowing your bike is safe and secure.... More info 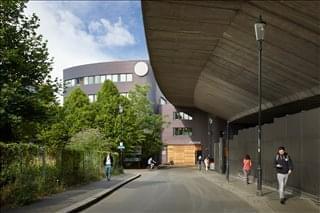 This centre is one of Britain's most imaginative studio complexes and office space locations; where design, service and location combine to provide a unique environment. The work studios are ideal for visual arts and multimedia based businesses. The centre provides office and studio space on flexible lease terms from 243-797 sq ft, as well as event space and professional meeting rooms. The building fosters an atmosphere where forward... More info 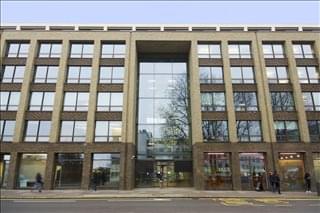 Part of an £80 million development of homes, a restaurant and cafe, shops, creative studios and West London offices on Ladbroke Grove, the scheme consists of 91 business studios arranged around a central garden, with sizes available from 200-5,000 sq ft. The centre manager is ready to help with any questions or issues, as is the staffed reception, who welcome your guests with a smile. The quality meeting rooms are available for you to use,... More info 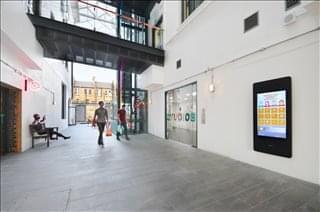 This centre situated in West London is a hub for creative businesses. The inspiring space offers a stylish edge to the business community based here, and its bar and restaurant offer plenty of opportunity to relax and network. You will have access to equipped office space with internet access, meeting rooms, galleries, screening rooms and a host of vibrant bars and restaurants in the area. The centre is ideal for business looking for... More info 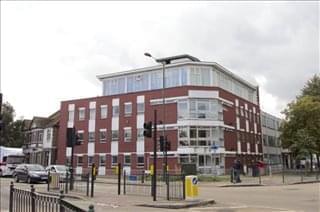 Furnished and unfurnished office space to rent at this West London property can be tailored to suit your unique needs and requirements. Serviced offices over ground and three upper floors also benefit from central heating and air conditioning, plus kitchen facilities and meeting rooms on each floor. The spacious, modern serviced offices are decorated to the highest standard to provide you with a stylish and comfortable... More info 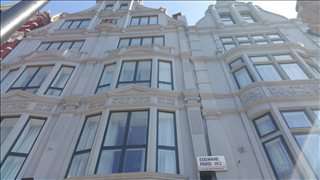 The interior of this charming building at 254 Edgware Road W2 1DS has been updated with modern fittings and tastefully decorated office space, making it one of the most recommended coworking spaces in the area. This shared office space to rent in West London includes hot desks, meeting rooms, and 24 hour access. Ideal for startups and entrepreneurs as well as for businesses with highly mobile owners, managers and employees who spend most of... More info

The main economic hub in West London is the West End, which is west of the City of London, the capital's leading financial and business district. It is Central London's main commercial centre, as well as one of the world's largest central business districts. The West End is also the city's key entertainment district and has many of London's major tourist attractions, including world famous theatres.

The area's popular shopping districts along Bond Street, Regent Street and Oxford Street attract millions of shoppers each year. Many businesses and government offices are also major employers in the West End, and several hedge funds are based here, which is also home to company headquarters in non-financial services sectors.

Outside of the West End, the region's major employers include the University of West London, which serves more than 10,000 undergraduate and postgraduate students and over 28,000 in further education programmes; and Heathrow Airport, the second-busiest airport in the world for international passenger traffic.

More than 1.4 million square feet of office space is under construction in the West End, according to Deloitte's Winter 2017 Office Crane Survey. 56% of these developments are new builds, with the remainder being refurbishment projects.

Serviced office locations are also found throughout West London, including business centres operated by Regus and other providers. Lakeside House and 6-9 The Square are serviced office locations at Stockley Park, a business estate in Hillingdon. Apple, Canon, Sharp, GlaxonSmithKline and other companies also have offices in Stockley Park. Regal House is a landmark building on London Road in the heart of Twickenham. Modern offices and serviced spaces are located just south of Twickenham rail station.

Park Royal is an important business park in the London boroughs of Brent and Ealing in West London. It is home to more than 2,000 businesses and over 40,000 jobs, according to the Park Royal Business Group. About a third of the food consumed in London is produced in here, which is a base for McVities, Heinz and other food and drink manufacturers.

The areas of West London and the west of Greater London are serviced by an intricate network of underground, rail and bus routes. Popular and notable stations include Notting Hill Gate, Goldhawk Road station in Shepherd’s Bush, White City tube station on the Central line, Chiswick Park, Turnham Green, Westbourne Park, South Acton and Acton Central, Stamford Brook on the District line and the Shepherds Bush and Kensal Green main transport interchanges. And with the many bus routes servicing the area as well as much of the office space in West London coming with bike racks, end of trip facilities and car parking, you can rest assured that whatever your desired travel and commuting methods, your flexible workspace or serviced office space in West London will accommodate you.

The West End is the historic heart of West London. The area expanded west from the ancient City of London, particularly as the capital's rich and elite looked for new places to live. It grew from the seventeenth to nineteenth centuries as palaces and town houses were built alongside fashionable shops and entertainment venues. Working class neighbourhoods emerged here during the nineteenth century as poorer residents moved into areas close to the City, including Covent Garden and Holborn.

The West End includes some of the most expensive areas of London, including Bloomsbury, Mayfair, Fitzrovia, and Marylebone. Oxford Circus, Piccadilly Circus, Trafalgar Square, Leicester Square, and Regent's Park are some of the area's top attractions. Notting Hill, Portobello Market and Kensington Palace are also in the area.

More broadly, West London includes a large section of the capital west of the City. It consists of the London boroughs of Brent, Ealing, Hammersmith and Fulham, Harrow, Hillingdon, and Hounslow. Parts of the London Borough of Richmond upon Thames are within West London, although the borough is also considered part of South London.

The area is home to Westfield London, a major shopping centre in the London Borough of Hammersmith and Fulham. Launched in 2008, it has more than 370 shops and services across more than 1.6 million square feet of retail space. Other places of interest in West London include Wembley Stadium and Wembley Arena in Brent and Syon House and Chiswick House in Hounslow.