We offer a diverse collection of office space in Acton - from serviced office suites, individual hot desking options and shared workspace to industrial units, virtual business addresses and conventional offices for lease. Our free search service is designed to assist you in finding the ideal business location at competitive rates. 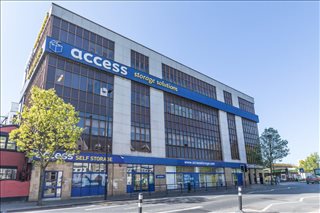 Acton office space for rent at 207-211 The Vale W3 7QS. Professional office accommodation in the form of workshops, units and offices from 125 to 390 square feet on short, flexible agreements complete with on site parking, security, reception services and more. More info 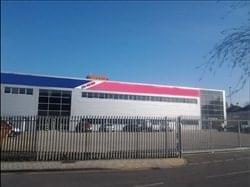 This business centre benefits from a full business service package including professional, dedicated reception and admin staff. This business centre is available fully equipped, with office suites, conference rooms, lounge and break out areas all furnished to an exceptional standard with everything your business requires. More info 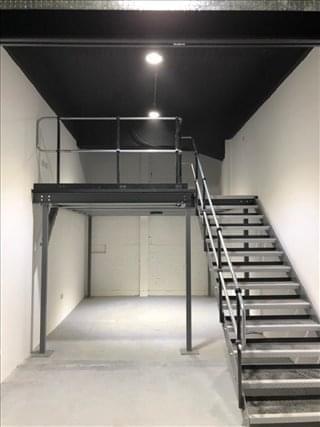 This property has been recently refurbished to provide affordable work space solutions for small businesses. The office space is ideally situated in Acton West London, making it very accessible for commuters. The units available range in size from 400 Sq Ft to 800 Sq Ft, perfect spaces for start-up and small companies. The units are ready to use and are available on a flexible agreement. The units can be used for a range of purposes, office... More info

Why You Should Rent Office Space in Acton

Acton was an important industrial centre during the twentieth century when the area's motor vehicle and components industry thrived. Although the area is now largely residential, some light industry remains.

Acton is a major commercial and retail hub within the London Borough of Ealing. Much of the area's economic activity is centred around Uxbridge Road, an old route linking London and Oxford.

Uxbridge remains close to the major route between London and Oxford, which nowadays is the A40. Straddling the London Boroughs of Brent and Ealing, the Park Royal business estate is a major economic driver and employer in North Acton. Central Middlesex Hospital and more than 1,200 companies are based at the business park, including about 500 food production businesses.

Commercial properties in Acton are focused along Uxbridge Road and High Street. There are also several businesses along Churchfield Road leading to Acton Central rail station. Office blocks are also found along The Vale to the south-west of the station.

A large concentration of commercial and industrial space is based around and to the north of North Acton station, including 1 Portal Way and the Park Royal estate. The Acton Business Centre is also found north of the station and has several light industrial units and small office units.

Many office solutions in Acton are purpose-built, although there are some examples of refurbished spaces. Europa Studios on Victoria Road is a warehouse-style building with modern office and studio spaces in the Park Royal estate, which has a number of office developments and coworking spaces. The building is popular with businesses in creative industries and start-ups in North Acton. Along with workspaces from 347 to 525 square feet, the brick office complex has an on-site cafe and parking.

Close to Acton Central station is 199 The Vale, a refurbished office building that offers businesses a prominent location and spaces with lots of natural light.

London Office Space has office listings for a wide range of serviced offices, coworking, shared and private office space in Acton and throughout Central London. The featured listings above represent a small selection of the currently available spaces. If you can't see the space you're looking for let us know what you're after and we'll find it for you.

Acton is located in Zone 3 of the London travel network and there are six stations in the area that share the same name including Acton Central, South Acton, West Acton, East Acton, Acton Town and Acton Main Line (National Rail).

Situated in the west of London, Acton derives its name from the Old English term for oak farm. The area started as a small village and was gradually absorbed by London's growth. Acton was mostly wooded during the Middle Ages, although much of the area's woodland was cleared by the seventeenth century. During this period, courtiers and lawyers in London had summer retreats in Acton thanks to its proximity to the capital. The town's character remained rural into the late nineteenth century. The area is now a popular place to live thanks to excellent transport links into London.