Our South London office search service is completely free to use, and our advisors are on hand to go that extra mile in finding you the perfect Battersea office space at cost effective rates. We offer a comprehensive range of workspace options in Battersea, London from private offices in serviced business centres, shared office space and hot desk rentals to office sub-letting, industrial units and warehousing, virtual offices and conventional commercial property leasing. 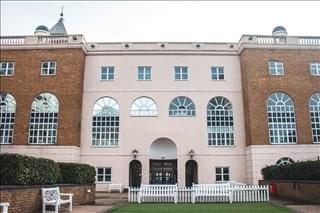 The interior of this modern is airy, bright, modern, and filled with an abundance of natural light. Tenants can benefit from a wealth of amenities, food and snacks, which are replenished daily. Furthermore, there is an office manager available to support your office needs and tenants will have access to a selection of meeting rooms across London. The building has air conditioning units, 24-hour access and breakout and lounge areas. Tenants... More info 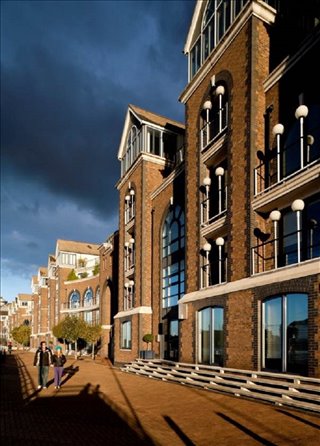 If you are looking for a great location and magnificent views of the river, this business centre might be the right choice. The property provides a range of self contained office suites from 476 square feet to 1300 square feet in size. Offices are let on flexible easy in easy out terms. More info

This collection of Battersea offices on Calico Row offers a fabulous waterside location close to the River Thames. Situated in south-west London, this brick-and-glass office building features attractive offices in various sizes. Each space is finished to a high standard with CAT2 lighting, air conditioning and high-speed broadband connections. 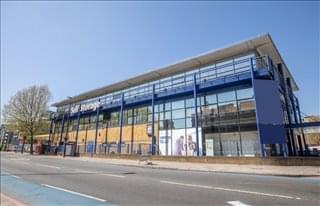 This is a modern property, with attractive glass frontage, located in a popular area of Battersea. Office space, industrial units and workshops are available from 200sqft to 1100sqft. More info 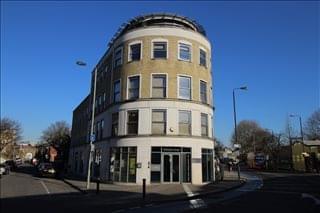 You can now secure an affordable office for rent in Penhurst House at 352/356 Battersea Park Road, Battersea SW11 3BY. This South West London business centre offers fully serviced premium office space to rent on flexible agreements. With state of the art facilities and services that include conference facilities, secretarial support and a staffed reception. Tenants benefit from onsite car parking, CCTV security, 24/7 access and a gym. More info 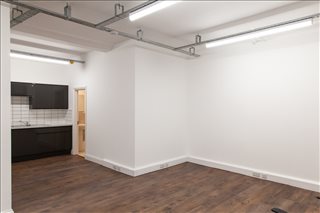 A range of newly refurbished private offices are available now at this fantastic central address in London. Each of the modern self contained studios have been finished to an excellent standard and feature a private kitchen with refrigerator and storage as well as a private WC. The space is available on flexible licenses or leases and is accessible 24-hours a day, allowing for tenants to set their own work schedule and adhere to their own... More info 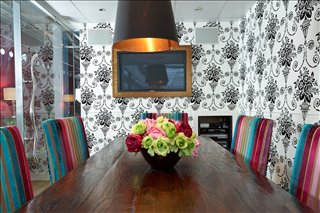 This is an expertly designed, serviced co-working space dedicated to individuals and small companies. It is made up of like-minded professionals from a diverse range of industries, who were tired of working from home or in stifling, dark, unimaginative offices. Now they enjoy their own dedicated desk in a great 'big office' atmosphere, impressing clients with the beautiful and stylish decor. It is fitted with top quality, reliable and... More info 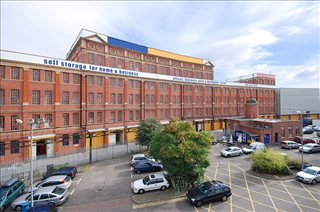 This business centre at Ingate Place, Battersea offers a range of serviced business accommodation, including furnished office solutions or unfurnished offices and workshops. Studios and warehouse spaces are also available. With a diversity of units, the centre's business community represents a wide variety of sectors.

There are a range of sizes available, from 120 to 3,000 sq ft with each office available on short- or long-term... More info 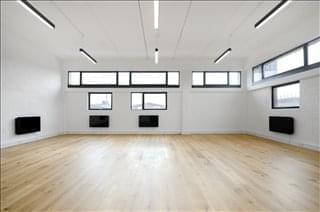 This centre is comprised of two buildings and offers both office and light-industrial space. The centre benefits from an abundance of natural light and also comes with loading bays providing good loading access and roller shutter doors within the light industrial spaces which, twinned with the accompanying CCTV, will provide peace of mind to tenants who are storing valuable things within their unit. Space within the centre is very versatile... More info

Why You Should Rent Battersea Office Space

After industry left Battersea from the 1970s onward, many former warehouses and factories were converted into new housing and offices. Industrial properties have also been demolished to make way for modern apartment and office blocks.

The iconic Battersea Power Station has been the focus of several redevelopment attempts, the latest of which calls for a new commercial and entertainment complex. Apple will be the largest tenant when it moves in during 2021. The technology giant will occupy about 500,000 square feet across six floors at the former power station.

The new business quarter will feature up to 1.25 million square feet of offices as well as other housing and leisure facilities. The redevelopment project is part of broader efforts to regenerate Nine Elms. A collection of 20 development sites totalling 195 hectares will reinvent a large part of Battersea between Chelsea Bridge and Lambeth Bridge.

Office options in Battersea include modern spaces in heritage properties and contemporary developments with the latest technology. Lavender Hill, Battersea Park Road, St John's Hill and St John's Road are some of the most important commercial corridors in the area. These streets have a selection of serviced offices and business centres as well as other commercial properties for businesses in virtually any sector.

One example is Le Bureau, an open-plan serviced office space solution at Battersea Studios, Silverthorne Road, Battersea. This vibrant business community has contemporary work spaces for teams of up to 100 people. Home to more than 50 businesses, from early-stage microbusinesses to established companies, Battersea Studios is one of the Battersea business centres located close to Battersea Park. It has on-site facilities management and bicycle parking. Le Bureau is designed for professionals and businesses looking for desk space in temporary offices and hot desks in a coworking environment. The stylish space has designer furniture and state-of-the-art technology, as well as bright and spacious meeting rooms and quiet spaces.

London Office Space has office listings for a wide range of serviced office space, coworking, shared and private office space for rent in Battersea and throughout South London. The featured listings above represent a small selection of the spaces available. If you can't see what you're looking for let us know what you're after and we'll find it for you.

When it comes to transport links, Battersea has both tube and railway stations. Battersea Park train station offers direct access to Sutton, Crystal Palace and Victoria stations. Clapham Common underground station on the Northern Line in Zone 2 is another option for easy access to Central London.

The largely residential district of Battersea sits within the London Borough of Wandsworth, London. Prior to the Industrial Revolution, much of the area was used for farming and provided food for residents of London and beyond. The area now known as Battersea began to grow in the sixteenth century with the arrival of Huguenots fleeing from France. Farmland was replaced with breweries, mills, and printing operations. With the Thames providing important transport links, industrial growth increased from the 1750s.

The area's industrial past remains evident along the edge of the River Thames, most notably with the imposing smokestacks rising above Battersea Power Station. At the same time, Battersea is evolving with new modern housing and beautiful park spaces alongside sought-after gastropubs and restaurants. This has attracted a diverse blend of businesses, a trend that is likely to linger as regeneration efforts continue.

Battersea is home to the New Covent Garden Market in Nine Elms. The sprawling market is the largest wholesale fruit, vegetable and flower market in the UK and serves some of the capital's best restaurants and hotels. The Royal Academy of Dance is also based in Battersea, London.

Browse the listings above for Battersea serviced offices and shared space to rent with inclusive pricing, covering rent, business rates and facilities. In addition to the currently available office rentals listed above, we are also able to help you find other offices to rent in Battersea, South London. Fill in the Quick Quotes form or call now to speak to an expert 020 3965 9617.