We have a substantial portfolio of Bayswater office space for rent, and experts dedicated to finding you the ideal business location in West London. Whether it be serviced offices, flexible rentals, short term space, hot desking, freelance friendly shared workspaces, commercial units or virtual office solutions - we can help you find the ideal spot to set up shop and get busy working right away. 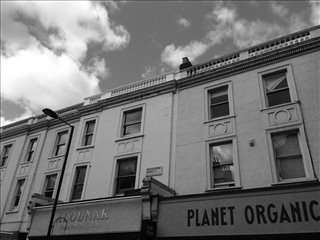 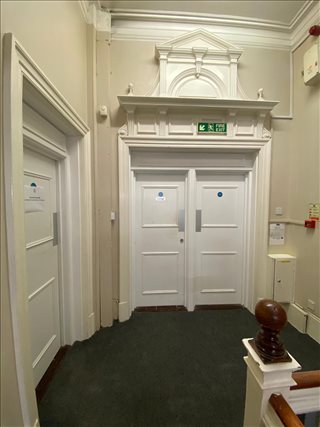 The office is located on the 1st floor of a 1850s Victorian red brick building with 4m ceiling heights and original herringbone parquet floors & marble fireplace. Palace Court is situated right in between Notting Hill Gate and Queensway station; Hyde Park located just across the road and there is a plethora of restaurants, cafe, shops and banks minutes away. You will be given a set of keys with 24/7 access so you can work on executing your... More info 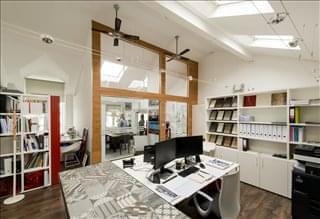 This impressive business centre in Notting Hill offers coworking spaces within a modern and stylish top floor office. The centre is very well connected with great nearby transport links. There are meeting rooms available for use as well as high speed WiFi. The office is beautifully designed with lots of space, ensuring a relaxing work environment. The gated building is accessible 24-hours a day, allowing for maximum flexibility with... More info 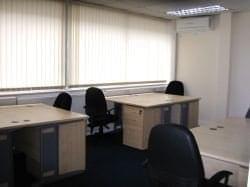 Furnished to a very high standard and benefiting from stylish decor, the offices are available on a... More info

Why You Should Rent Bayswater Office Space

Tourism and hospitality are major sectors in Bayswater, which has several hotels amidst its pretty streets and garden squares. The area's busiest streets are Queensway and Westbourne Grove, both of which serve as retail and business destinations. Many Chinese and Middle Eastern establishments are found along Queensway, which also has numerous pubs, cafes, souvenir shops, high-street retail outlets. Whiteleys, London's first department store when it opened in 1867, is at the northern end of the street.

Queensway is also an important centre for entertainment and leisure industries. The Queens Ice and Bowl is a major entertainment hubs with an ice rink, bowling lanes, and other attractions. Westbourne Grove is home to a mix of high-street chains and independent retailers catering to fashion-conscious and trendy shoppers.

Bayswater offers businesses a central location with excellent transportation links. There are also a range of restaurants, cafes, pubs and other amenities in the area. There are several office solutions close to Bayswater, particularly around Paddington station.

Paddington has been the focus of significant redevelopment, especially related to the Paddington Waterside scheme. Since 1998, the area has experienced large-scale regeneration with new residential and commercial developments. With the last of construction projects completed in 2019, Paddington Waterside delivers approximately 10 million square feet of residential and commercial space less than a mile from the heart of Bayswater. Major developments within the Paddington Opportunity Area (POA) include Paddington Central, which is home to large offices for Prudential, Kingfisher, AstraZeneca, and other companies.

Office developments in Bayswater are largely small scale developments in converted Victorian properties. Commercial properties are concentrated along Queensway and Westbourne Grove. Just off Westbourne Grove and within a short walk from Bayswater tube station is 3 Monmouth Road. Serviced offices are housed within a Victorian building. Facilities include conference suites, furnishings, kitchens, and 24-hour reception.

There are also modern developments, including 32 Queensway. Built in the 1970s, the mixed-used building includes two floors of serviced office accommodation. Office spaces are designed for small businesses that require between one and eight workstations. Amenities include a business lounge, staffed reception, and meeting spaces.

London Office Space has office listings for a wide range of serviced offices, coworking, shared and private office space in Bayswater and throughout West London. The featured listings above represent a small selection of the currently available spaces. If you can't see the space you're looking for let us know what you're after and we'll find it for you.

Bayswater is a diverse area within the City of Westminster and the Royal Borough of Kensington and Chelsea. Its population includes significant American, Arab, Brazilian, French and Green communities. The densely populated yet attractive neighbourhood boasts Victorian stucco terraces around garden squares and along its streets. Bayswater sits north of Kensington Gardens and Hyde Park and is west of Paddington station. Notting Hill and Portobello Market are west of Bayswater. In addition to being close to these attractions, the area is also home to St Sophia's Cathedral. The cathedral is at the heart of Bayswater's Greek community.

Bayswater, Queensway, Nottinghill and Park Royal tube stations serve the area and Paddington Mainline railway station is a ten minute walk, providing links to towns and cities throughout the UK

These shared and private offices in Bayswater are offered on flexible, competitive rental rates. The offices feature a comprehensive selection of facilities and services such as a manned reception with telephone answering, secretarial support, WiFi and broadband, meeting and conference rooms, telephone systems, central heating and air conditioning, car parking, bike racks, kitchens and showers, 24 hour secure entry, and more.

Browse the listings above for Bayswater serviced offices and shared space to rent with inclusive pricing, covering rent, business rates and facilities. In addition to the currently available office rentals listed, from time to time we are also able to offer offices to rent in other prime office locations in Bayswater, Central London. Fill in the Quick Quotes form or call now to speak to an expert 020 3965 9617.